Things to do; Places to go; People to see

I have been silent for a while but I will be back soon.
I have had the flu which has scuppered some of my Christmas holiday plans. I'm, therefore, going to enjoy one of the perks of being self employed and extend my holidays until February. Meanwhile, if you have any old photos or stories, you know where to find me. 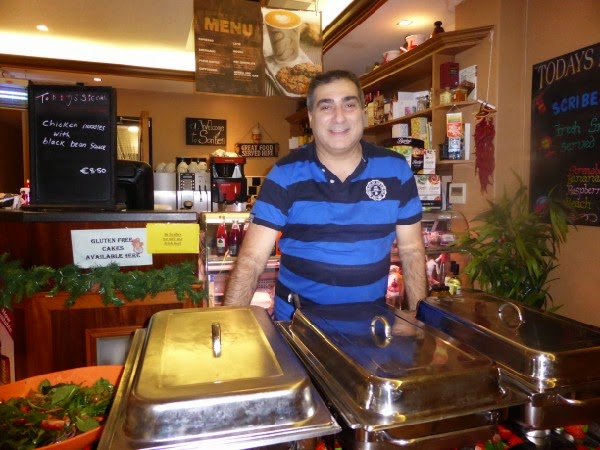 Namir cooked a lovely dinner for his Knitwits and Craftshop friends. 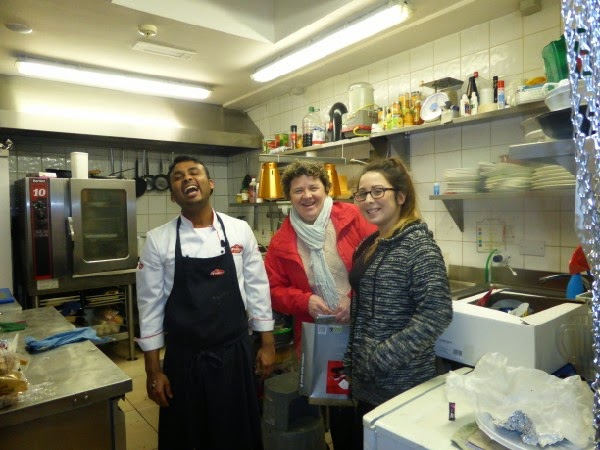 All hands on deck:  Abraham, Kay and Roza pitched in to help out on the night 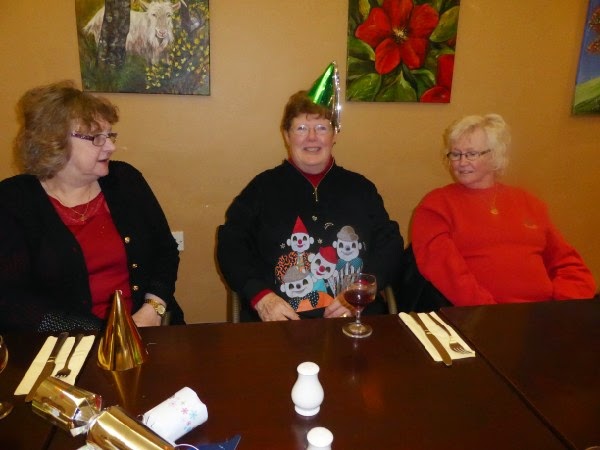 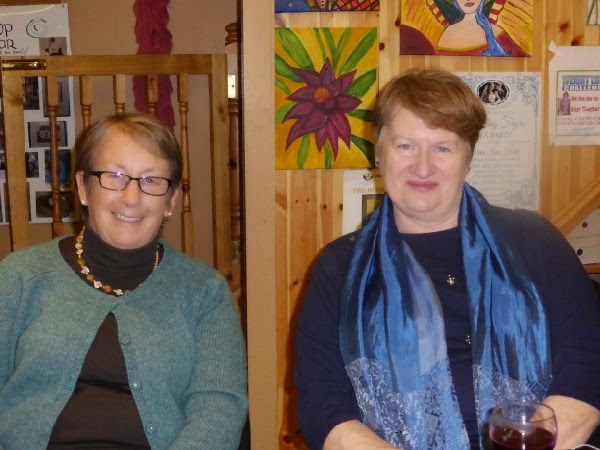 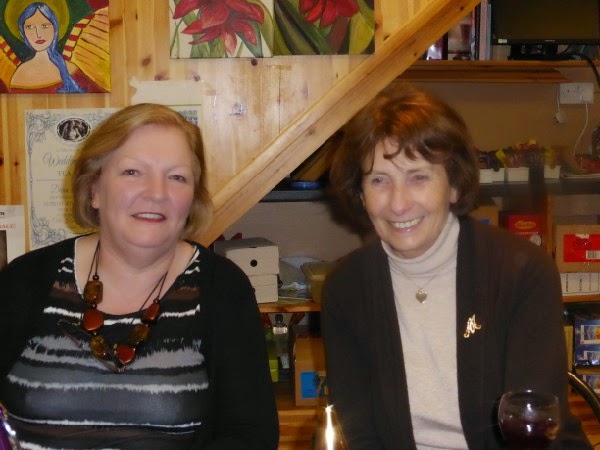 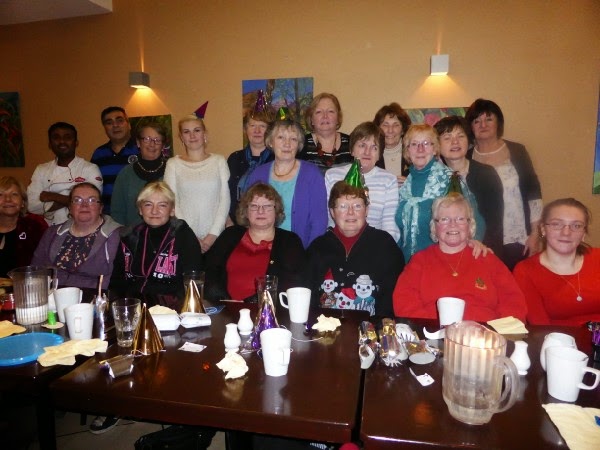 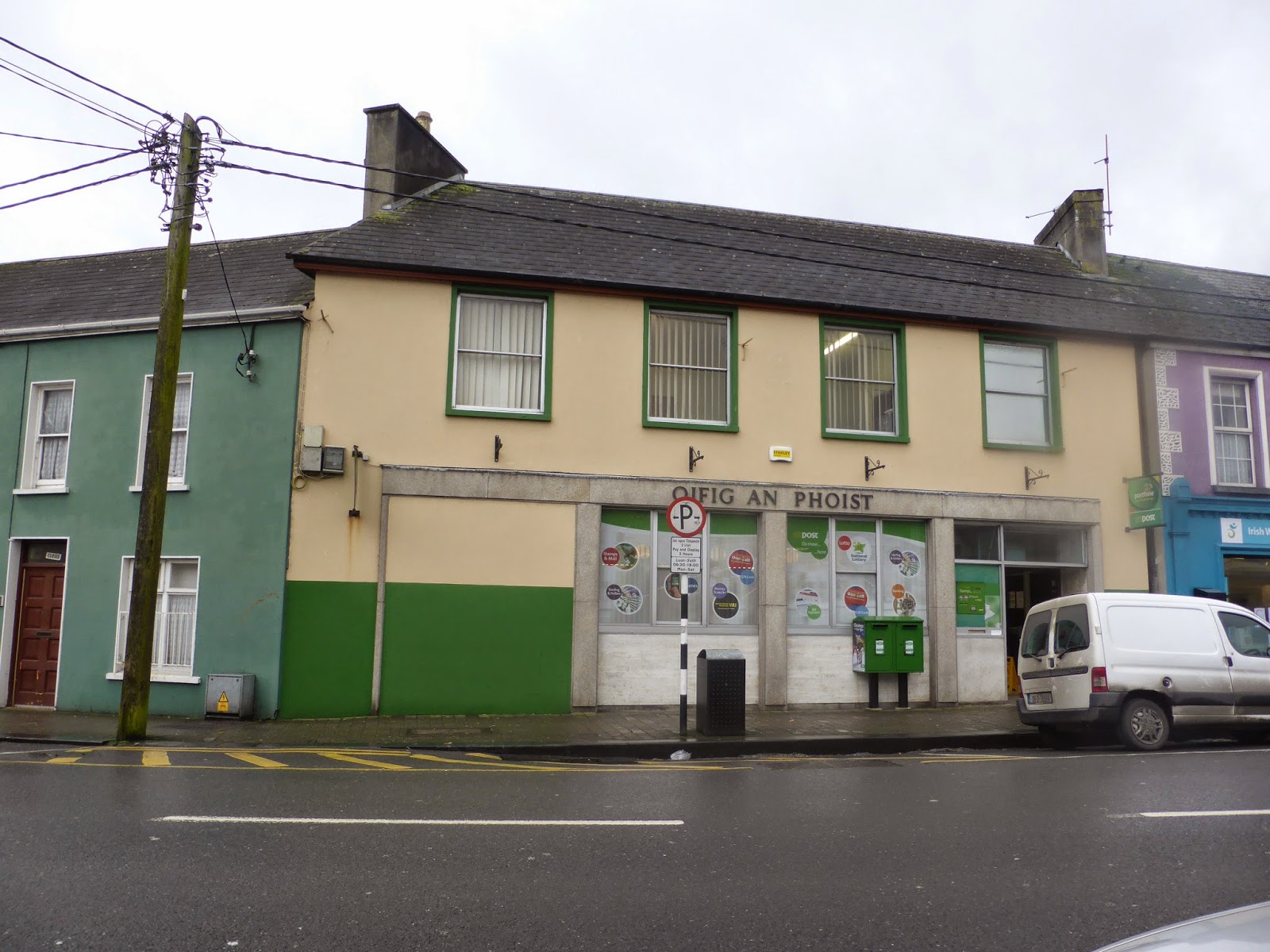 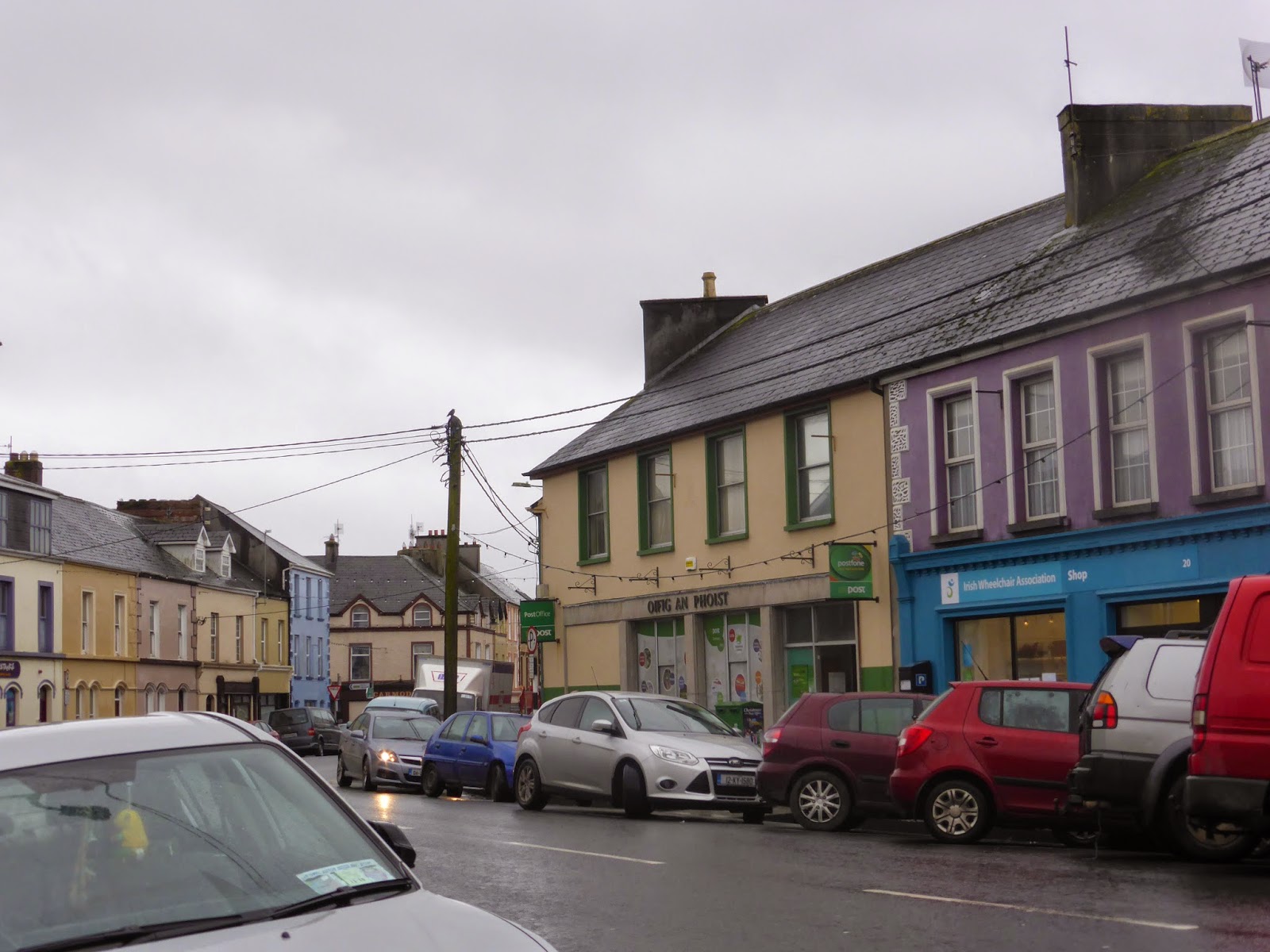 Its present location at Upper William Street is not ideal. Parking is difficult and vulnerable old people often have to make their way across a busy street to collect pensions or do other business. The sight of customers queueing in the rain sends a message to all and sundry that the post office needs more space. So with a change of management structure, now was the time to consider relocation.

Relocation to a shopping centre at the edge of town is not the answer.

A shopping centre? you ask.

Yes, for that is what this location will become. People will come here for the post office and then do all their business in this area and never come into town at all.

In my humble opinion a far better location would be any of the empty shops in the town centre, where the post office could stand alone as it always has done. Listowel people have seen their post office relocate to several different locations and have never objected to any of the moves because the service was always centrally located and accessible.

An Post customers in Listowel need a big, well staffed post office. They need an area to queue in reasonable comfort. They need a degree of privacy to conduct their business. They need safe parking close by. They would like to have been consulted in the process to find the premises which would best answer these needs.

That is why I am supporting the march on the 17th. I have no hopes that the protest will achieve anything but it will demonstrate to An Post that people would like to be consulted on these very important issues in future. 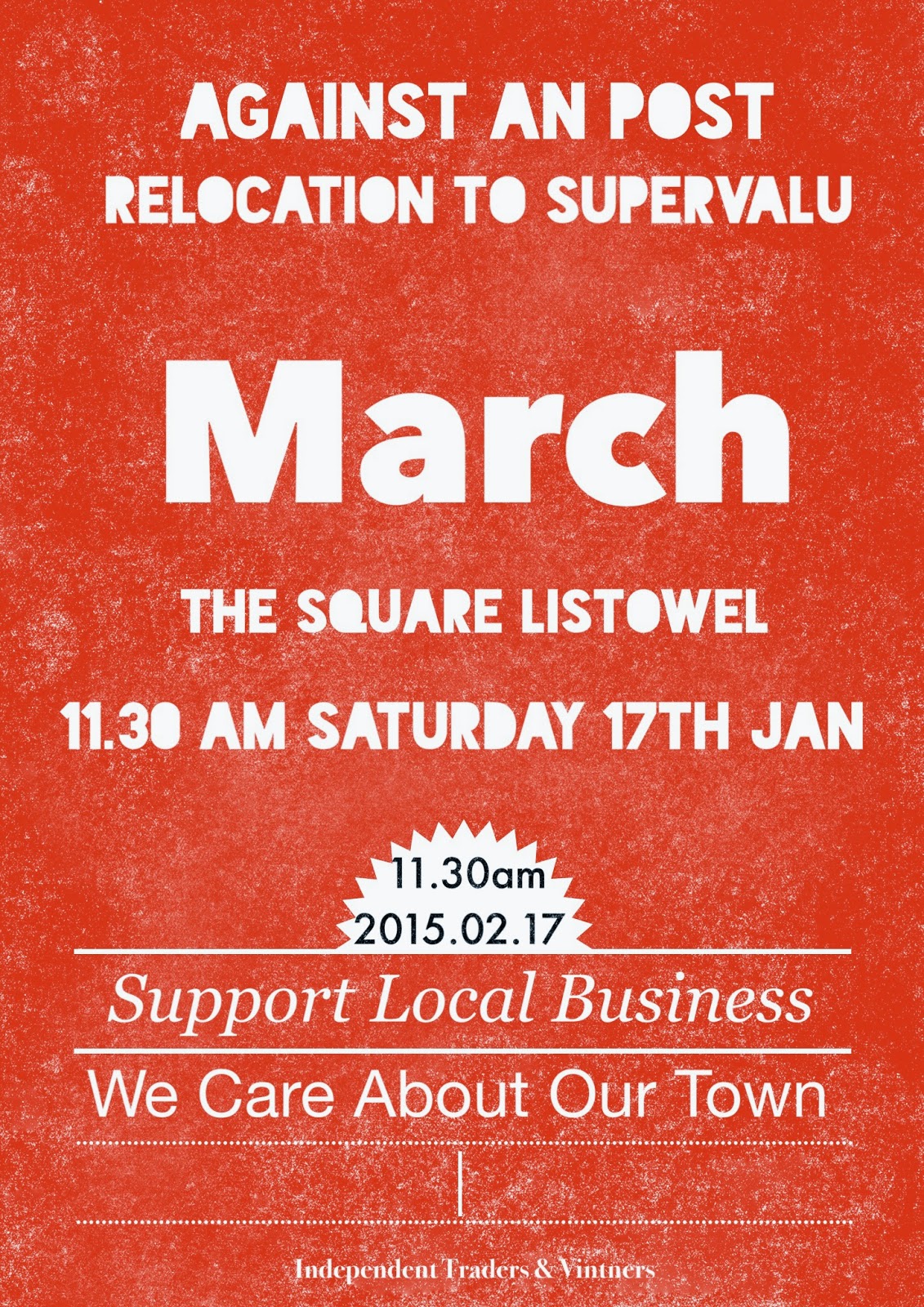 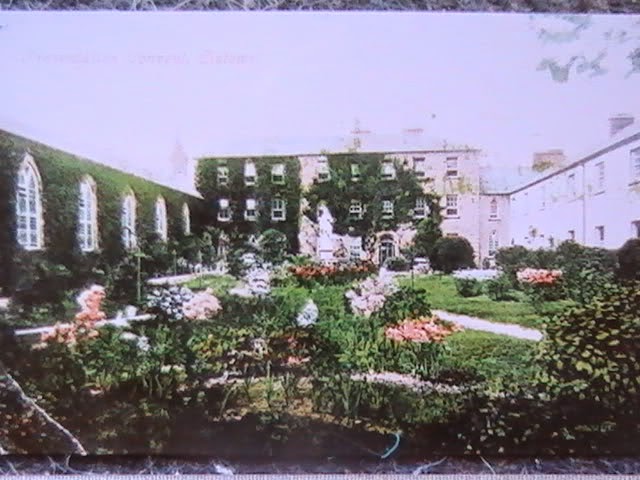 It all began in 1842 when Fr. Darby Mahony, the then Parish Priest of Listowel, decided to build a Presentation Convent in Listowel. In May 1844, four nuns came to Listowel from Milltown, to run the convent. Their main objective was to open a National School in Listowel.

On the day of the opening 300 pupils attended but this number soon rose to 500. Pupils were not only from Listowel but many attended from the surrounding areas. Amongst the attendance were some adults who were preparing for Confirmation. The nuns had just begun to raise funds for the building of an adequate school and chapel, when disaster struck. The famine of 1845.

With money of their own and with the help of donations, the nuns sought to make the pupils as comfortable as possible. They served the pupils a breakfast of bread, a mug of boiled rice and a little milk almost every day thourghout the famine. Money subscribed in England for famine relief was distributed by the authorities and some was raised by the nuns to purchase rye bread. This, again, they gave to their pupils. Because of their dedication to their pupils and comunity, many of the nuns died due to overwork and under-nourishment.
After 1848 the situation improved. Due to hard work, perseverance and a
little help from God, the nuns raised enough money to go ahead with the previously planned construction. In 1849 the convent chapel was built and in 1852 an infant school with a number of classrooms was also built.

Mainly due to the fact that the Presentation Sisters are dedicated to the Holy Cross, a large cross was erected in 1853 on the Infant School. Because of the rules of the National Sschool board, the Comissioners of National Education ordered it to be taken down. The order was ignored. A series of letters from the Comissioners ordering the nuns to obey were all rejected In 1856 Fr. J. McDonnell the Parish Priest of Listowel at that time, refused to become Manager until the cross was removed. This didn't bother the nuns and to this day the cross is there to be seen by everyone.

The reputation of the nuns as teachers was so good that parents from outside areas, ambitious for their children found them board in town so that they could attend the convent school. An average of 80 girls were boarding in Listowel at this time. The nuns, as charitable as ever, distributed clothes and goods to the needy pupils.  The clothes were distributed on certain days of the year. 100 to 500 pupils received a meal of bread and milk or bread and coffee (when milk was scarce) and soup in winter.

Presentation Secondary school celebrated a significant milestone with the appointment of the first lay principal in 2014. It is time to write the history of the school so far.

If you have photos or stories, please contact me.
Posted by Listowel Connection at 07:30 No comments: Links to this post