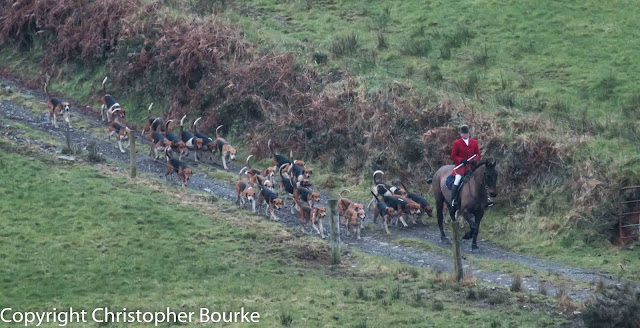 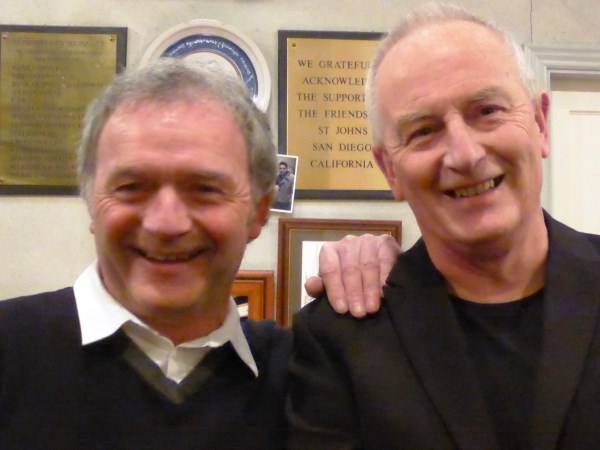 Two of Coolard's old boys, Robert Bunyan and Joe Murphy took us on a trip down memory lane on Saturday, March 5 2016 as they helped their friend, Maurice O'Mahony launch his book full of history and memories of the school.

Robert remembers a time when the boys and girls were segregated by a high wall, which he compared to the Berlin Wall. He was warned that, like the Berlin Wall, if he attempted to climb it he'd be shot. Undeterred the bould Robert climbed it and lived to tell the tale.

He told us about the day he was put in charge of the class while the teacher was on an errand. Even then football was a subject on his mind and, spying a ball of wool one of the girls had brought for knitting, Robert decided to try a kick in the style of one of his heroes, Paudie O'Donoghue. Unfortunately for Robert, the master chose that moment to re-enter the classroom.

That was the last time Robert Bunyan was put in charge of the class in Coolard.

Robert's dad was also a past pupil of the school and he contributed many of his memories to Maurice in the course of his research, memories that are now there forever to be treasured by his family and the wider diaspora of Coolard. 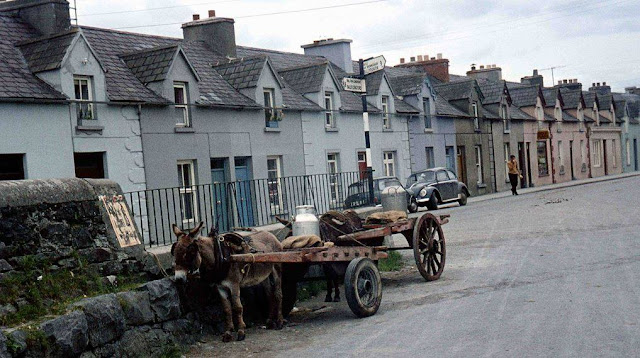 Bernard O'Connell shared this old photo on his Facebook page. Bernard grew up on this street in the house with the TV aerial. The two donkeys on the way home from the creamery are probably waiting for their owners to pick up a few messages in the nearby shops. The railings and wall are part of the railway bridge that used to be over that part of the street.

A Tale of two scamps

CLEVER ESCAPE FROM A BRIDEWELL. An incident of a novel nature occurred
at  Listowel on Monday, in connection with the cleverly planned
escape from the bridewell. A lad named Mulvihill, aged 13 year, had
been convicted about five months ago at Tarbert Petty Sessions, of
stealing a dog, and sentenced to five years in the Upton Reformatory.

On his removal, after leaving Tralee gaol, he succeeded in giving the
gaol officer the slip, and managed to elude the police until last
Saturday, when he was apprehended at Ballylongford, and lodged in
Listowel bridewell preparatory to being sent back to the reformatory.

His younger brother, aged about 11 years, visited him on Monday, and
while in the cell with him the prisoner exchanged clothes with him ;
and thus disguised, he was allowed to pass out by the official, who
naturally believed he was the brother who had passed in some minutes
before.

The mistake was of course soon discovered.  but the escaped
culprit had a good start, and has not been recaptured. The brother is
kept in custody, having been remanded to next petty sessions.

Craftshop na Méar was well represented at the launch of Colourful Spirits' latest show in the beautiful Red Door Gallery in Newcastlewest on Thursday evening March 3 2016. If you are in the West Limerick area do drop in. There are some really intriguing artworks there. 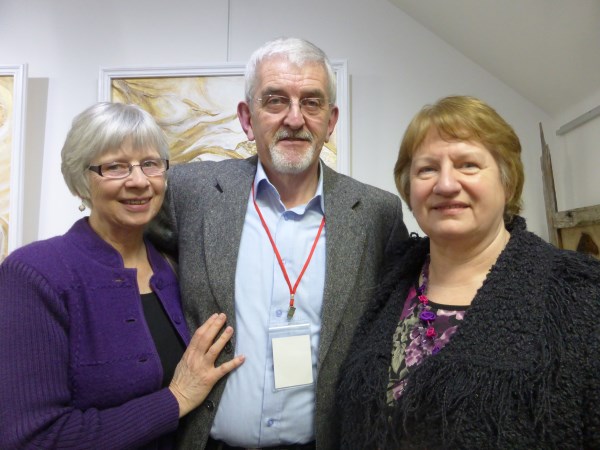 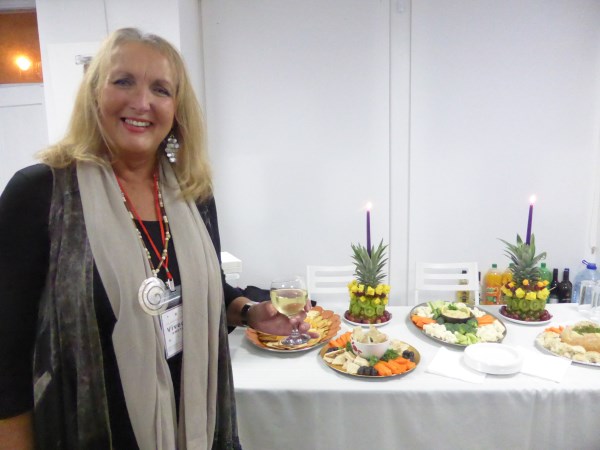 Viveca Amato showed us that she is also a culinary artist. Her food displays on the night were works of art. They were the big talking point of the launch. 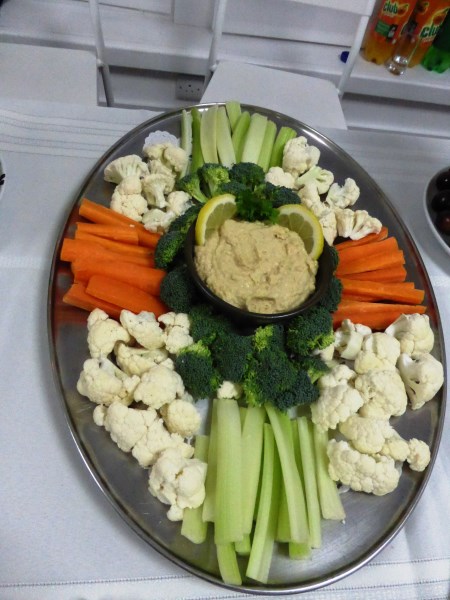 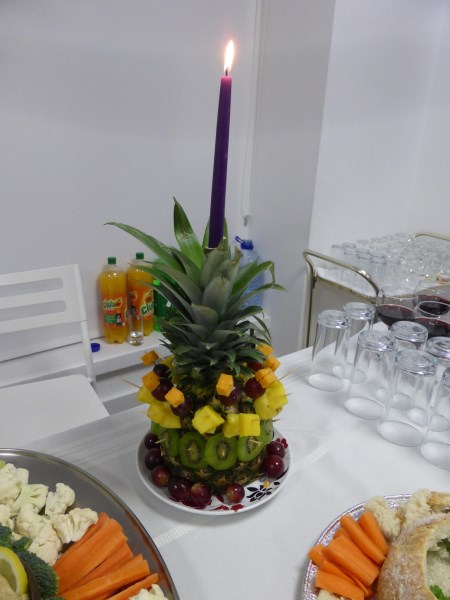 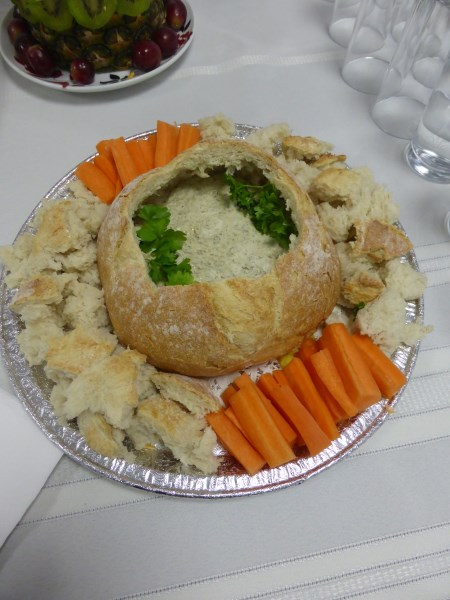 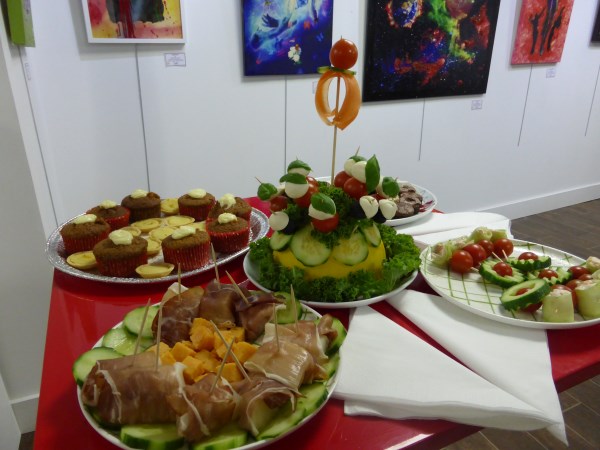 Operation Transformation Thought for the Day

Commentators through the ages have come to the same conclusion.