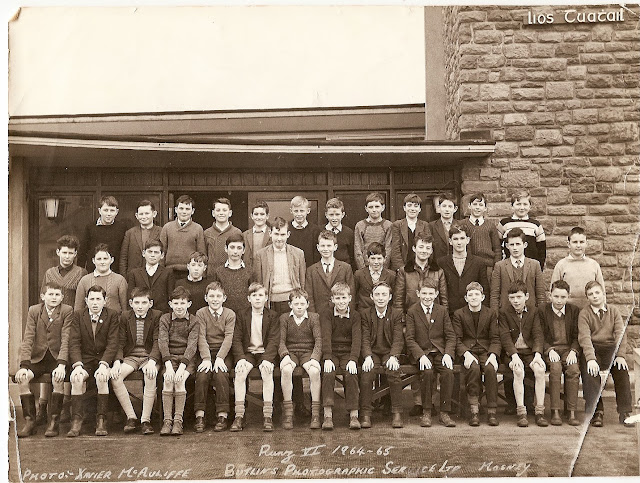 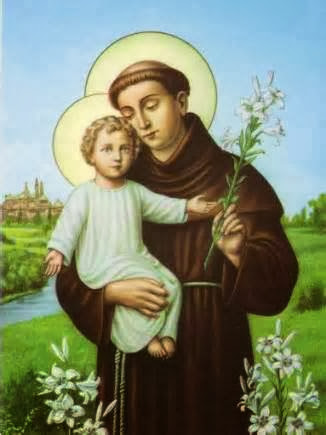 The relics of St. Anthony are currently on a tour of Ireland and are attracting huge crowds. 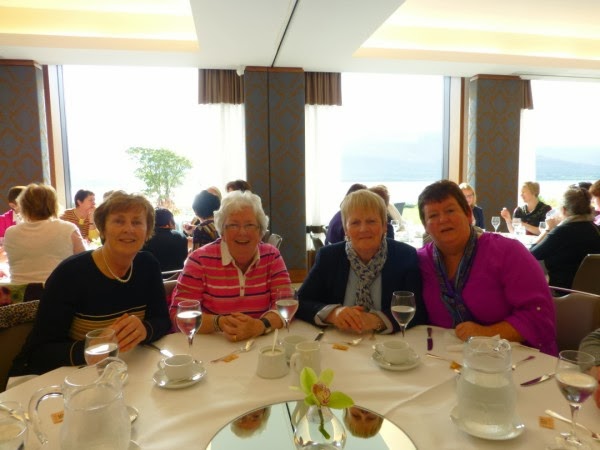 You could meet me anywhere these days! Here I am with Mary, Gail and Breeda from Kanturk in the Hotel Europe at the annual Women in Agriculture Seminar. I joined 650 other women for this great day  out. The seminar addressed issues like Mental Health, Starting an on farm business and the thorny issue of succession to the family farm. I learned a lot. 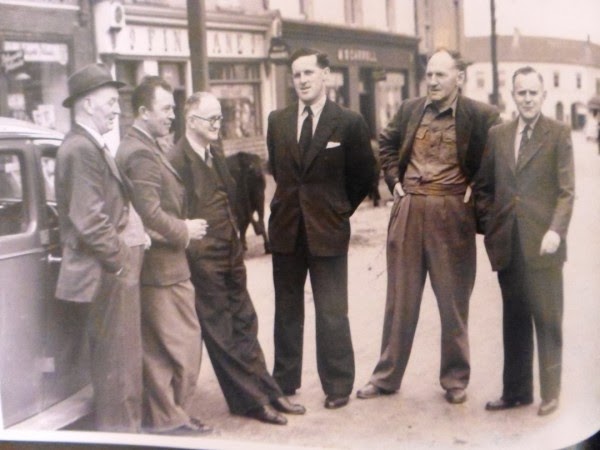 This photo is from Vincent Carmody's Snapshots of an Irish Market Town. These Listowel men are;
Jack Lynch, Frank Sheehy, Louis O'Connell, Vincent Walsh,Gerard McElligott and Michael Keane. and the photo was taken around 1950.

Due to a glitch in amending Wednesday's post I posted today's post as well on Weds. This is the last post for this week so you will not hear from me now until Monday next.  Enjoy the weekend!
Posted by Listowel Connection at 07:30 No comments: Links to this post

Weeshie Fogarthy  drew our attention to this article in The Irish Times.
It makes interesting reading.

The wind that shook the Farney

The Civil War has been on my mind for another reason this week, because among the windfall of autumn books that have fluttered into my mail-box lately is one called Forging a Kingdom: The GAA in Kerry 1884-1934.

Written by UCD academic Richard McElligott, it traces the first 50 years of Kerry GAA as the formative period that established the county's national dominance, at least in football. And of course the decade after 1916 was pivotal to this development.

The commitment of Kerry players in those difficult times is testified by the story of John Joe Sheehy's appearance in the 1924 Munster final. Sheehy would have been an automatic starter at corner forward. But there was a slight problem on this occasion in that, as a prominent anti-treaty militant, he was still on the run.

Naturally, however, football took precedence. On the day in question, he entered the Limerick venue as a spectator and, before throw-in, emerged from the crowd, togged out, to take his place. It's almost needless to add that Kerry won, after which Sheehy's warm-down routine was to disappear back into the crowd and resume his fugitive status.

A year earlier, the same man had been among the first arrivals at Ballyseedy after eight of his colleagues were massacred in the single most notorious incident of the war. So not the least impressive thing about the Limerick appearance was that it was facilitated by his team captain, Con Brosnan, a Free State Army officer who arranged safe passage.

But the part of McElligott's book that most fascinates me, for personal reasons, concerns a game six years later: the All-Ireland Final of 1930 (by which time, incidentally, the now off-the-run Sheehy had become Kerry captain).

This was the first and still, sad to say, only senior (men's) All-Ireland final involving my own county, Monaghan. And although there can't be many supporters left alive who witnessed it, the trauma has since passed into folk memory, where it continues to be painful.

Whatever divisions lingered within Kerry football after 1923 had clearly resolved themselves by then. A uniting factor may have been the death, on the eve of the match, of Dick Fitzgerald: a giant of Kerry GAA. Indeed, his bereaved county men at first wanted the final called off, and when it went ahead anyway, they probably needed no extra motivation.

But, as the book suggests, they had some. Kerry were also by then perceived to be a predominantly republican outfit. The Monaghan team, by contrast, "contained several officers in the Free State Army". The northerners may also have been tainted by association with Gen Eoin O'Duffy, then Garda commissioner and future Blueshirt.

Either way, Mc Elligott writes, "the match would enter GAA folklore as the last battle of the Civil War". The result on the scoreboard was bad enough – an 18-point win for Kerry: 3-11 to 0-2. But the beating handed out by Sheehy and his men was not limited to goals and points.

Afterwards, Monaghan lodged an official complaint, both about Kerry's "brutality" and the apparent bias of the referee, who was said to have waved play on at one stage when the losing team had three players down injured. At a central council meeting, the Ulster team's representative likened the match to a "Spanish bull-fight".

To this day, a vague but collective memory in Monaghan has it that, during the second half, an unnamed substitute refused to play when asked, having become a conscientious objector. Despite which, the complaint was thrown out.

That Kingdom side went on to complete a four-in-a-row, although there was some retrospective corroboration of the complaints against them when, before the 1932 final against Mayo, the referee was moved to enter the Kerry dressing room beforehand and harangue them about their persistent "blackguarding" (McElligott's word) of opposition players.

Monaghan, as I say, have not been back in a senior final since. Maybe this is one potential area of closure that should be discussed at the aforementioned Civil War conference in Athlone. In any case, the day-long event will take place on November 23rd at Custume Barracks. Booking and other details from midlandconference@gmail.com. 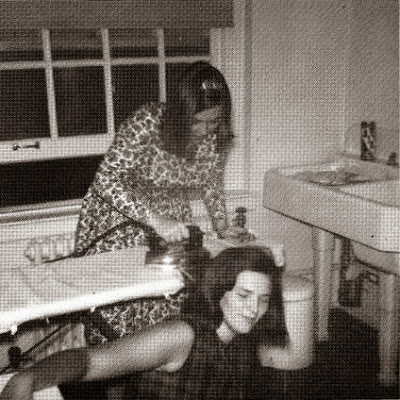 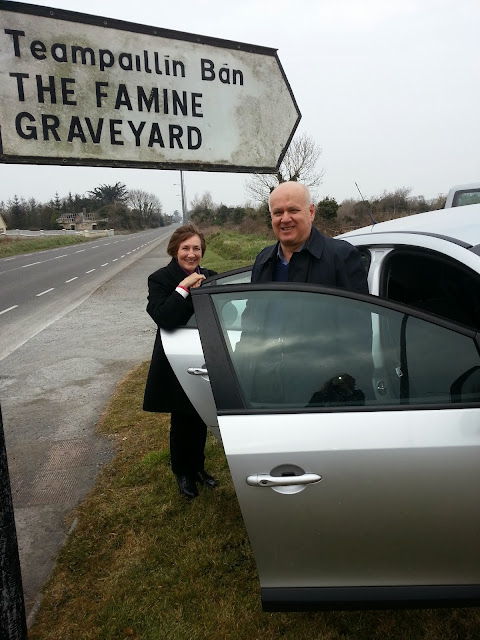 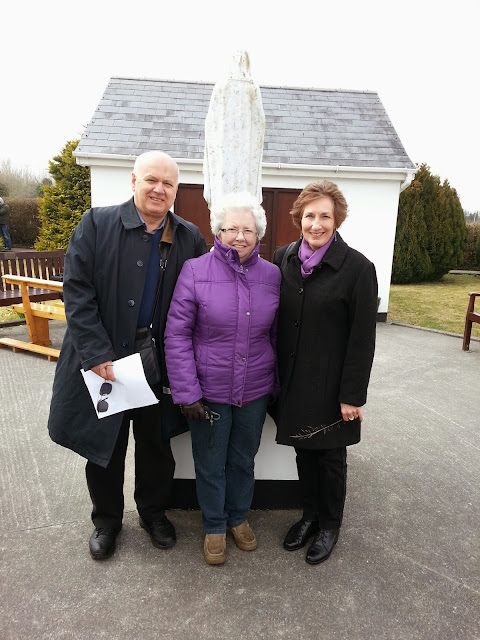 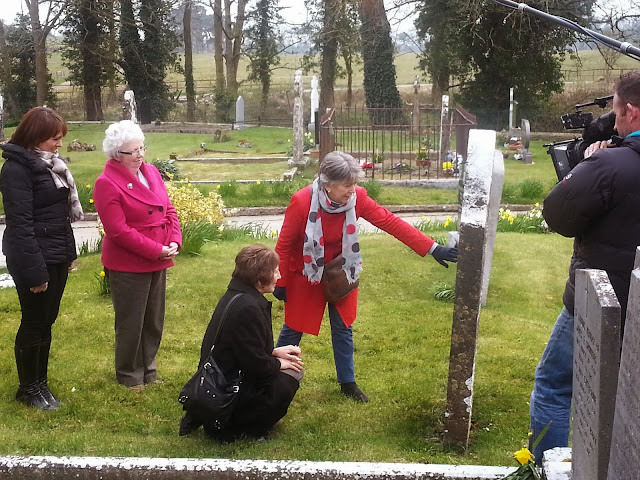 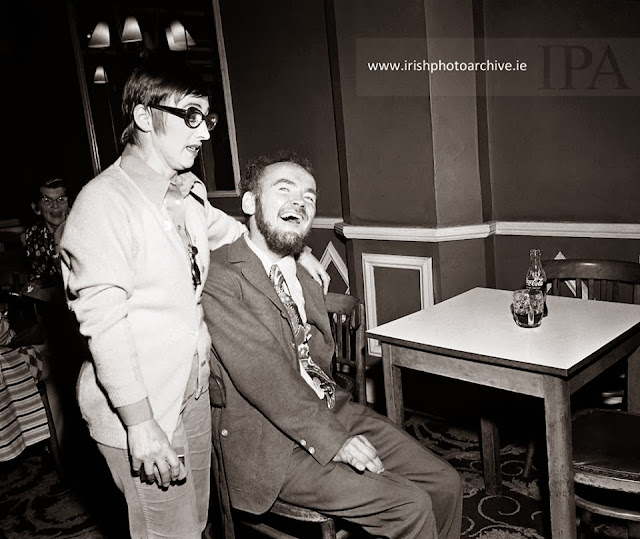 Recently some friends introduced me to a beautiful rural walk in the woods at Lyreacrompane. It was bliss to walk among the trees beside the stream and listen to the birdsong on a glorious October afternoon. 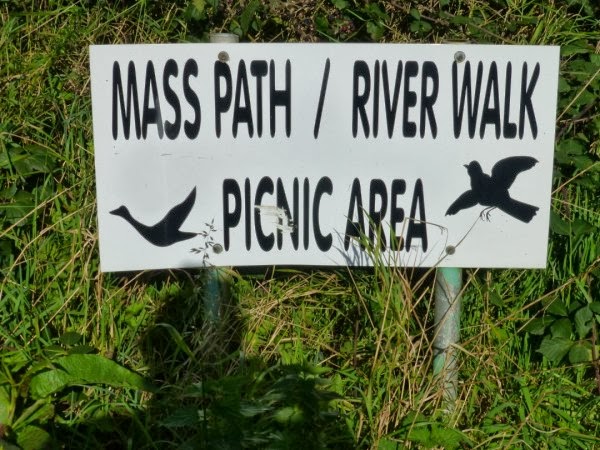 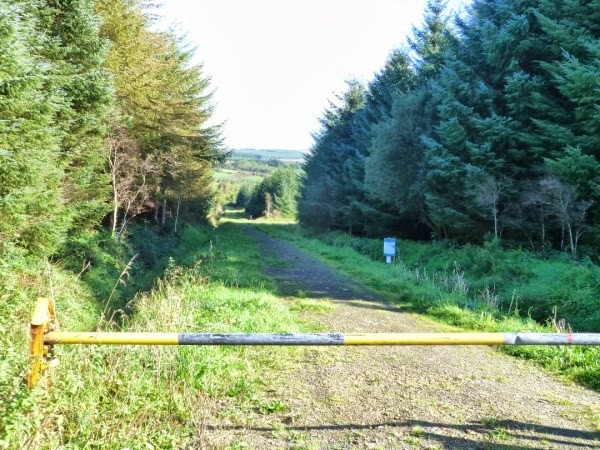 The entrance to the walk is on the left as you go from The Six Crosses to Lyre. 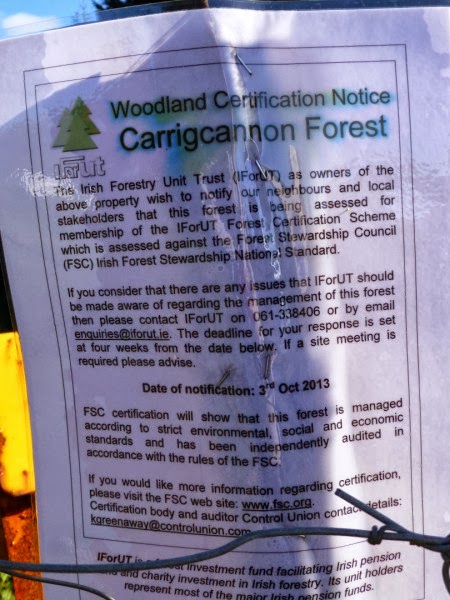 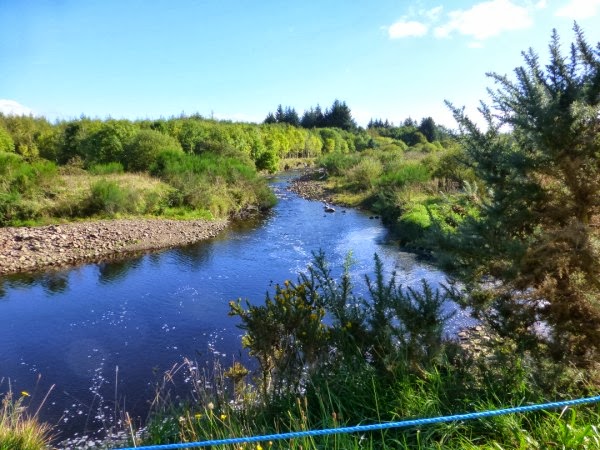 The River Smearla, I think. 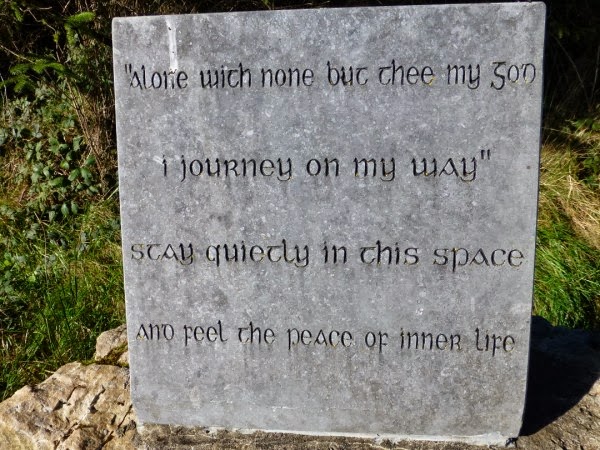 Dotted along the way are stones with quotations from the philosopher, John O'Donoghue. 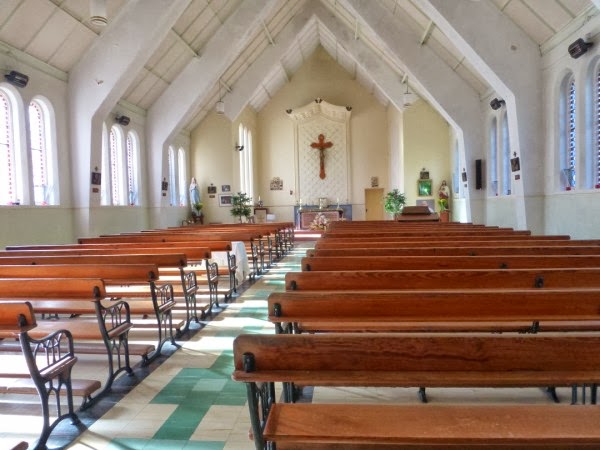 Our walk took us by Lyreacrompane church. It was as if we had alighted in a corner of Heaven, perfect peace and celestial music...a welcome respite for a tired walker, unaccustomed to hiking around North Kerry. 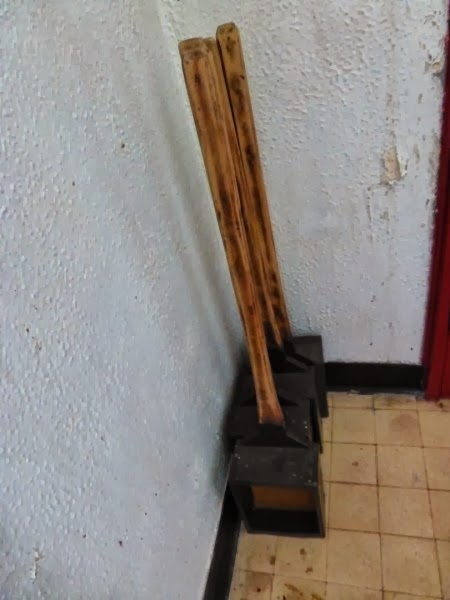 These were stored in the porch. I remember similar ones from my childhood. They are for taking up the church collection. The collector stands at the aisle end of the pew and expertly slides the box along the pew collecting donations as he goes. There is an art involved and, as the box gets heavier, carrying it at full stretch can be tricky. 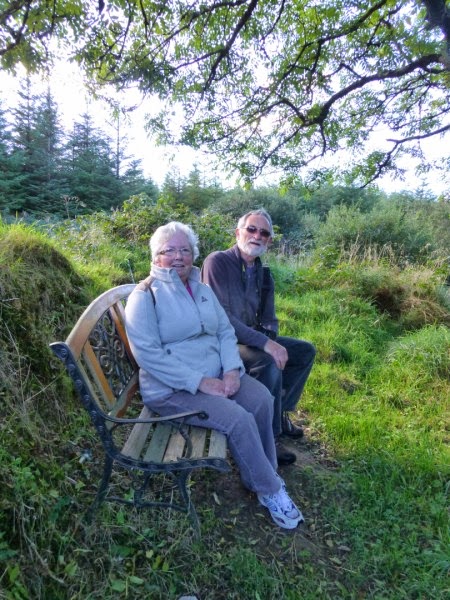 I persuaded my guide, Mike Moriarty, a very keen walker to rest for a minute with me, a very novice walker. Rest stops are provided all along the route. In truth it is a very easy walk, only about 2 to 3 kms. long with plenty of rest stops and it is really worthwhile. Try it soon! Boots will be necessary as the weather worsens as parts of the way are quite marshy.

"One of the first things that a researcher needs to remember is that our ancestors were not too bothered about their exact ages.  They didn’t have a twenty first, a  fortieth or fiftieth.   Believe it or not, they didn’t have birthday parties, hen nights or stag nights either.  They were too busy trying to eke a living out of the bit of land they had or working for long hours for someone else.

The system of registration of births in the 19th century was that the individual was responsible for registering the birth.  The authorities, as an ‘encouragement’ to do this, would impose a hefty monetary fine on the individual who didn’t comply with the law. So a birth registration might take some time to be recorded and the exact day, and place might not be correct when it was finally registered.  In quite of a lot of cases, particularly in rural, inaccessible country, the birth was never registered.    On the other hand Catholics were encouraged (without  the fine) and generally obeyed their clergy, by getting the child baptised as soon as possible after birth.   This did not guarantee correct baptismal records though.  Sometimes the individual priest, who didn’t have a presbytery, housekeeper or even in some cases, a church, would write the details on a piece of paper for later transcription, in Latin usually, to the Parish Register.

A census of the Irish population was taken every ten years from 1821 until 1911 and manuscript returns for each household survive for all 32 counties for 1901 and 1911. The returns are arranged by townland in rural areas and by street in urban areas.  No manuscript returns survive for 1861, 1871, 1881 and 1891 but there are some returns for 1821, 1831, 1841 and 1851 covering some counties, but not Kerry.  (Ref: NLI) Even in these Census returns, people used to write round numbers, 20, 30, 50 etc.  John Grehan in his excellent book ‘Tracing Your Irish Ancestors’ says ‘The actual date of birth is almost always well before the one reported, sometimes by as much as fifteen years’

When Ireland introduced the Old Age Pension in 1908 many applicants had no birth certificate as Civil Registration did not begin until 1864. So the 1841 and 1851 census returns were used to prove age.  An index to the 1841 and 1851 census returns that appear in the Old Age Pension claim forms (T550) is available to consult on microfiche in the Public Record Office of Northern Ireland while there are also some other copies made from the returns of 1821-185, miscellaneous copies and certified copies available  to consult in our Reading Room (National Library of Ireland).

You will understand now why your ancestor’s age on the 1911 Census probably doesn’t match up with the age they had given in the 1901 Census.  They are probably a lot older in 1911 and not ten years’ older as you would expect.   If you were trying to qualify for the Old Age Pension and you had only a vague idea of your date of birth, you would want to be as old as possible, wouldn’t you?"

This is a video of Moyvane Vintage Day and Walk 2013. They had a great time in spite of the weather. 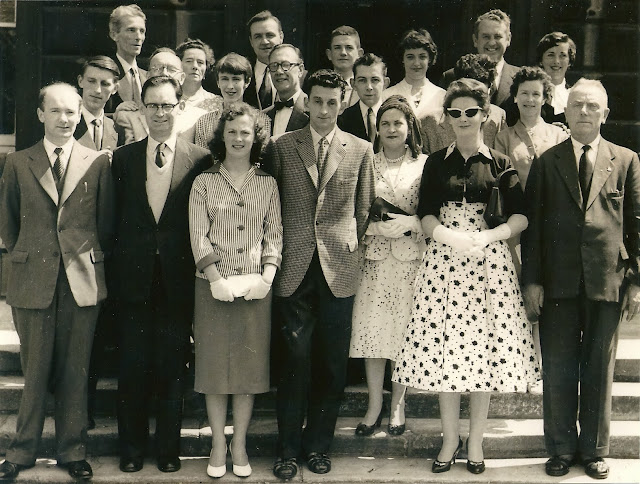 As they say in all the best publications, it is my policy to correct errors when they are made known to me.

So here goes :
The Listowel thespians who won in Athlone in 1959 were The Listowel Drama Group. The Listowel Players came much later.
Brendan Carroll was from Carroll's Drapery and not Carroll Heneghans.
Cecile was Tasty Cotters daughter, not his sister as I stated.
John O'Flaherty came from Colbert Street.

An additional piece of backround information about the photograph has also come to light. The photograph was taken outside the Dáil. Dan Moloney T.D. (on the far right in front) had invited the Drama Group to lunch to celebrate the great win.
Posted by Listowel Connection at 07:30 No comments: Links to this post

Big Day for Drama in Listowel

The pinnacle of achievement in amateur drama is a win at The All Ireland Drama Festival in Athlone. Listowel Players did it in style in 1959 with a brand new play.  Sive, with its hard hitting gritty realism broke the mould in Irish drama and held a mirror up to rural Irish society.  The play is an Irish Romeo and Juliet. It has become a classic and is as gripping today as it was in 1959.

I am indebted to Margaret Dillon and Kay Caball for photos and memories of Listowel Drama group's great win at The All Ireland Drama Festival in Athone with their production of John B. Keane's Sive. 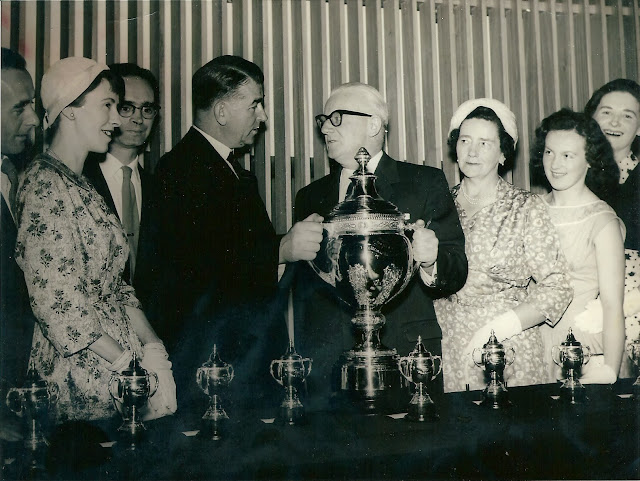 Bryan McMahon, on behalf of The Listowel Players accepting the Esso Trophy for Best Play at The All Ireland Drama festival. 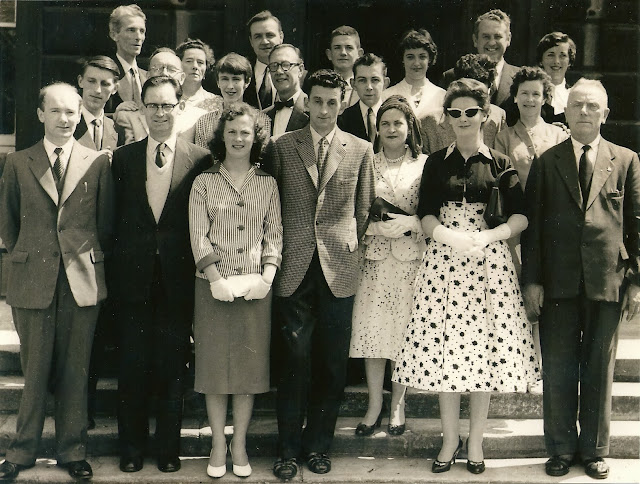 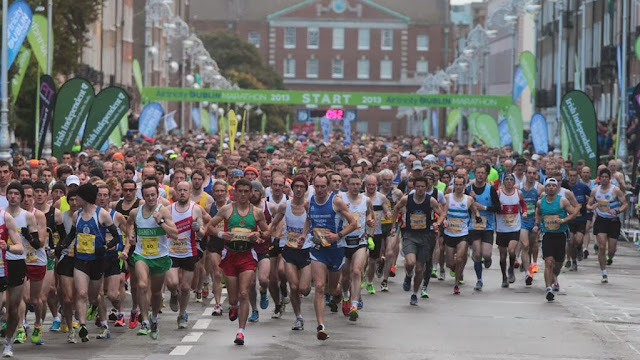 Interestingly the race was won by a man called Hehir, (pronounced hare).
Posted by Listowel Connection at 07:30 No comments: Links to this post