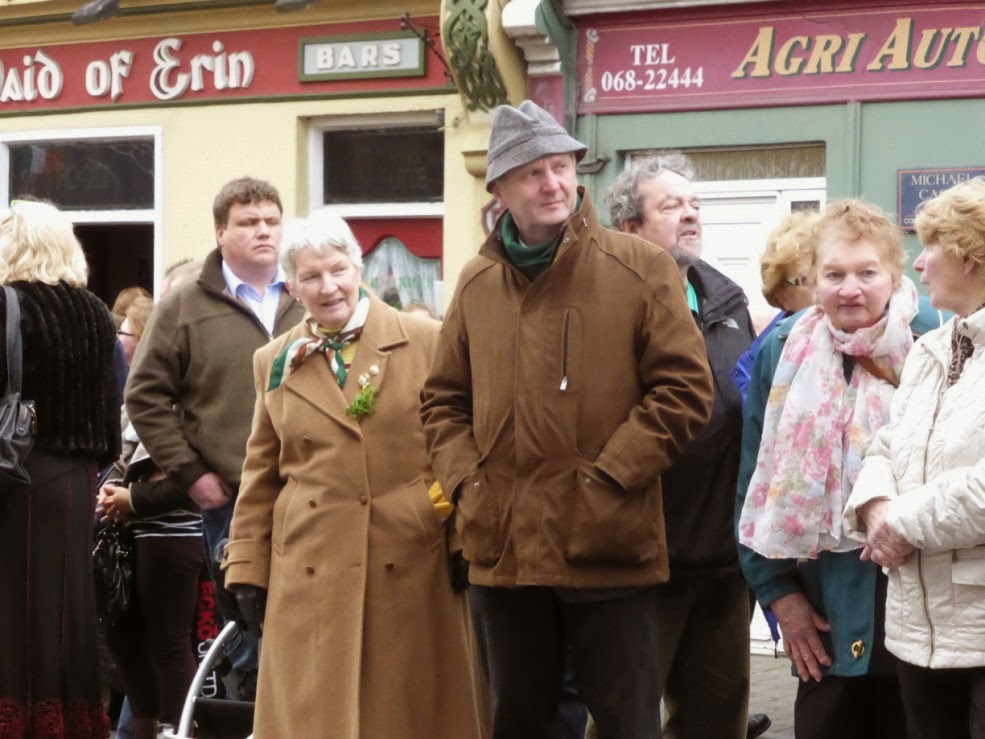 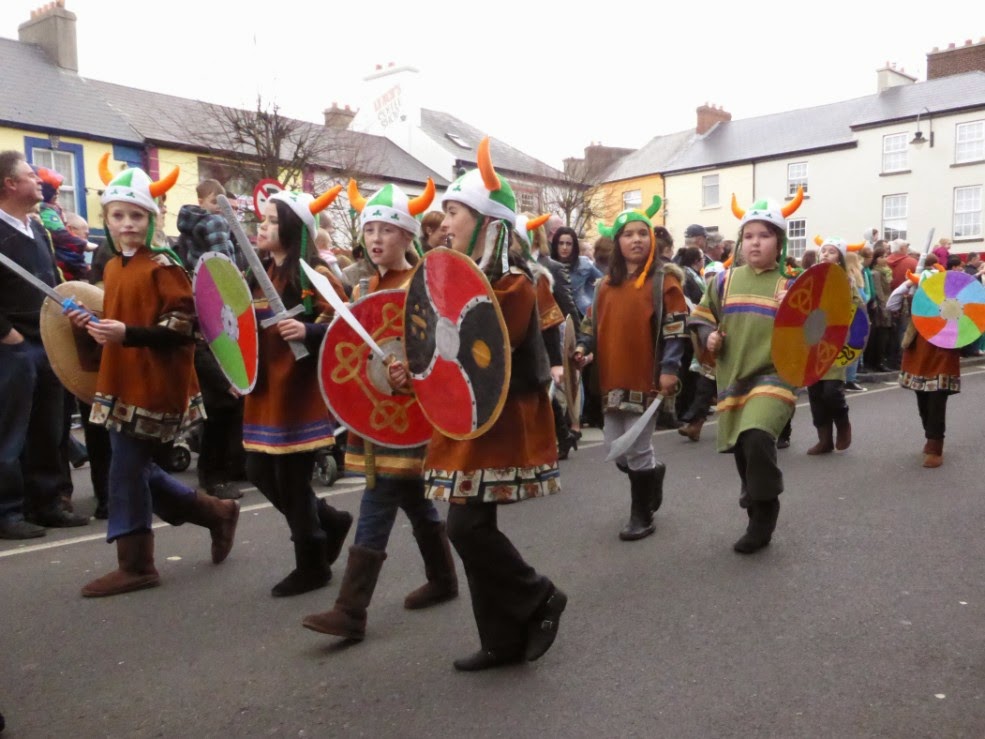 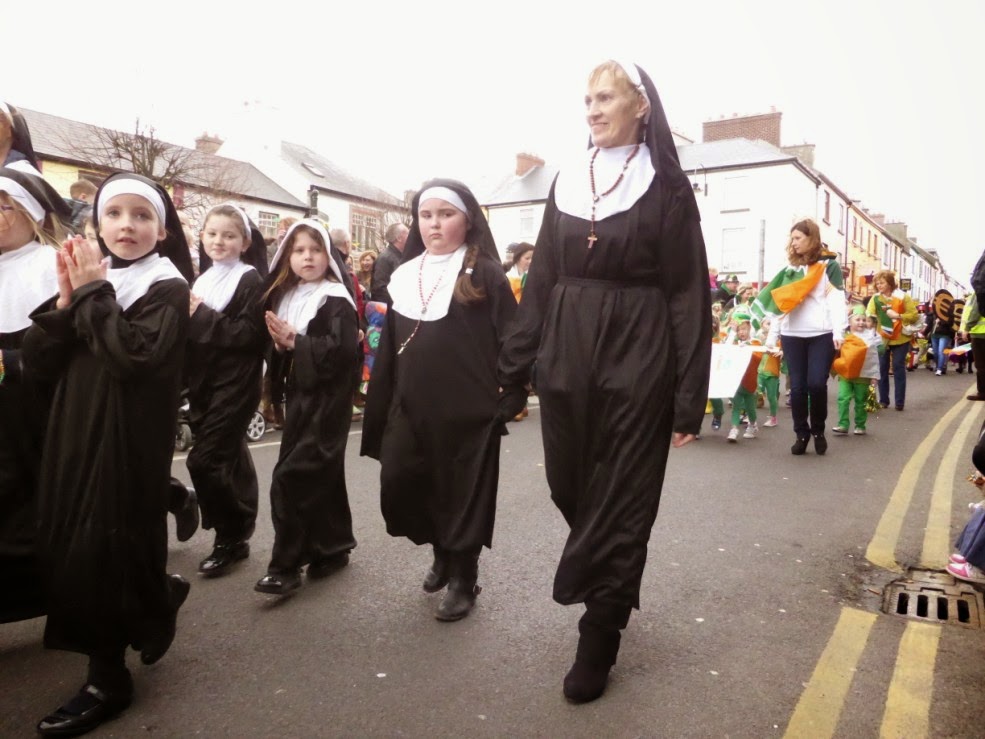 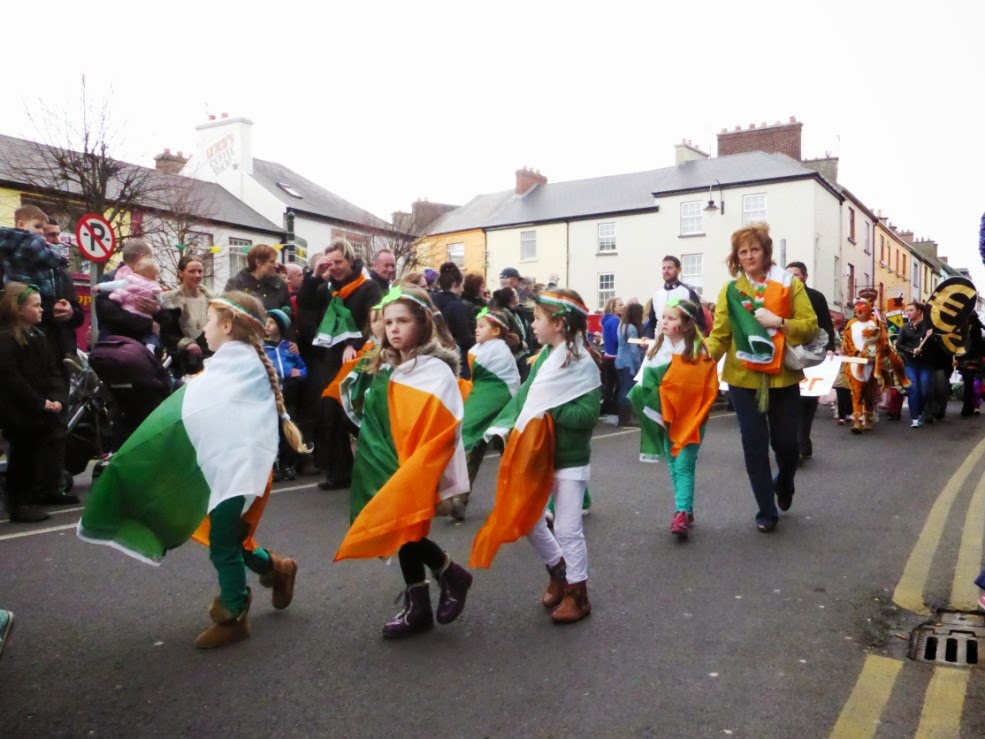 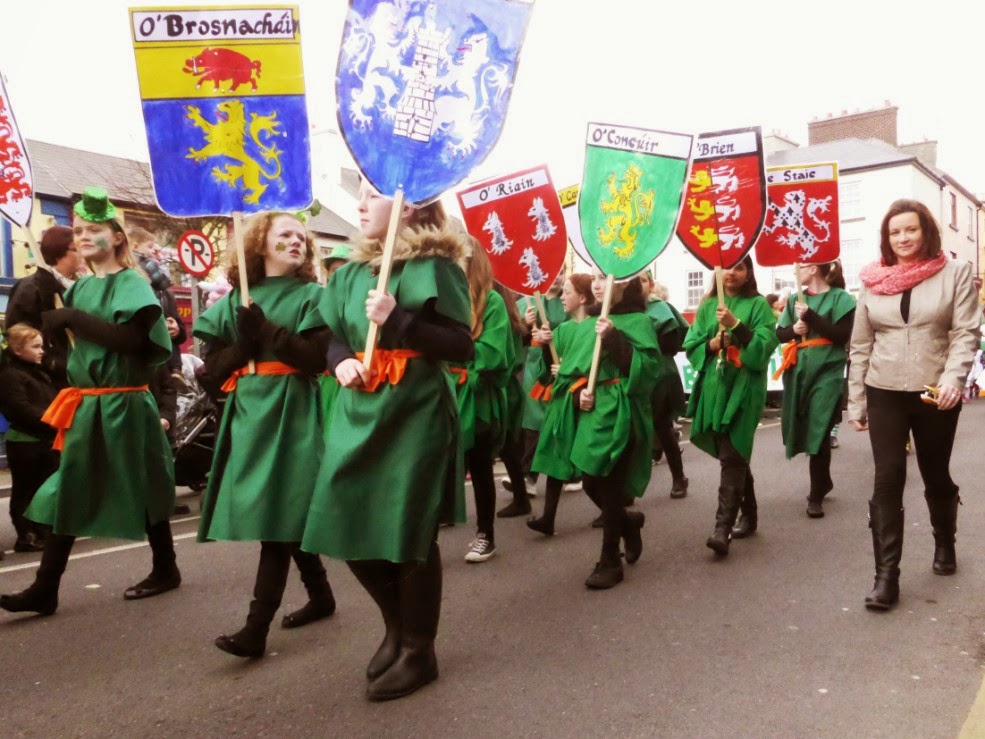 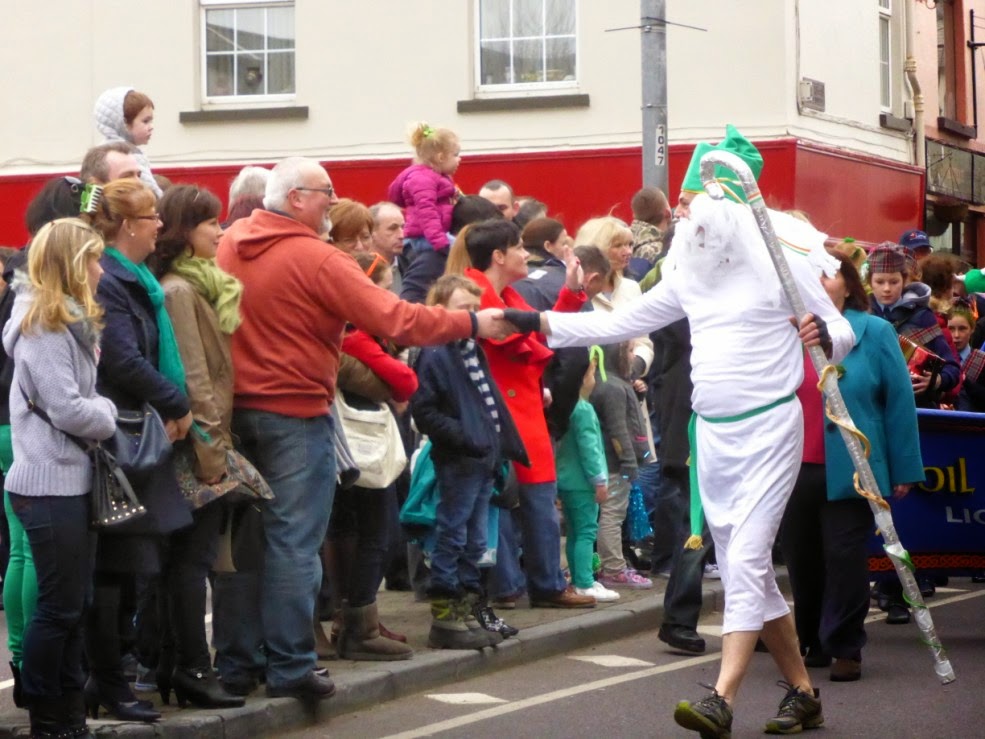 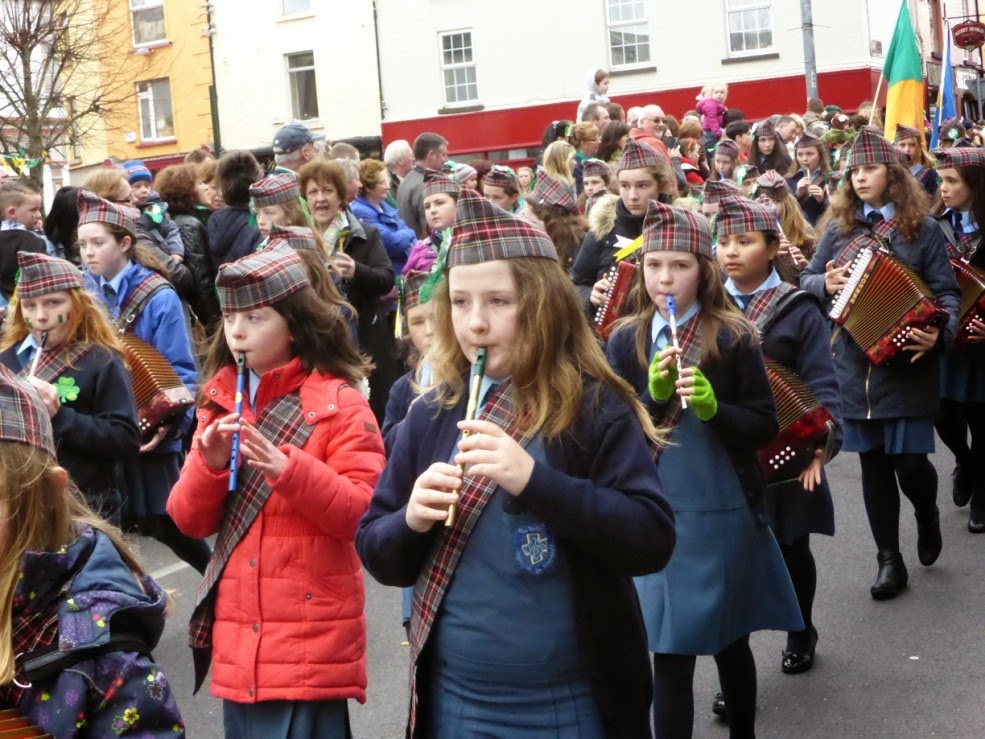 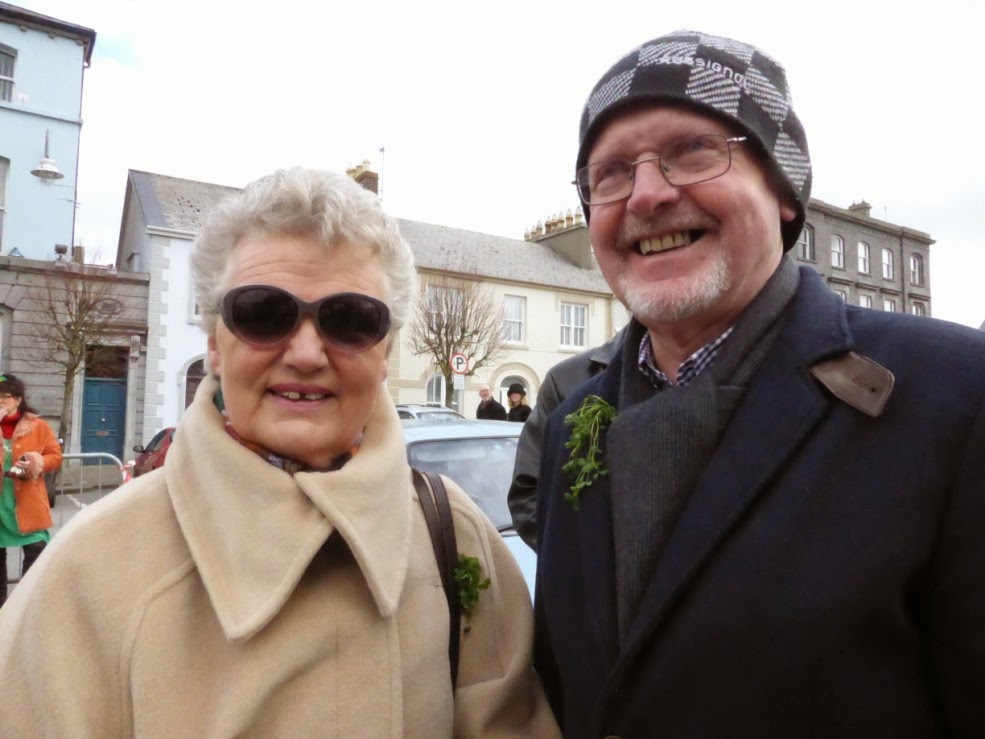 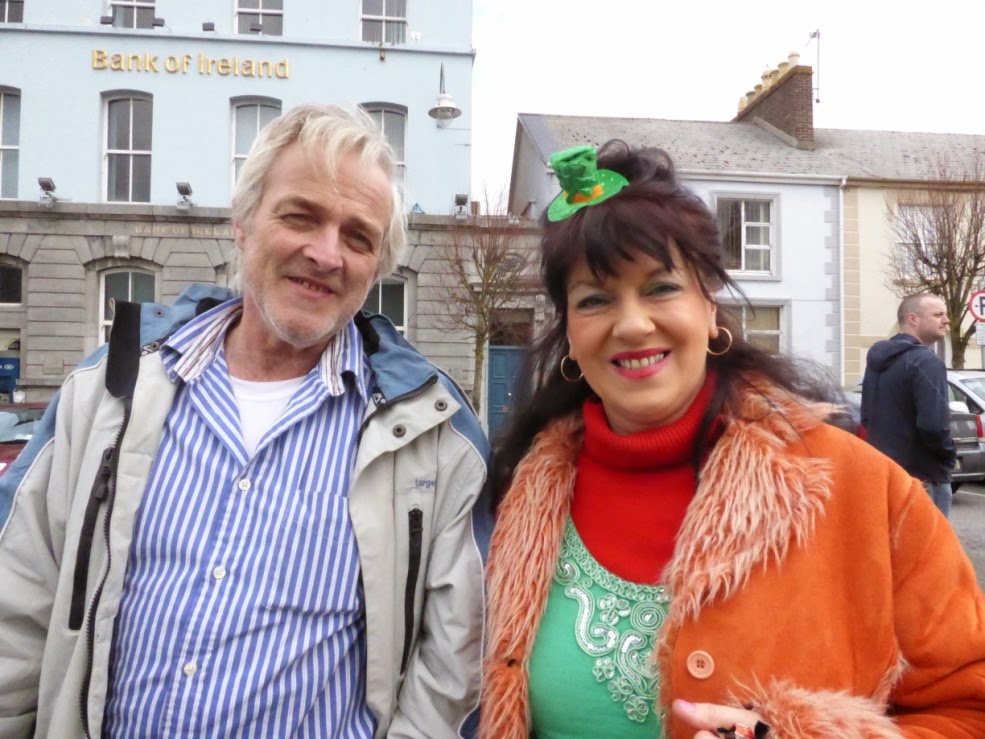 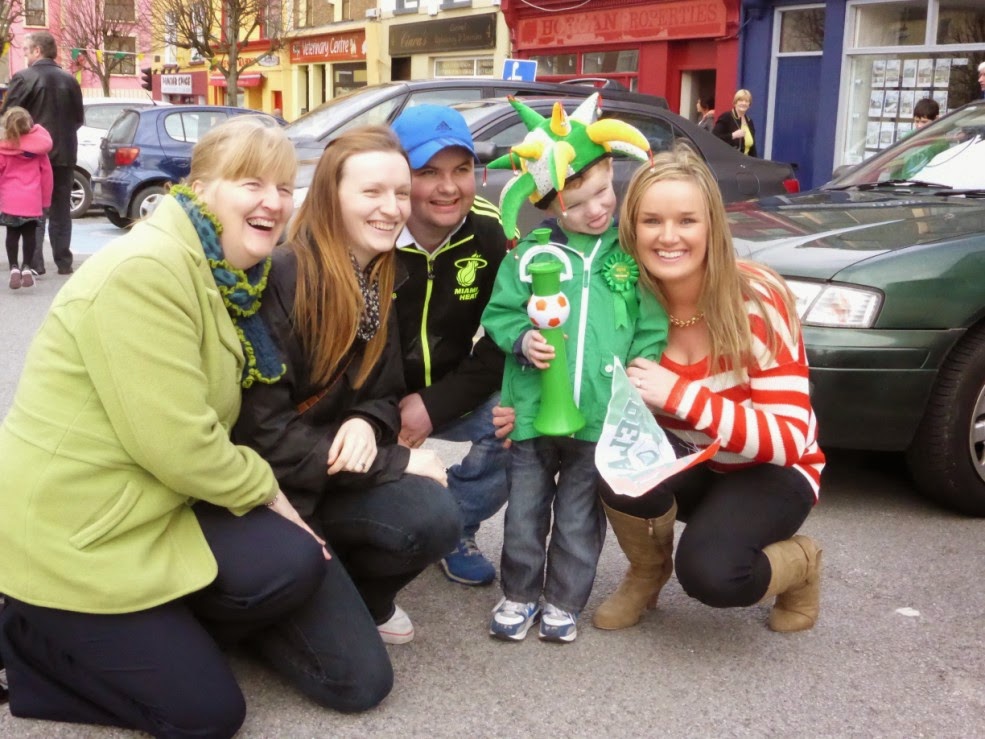 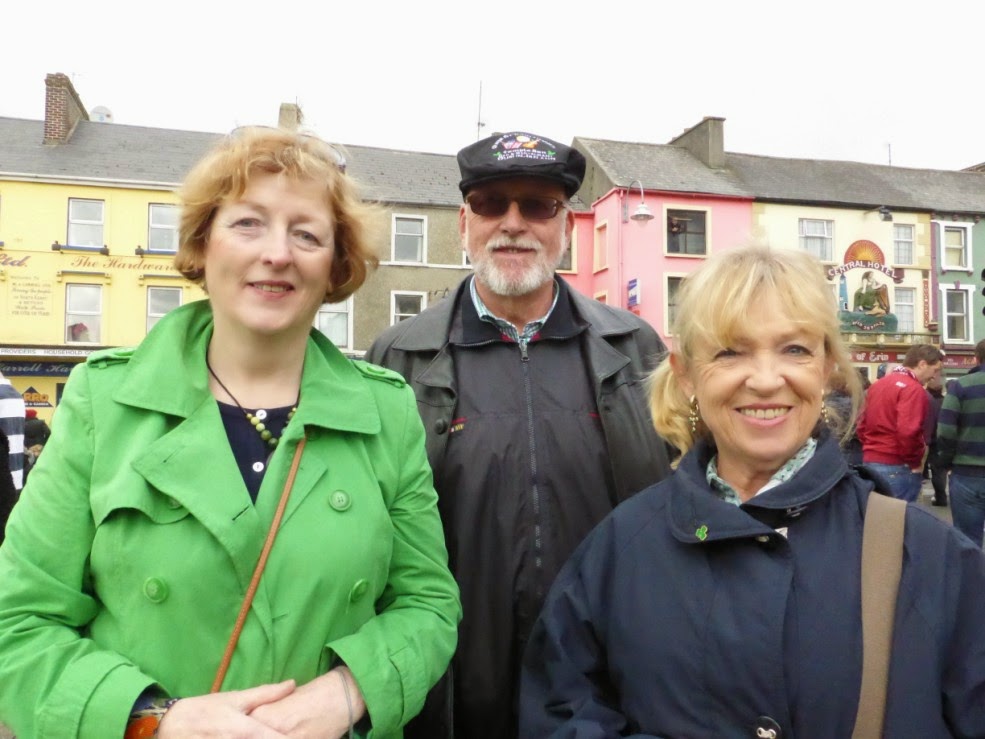 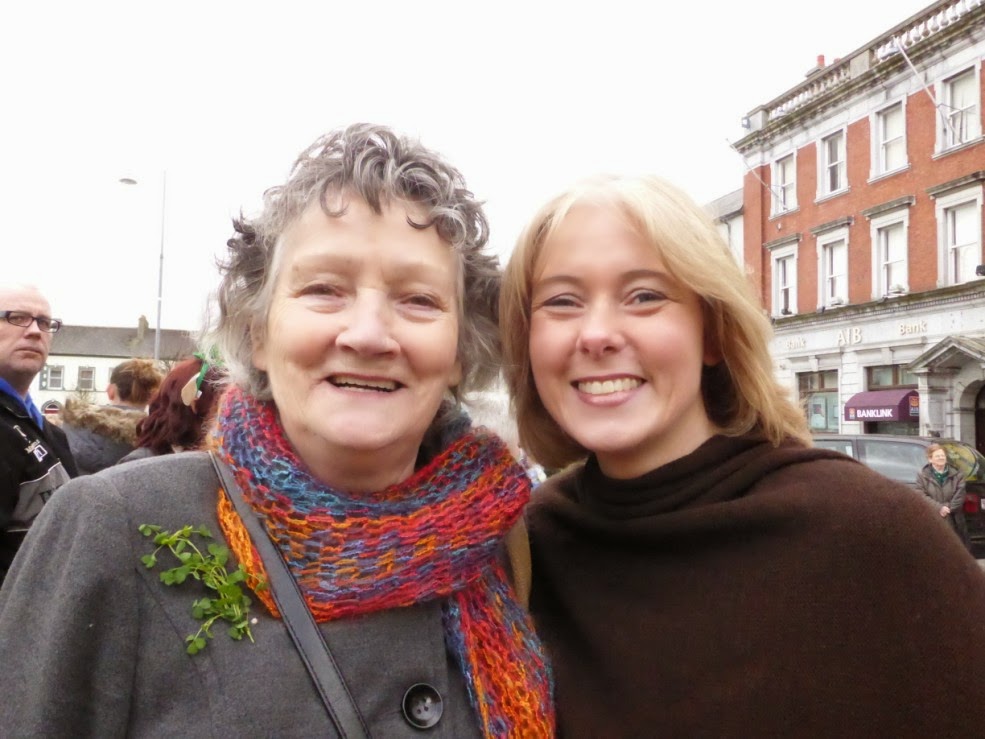 Meanwhile, in San Diego they held their St. Patrick's Park programme on March 16:

A while ago, I featured a lovely nostalgic poem by a poet called Seamus Hora. I knew nothing about the poet. I just liked the poem.
Since then Seamus has been in touch and he shares with us today another of his pen pictures of  Ireland in bygone days. It is the Ireland of my childhood and Seamus' but one unrecognizable to today's youngsters.

The practice of thumbing in the seventies was rife
Cars they were scarce it was part of our life.
Friday is one of the day’s I recall
People seeking a lift; for post office to call.

First on the road, Summer Light. –Winter Dark.
Problem with hearing, this was Mrs Clarke.
The ball alley stood out on the hill up ahead
In winter this part of the road I did dread

At this time the car was beginning to fill
A couple of regulars awaited me still.
Pat Hoban was next-with a strange point of view.
To let air circulate cut vent holes in his shoe

The three in the back were not very pleased -
Let in Mrs Ganley crush became squeeze
Sadly, the last one mobility did lack.
Surname was Kenny either Jimmy or Jack

Each day of the week things were much the same.
So many thumbers! Too numerous to name.
Some are still with us. Some laid to rest.
Relaxed eyes closed tightly - I can picture them best.

Now who is Seamus?
The answer in his own words:

I was born in 1953 in Gorthaganny Co Roscommon.  I have been employed by Delaneys ltd.,
Ballyhaunis for 44 years.  I am married to Rosaleen and we have one daughter Sandra.

It only in the past couple of years I started to write a little poetry most
of which is based on life's experience. I am enclosing a poem which will
help explain what I mean.  I feel proud to have been part of an Ireland
described in this poem also honoured to have known those people.
It is hard to believe that 60 years ago we didn't have electricity in
Gorthaganny

My hobbies are fishing, I enjoy a leisurely 9 holes of golf
listen to country and Irish music.

Thumbing was was the word we used
to describe a signal from somebody requesting you stop and give
a lift in you car. 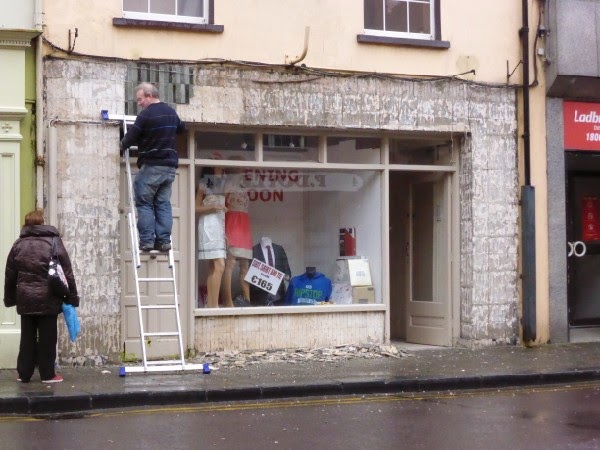 This premises on Church St. is getting a facelift. Watch this space for updates. 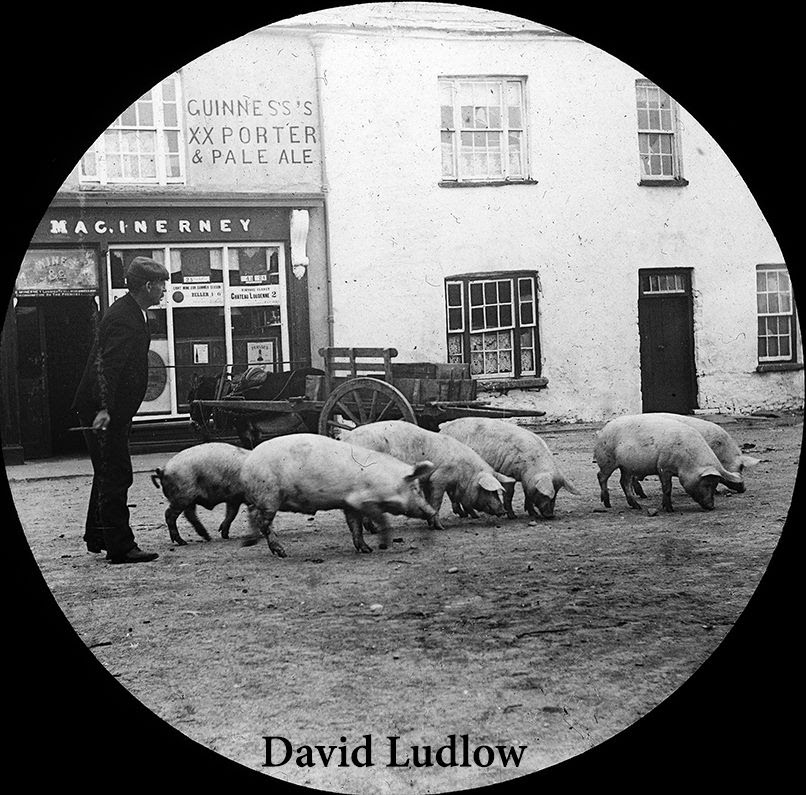 Picture from 1900 from a site called Limerick Life
Posted by Listowel Connection at 07:30