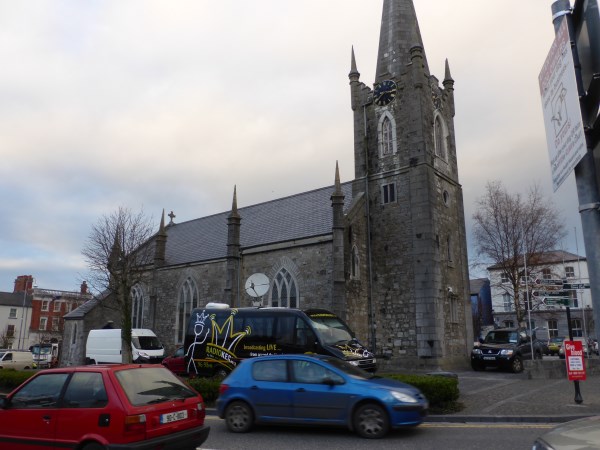 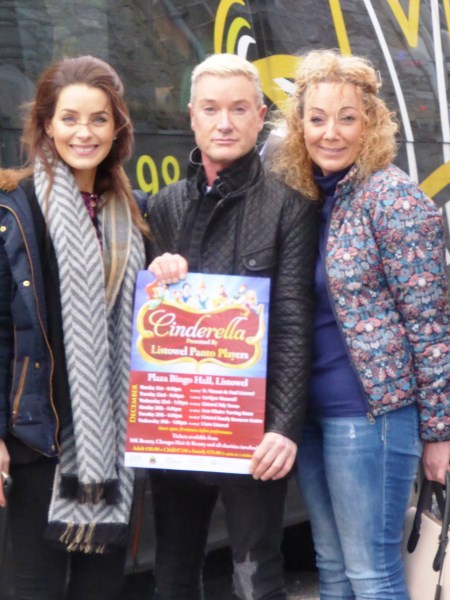 The panto crew, Maria, Danny and Mary were one of the groups interviewed 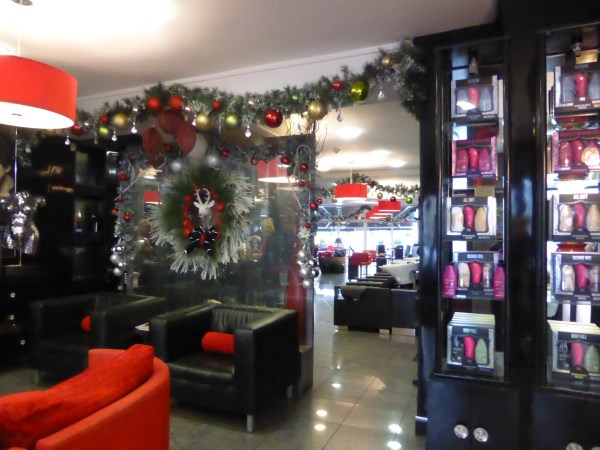 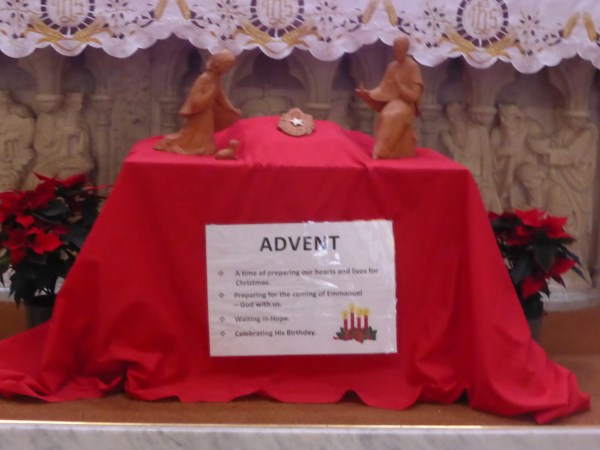 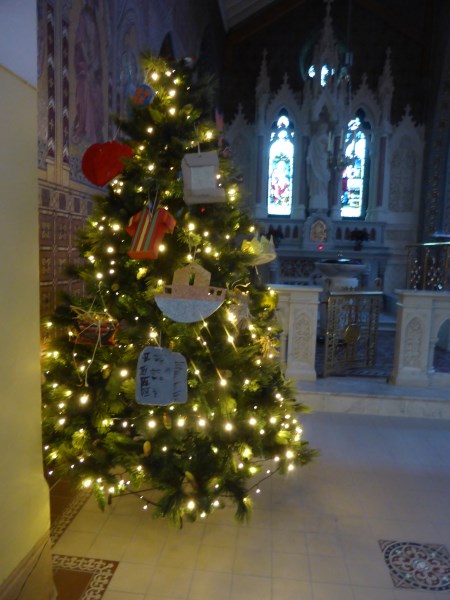 The Jesse Tree is one of the oldest Christian Christmas traditions. It often appears in stain glass windows. The most famous Jesse tree window is in Chartres Cathedral which was dedicated in 1260.
Jesse was the oldest known ancestor of Jesus so the tree is a kind of family tree for Jesus. Our one in St. Mary's Listowel is decorated with symbols from the old and new testaments. 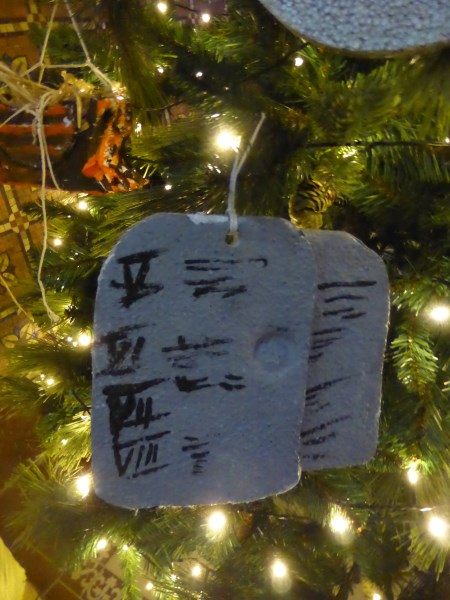 The tablets of stone with  The Commandments 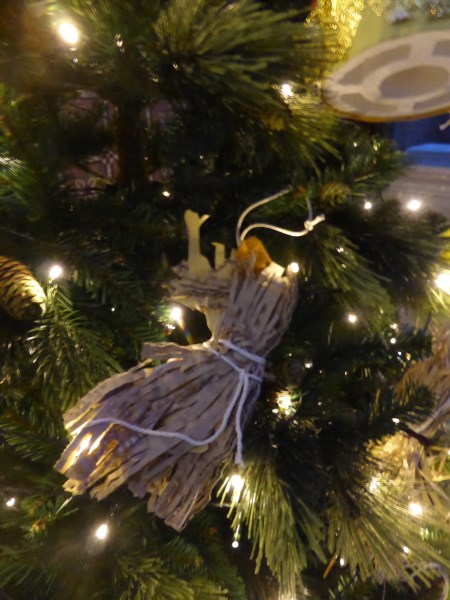 The angel Gabriel, I think 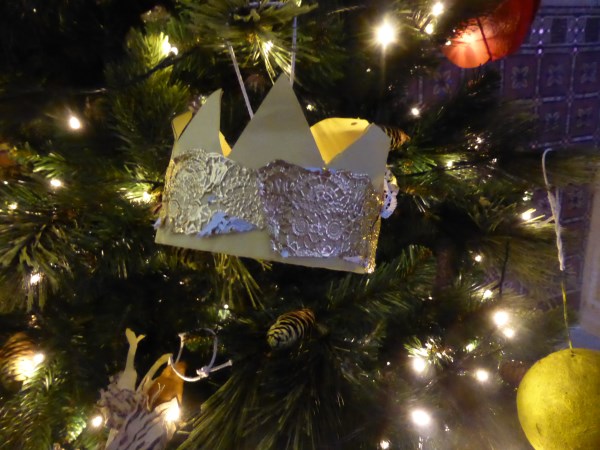 Crown of Mary Queen of Heaven 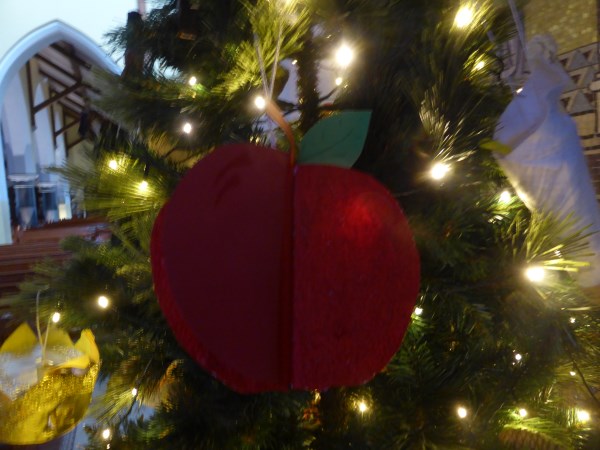 The apple that brought about our downfall. 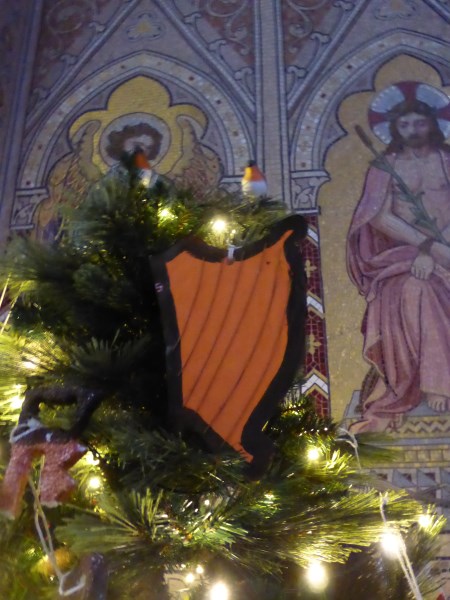 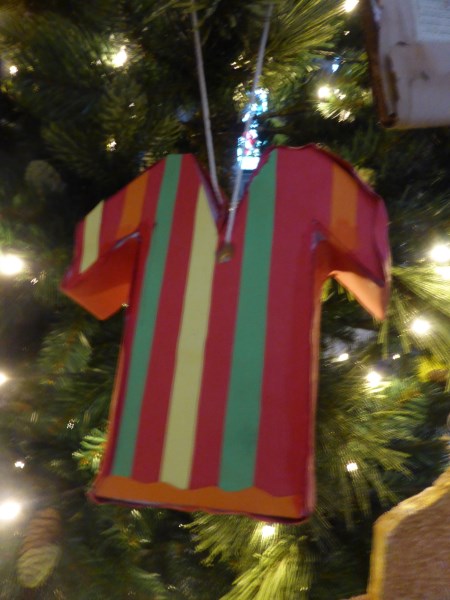 Joseph's coat of many colours 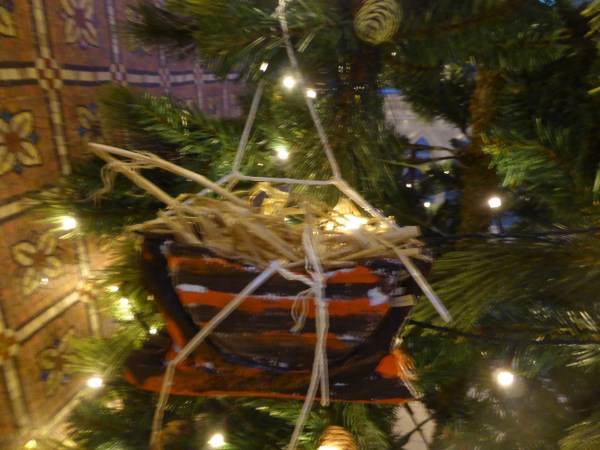 The manger at Bethlehem.

Do drop in and see these and many more. 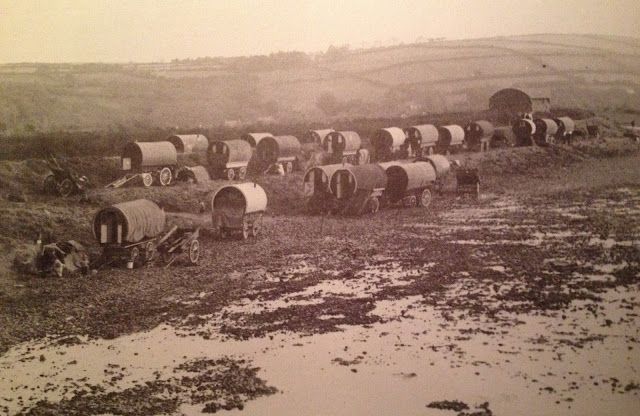 Liam O'Hainnín posted this great old photo of travelers on their way to the races in the bad old days. 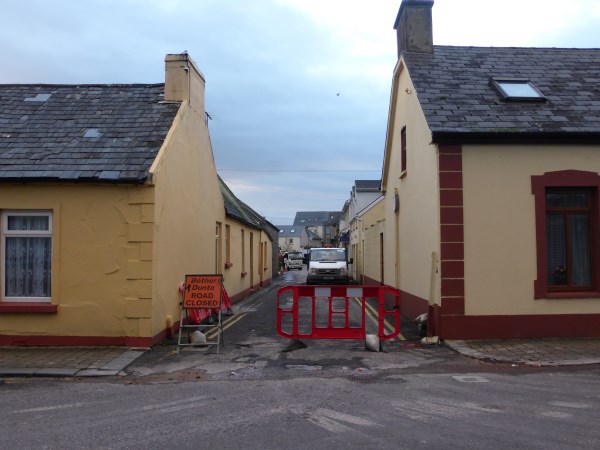 Limerick at Christmas time in 1972 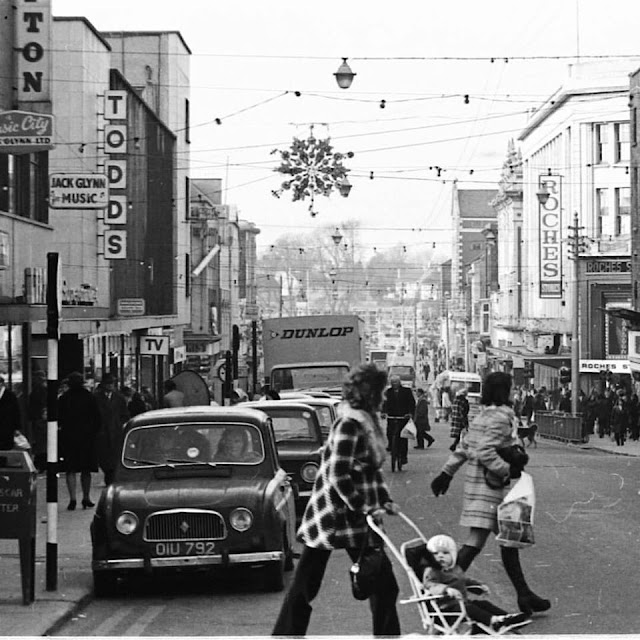 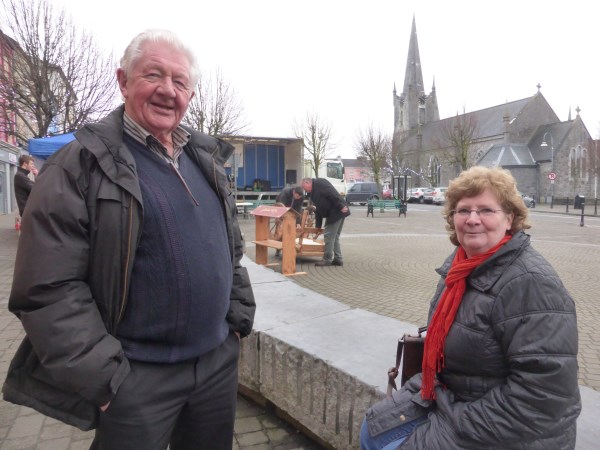 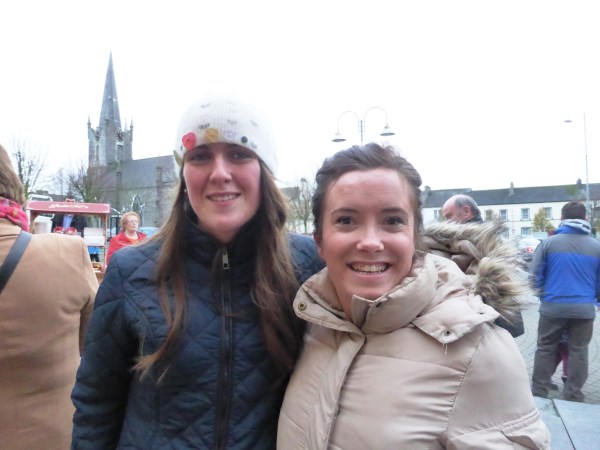 Apologies friends. Every now and again, despite my best efforts, some text appears in red. It is black when I type it and then when the post uploads it is red. I thought the techie in the family had solved it, but alas, no. Just now it's happening again. If anyone is  reading this who knows anything about Blogger, I'd really appreciate if you could tell me how to correct this annoying quirk.
Posted by Listowel Connection at 07:30