A Raffle prize in 1926, Moore St. and opening a school extension 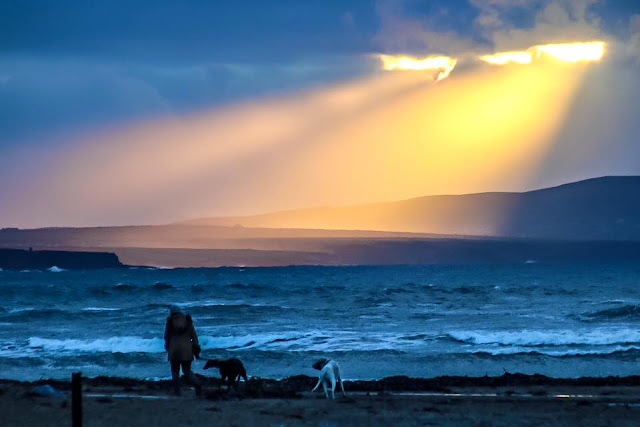 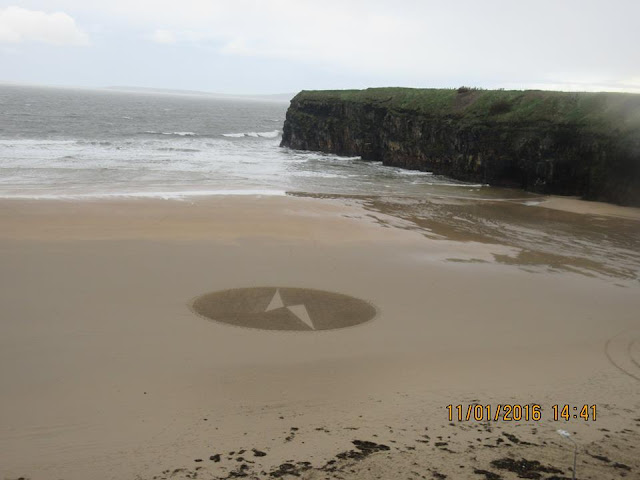 
This Could be the Start of Something Big

Liam OHainín who grew up in Beale now lives in Germany. He has a huge collection of old TV cameras, wirelesses, record players, records and music related memorabilia. He is also a keen family historian and he has a huge stock of old photos recalling a way of life now largely forgotten.
He posts some of his photos on Facebook from time to time.
Recently Liam posted the below photo. 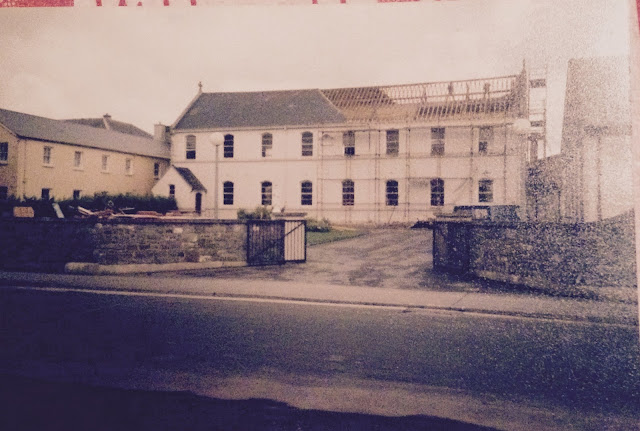 The building is the old Presentation Listowel girls' Primary School. Scaffolding is up around the building and half of the roof is stripped. The school is now demolished.

The sight of this photo prompted me to write to Liam to ask if he had any more photos of the convent or schools.
He replied with the following great story. 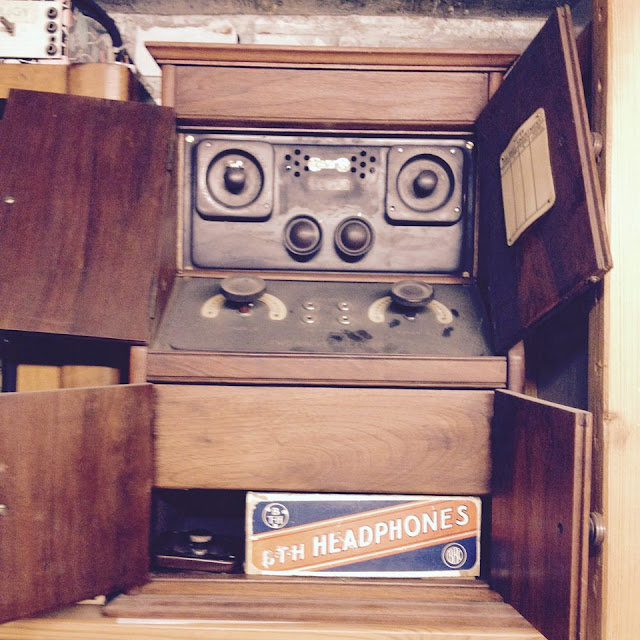 "A story about the convent . They were trying to raise money for renovations in 1926 . So they had a raffle with this Radio as first prize. My Grandfather, William Hannon won it and it was the first Radio in Beale just in time for the opening by Douglas Hyde of Ireland's first radio Station, 2RN.

I spent years looking for this. My family  had given it to someone in the late 40ties, It had given great service to the family and often all the neighbours as well when a football match was on.

My father had given me such a good description of it that I could identify the make etc . He remembered listening to Lord HawHaw broadcasting from Radio Bremen during the war.

I found it at a market 10 years ago and paid the sum asked. If the seller had know how long I was looking he could have made more money.

Now comes a twist, my father remembered also letting one of the wave change coils fall and being relieved when it still worked despite having a chip knocked off it. Recently while cleaning I discovered that one of the plug in coils had a chip out of it, Could it be possible that this was the one my Dad let fall all those years ago in Beale?  I like to think that I really found the one that my Grandfather won in the raffle. It’s my prized possession ." 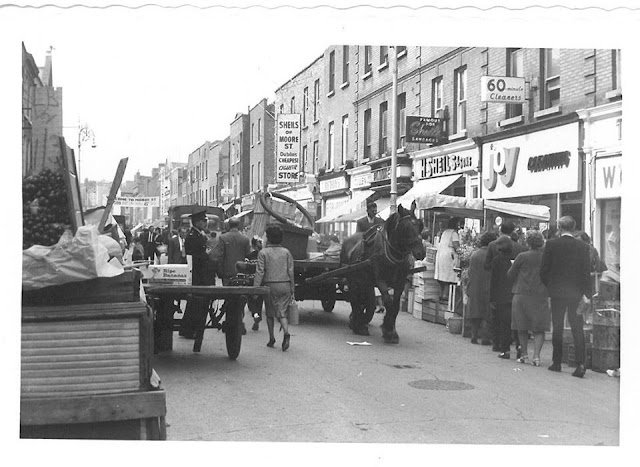 This old photo shows what Moore St looked like in the 1950s. I know it has emotional and historic connections that appeal to some who want to preserve it. I can see little architectural merit in it. 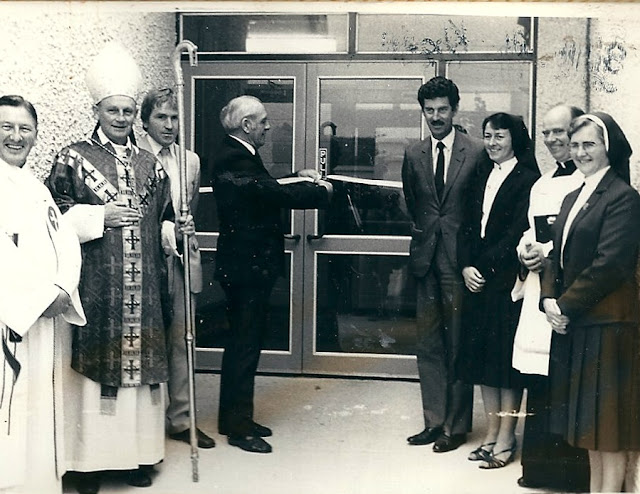 Sure to bring a smile to all Listowel people around the globe as Listowel Emmetts celebrate their North Kerry Final championship victory over Brosna last Saturday.
Barry O Halloran
Posted by Listowel Connection at 07:30