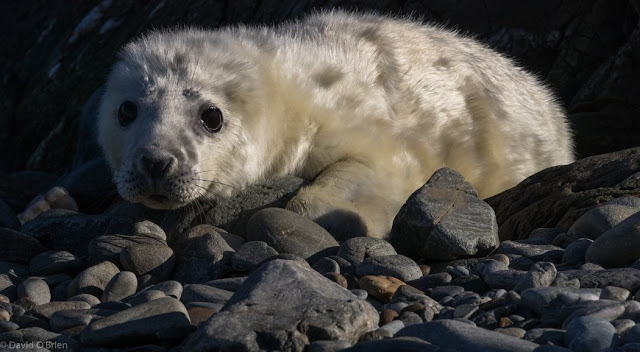 Perhaps not least of the attraction of the Kerry idiom is its ancient lineage. It stems from generations when Irish was the tongue of farm and fair. It still constitutes the warp and woof of daily intercourse and is ‘honourable in the gates.” It is true one must be on the alert for intruders. There is such a thing as manufactured idiom, but it is a poor dead thing, still-born for all the travail of the pen that strove to give it life. Counterfiet coinage of speech, it bears the marks of the self conscious file and its shine is not the patina of age. Read Synge’s plays and listen to its tinny jingle.

This refusasl to conform in our Kerryman, this robust individuality, who would have it otherwise? Kerry speech is as uninhibited as the deer that skip on Torc; as colourful as the changing mists that veil the purple Tomies; as impatient of restraint as the waters that spill over Derrycunnihy Cascade; as haunting as the echoes of the bugle call flung back in falling cadence from The Eagle’s Nest. And spoken by its maidens, this Kerry speech sweeps away the unwary stranger’s last defences, prompts him to forswear his allegiance, and in Kerry is his consolation when he remembers home. 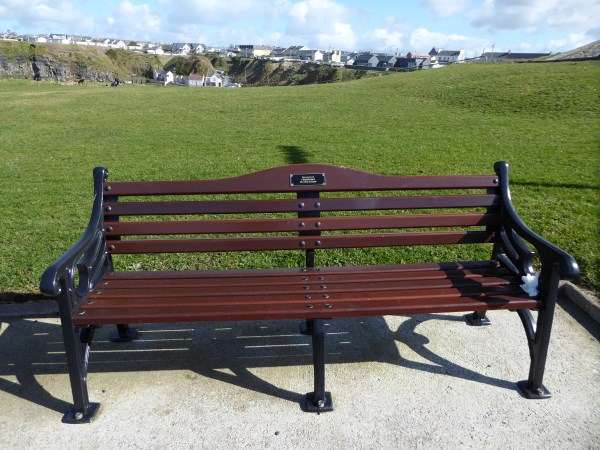 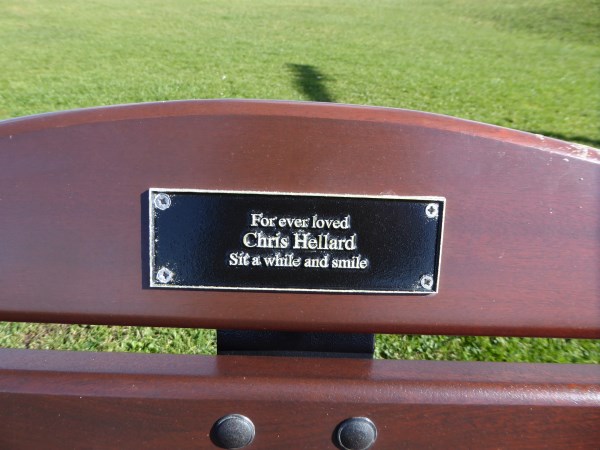 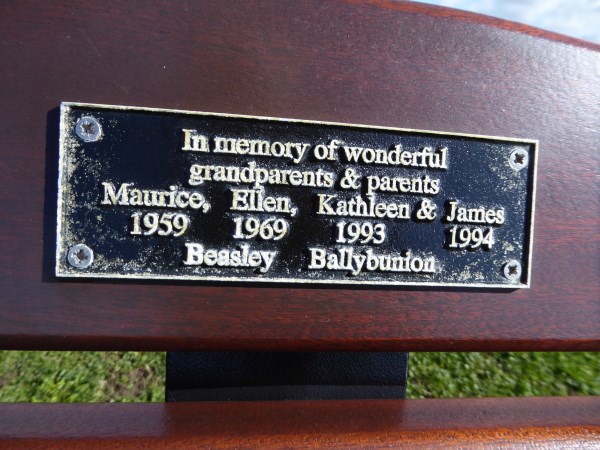 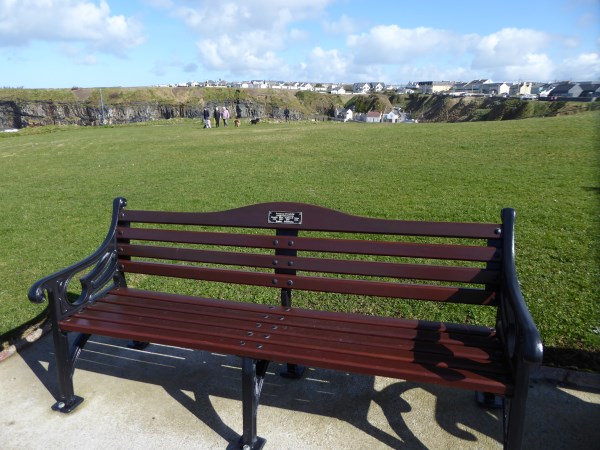 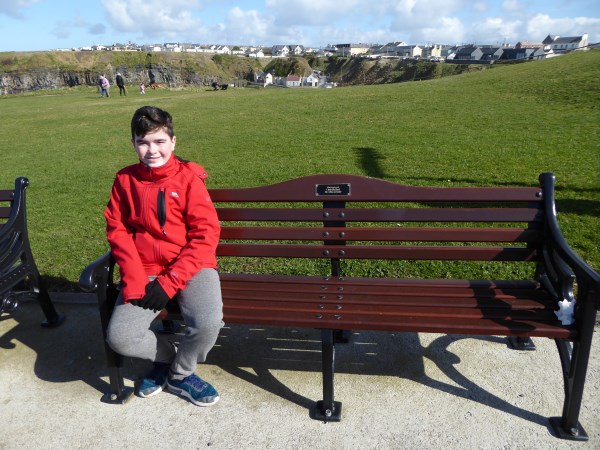 I learned from the Ballybunion Tidy Towns page that putting memorial plaques on seats is an initiative of Kerry County Council. If you would like to have your loves one commemorated on a seat all you have to do is contact Kerry County Council and they'll tell you all about it.


Mario is in California so who is the newest beach artist? 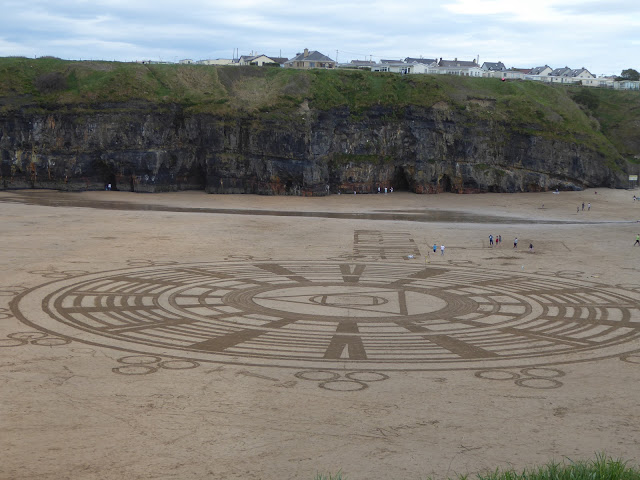 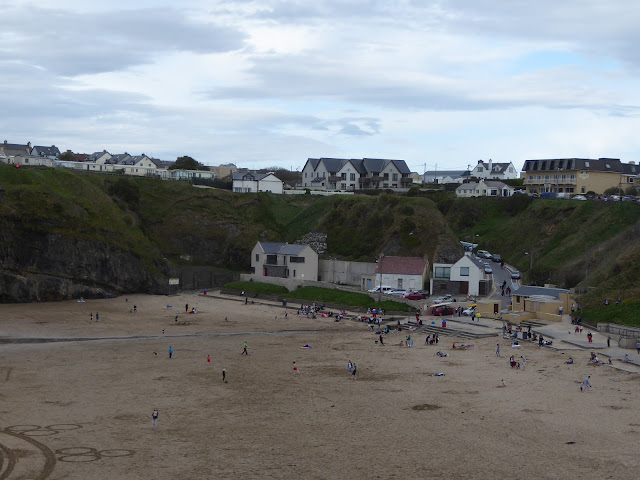 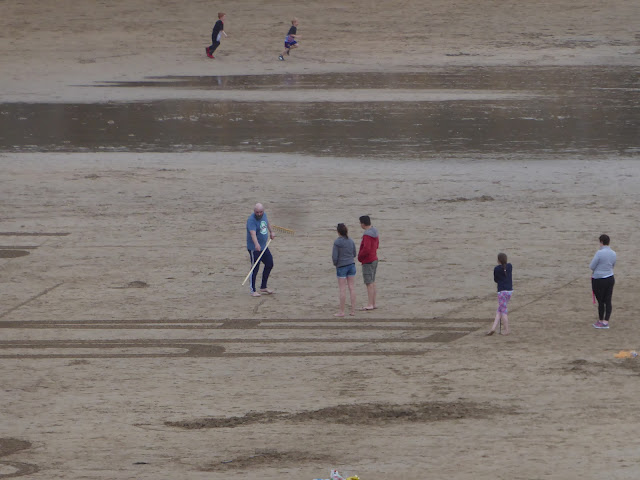 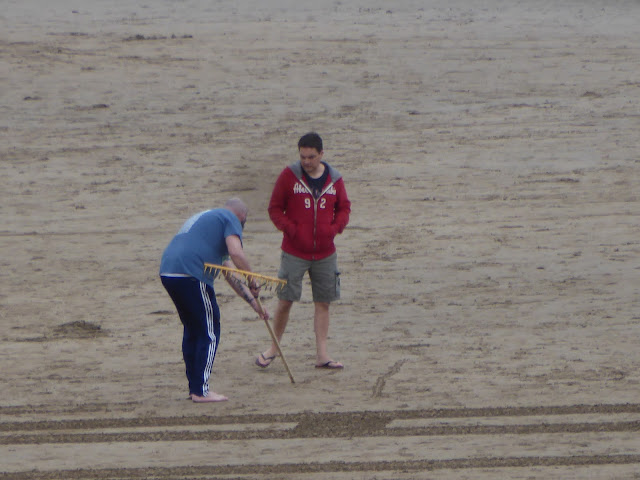 On April 21 2018, I spotted this magnificent creation. I zoomed in closer and I think that is Ballybunion's own Pixie O'Gorman I see putting the finishing touches to this sand installation.

A New Miss Marple Gets us Closer to Success 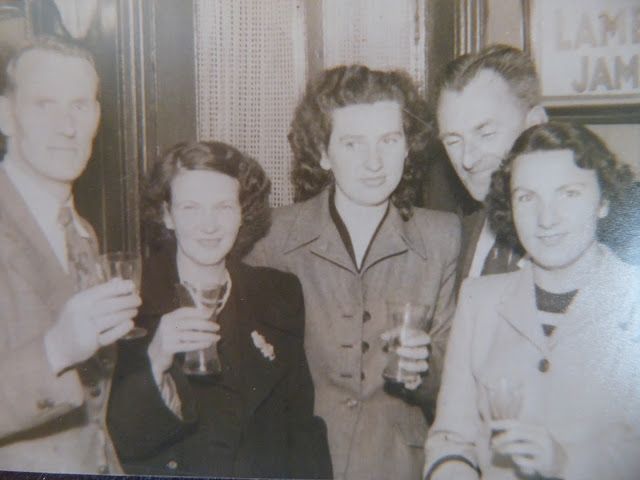 Kay O'Leary has recognised the lady in the centre of the photo with Arthur Chute and Charlie and Violet McCarthy in John Hannon's photo. She is Hannah O'Connor who used to work at Latchfords and later became a hackney driver. Thank you, Kay.  Now we only have one lady left to identify. Could she be a Tralee lady as well? 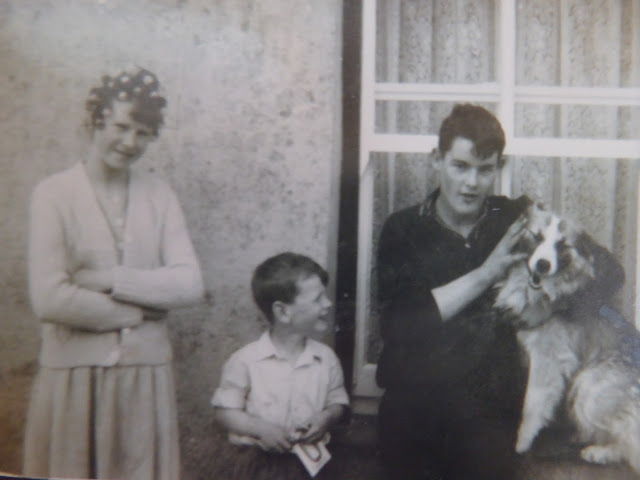 My good friend, Cathy Healy has been on to me again. The man stroking the dog is not Liam Healy. He is his brother, Mike Healy. The lady with the curlers in is Mary Corridan and the little boy is one of the Bunyan family.
Posted by Listowel Connection at 07:30