End of an era for the FCA in Listowel at the Sluagh Hall on Easter Saturday 2013. 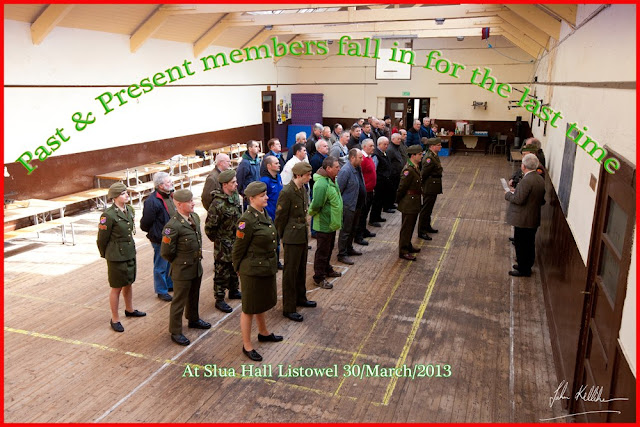 The caption says it all. This and other moving and valuable pictures of the final day in the hall can be viewed and purchased from  John Kelliher 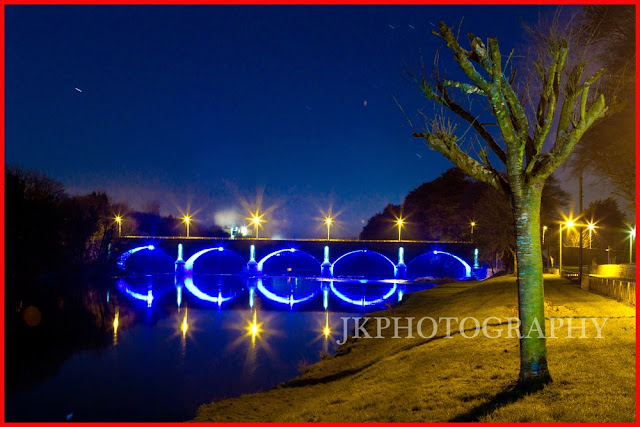 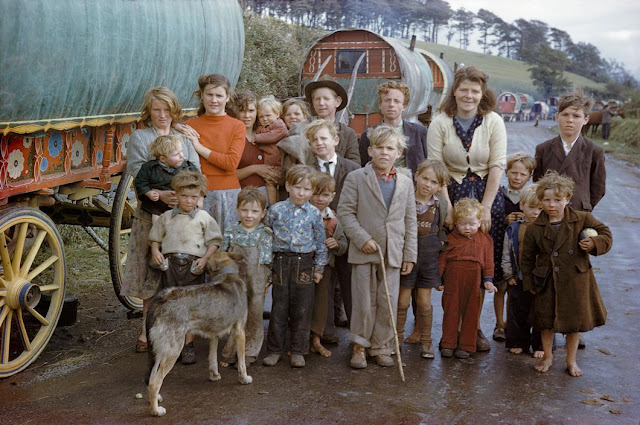 A group of Travellers on their way to Puck Fair in 1954. Life then was a far cry from the lifestyle depicted in My Big Fat Gypsy Wedding. Hardship, cold, poverty and struggle and early death were the lot of the Traveller back then. 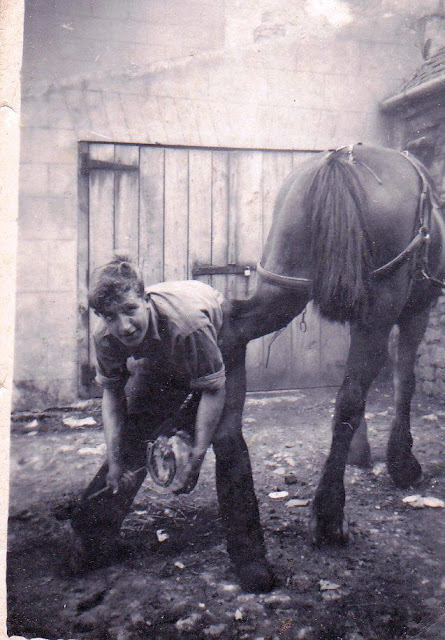 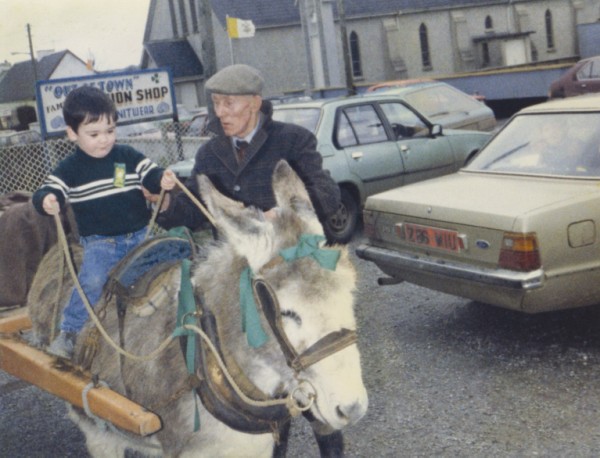 This photograph was taken in Athea and not today nor yesterday.

“Rashers and Sausages Music” was what it was called in our house though purists knew it as “The Lark in the Clear Air” but it was that piece and Ciaran’s distinctive voice that announced Sunday morning.
We felt we had a hold on him, he grew up 5 doors down the Edwardian Terraced Cul de Sac, he had gone to the same school as us, and some of the old people in the Avenue remembered the McMahons in number 14. I recollect the excitement of the RTE Camera Crew coming some time in the 1970’s with him to do a biographical programme on his life and my father even possessed a copy of his wife Dolly’s song “The Hills of Connemara
The music still elicits all sorts of memory pictures of getting up early to serve Mass in the nearby Cathedral and of Spring sunshine catching the dust particles in its beam as it reflected off the kitchen floor. It was atmospheric and indicative of a time when life was slower and certainly less complicated and more innocent. My Dad got home from work for his breakfast some Sunday mornings and if you were lucky you shared his rashers and the soundtrack was always Ciaran’s voice and music.
Occasionally he would make a reference to Limerick, his upbringing or his family and that made him more “ours” and though his life was in a very distant Dublin (where we went to the Zoo) we always felt that in some way his ties were to his homeplace.
Of course I now understand that Ciaran’s work was so much more than just that radio programme and that as a nation we owe a great debt to him and the others who travelled the country recording a disappearing culture and preserving it. This was done in the days when recording devices were cumbersome and travel was difficult but his “Job of Journeywork”, as he styled it, has laid the foundations for much of the music and the Irish Cultural Revival that has happened over the past 40 years.
He often spoke of West Clare, of Fleadh’s and Mrs Crotty from Kilrush, of Tulla and Kilfenora, of Micko Russell and Willie Clancy, and of flutes and fiddles, all of the familiar things that meant something to a young man whose extended world encompassed his home place and the annual holiday in Kilkee.
We grew up with his slow measured bass voice and as it got older and early Sunday Morning rises gave way to long lie ins after late nights we parted company for a number of years. But as if to mark the passage of time when our own children arrived and woke with the dawn Ciaran’s voice once again anchored us reassuringly and the Rashers and Sausages music took on a new meaning.
And so it was that I was privileged to be the one despatched to collect him from Limerick Station to assist in the launch of a charity album. We drove up Mulgrave Street that dark wet Friday night and that Sunday morning voice was now in my car regaling me with stories of his youth and enquiring about old neighbours. I had a million questions to ask him but I sat and listened immersing myself in the voice and understanding just what a formative place his home was in his view of life. I realised that our upbringing in that same place though 50 years apart were almost identical and I learned from him that his passion for his trade was undimmed by the years and that my childhood Sunday Morning influence was as real in person as he was through the speakers of the radio in the kitchen
Ciaran finally no longer finished his programme with the line “go dtí an céad uair eile” in 2005 and went to his eternal reward in December 2009 and Sunday mornings have never been the same. For me the smell of Rashers and Sausages or the music of Geraldine O’Grady always reminds me of Ciarán MacMathuna.

The above was posted on Limerick Life's blog

Donal Óg Cusack is no stranger to controversy. In his very well written article in Irish Central he gives us his views on Pope Francis. 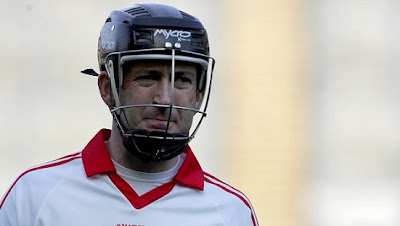