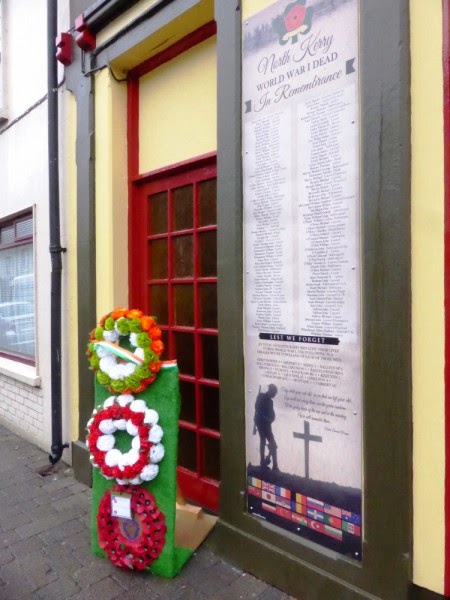 This is now a permanent North Kerry War Memorial on Church St. Listowel. 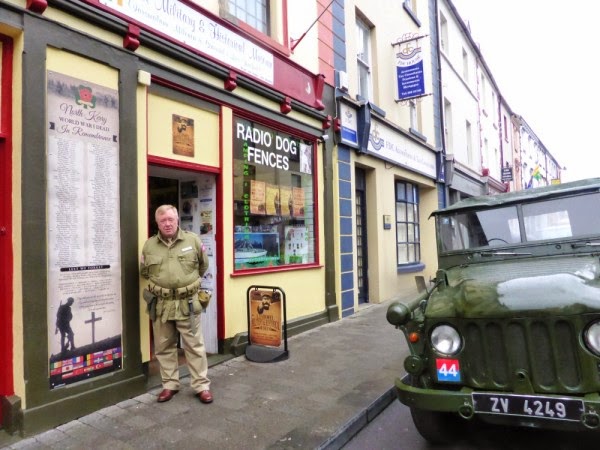 Jim Halpin, seen here outside his shop and museum does trojan work in keeping the sacrifice of those who fell in war before our minds. His latest memorial on the wall outside his shop lists the names of all the North Kerry men who fell in World War 1. He has done the town a service. My photos do not do justice to the memorial. If you are in town, take a good look and say a prayer for the fallen. 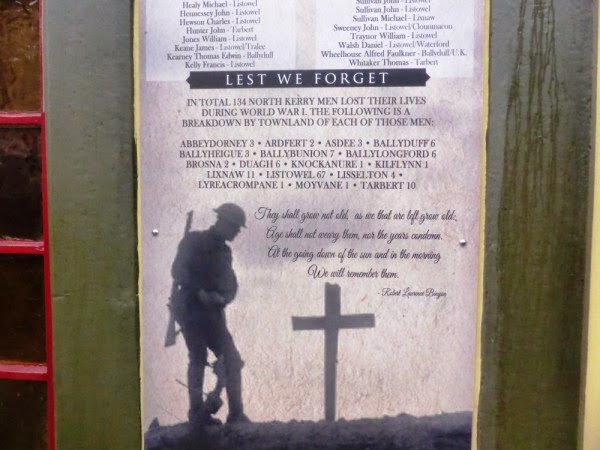 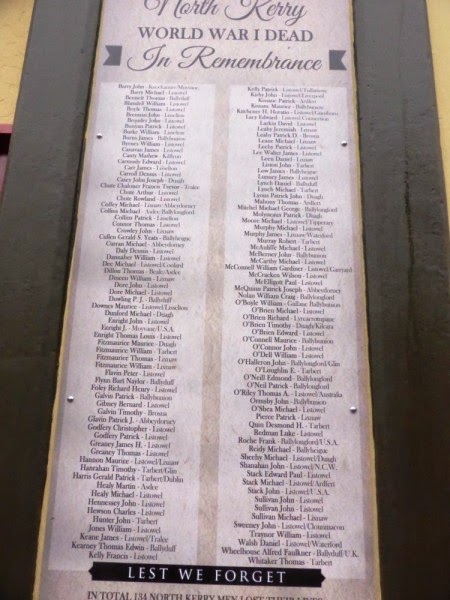 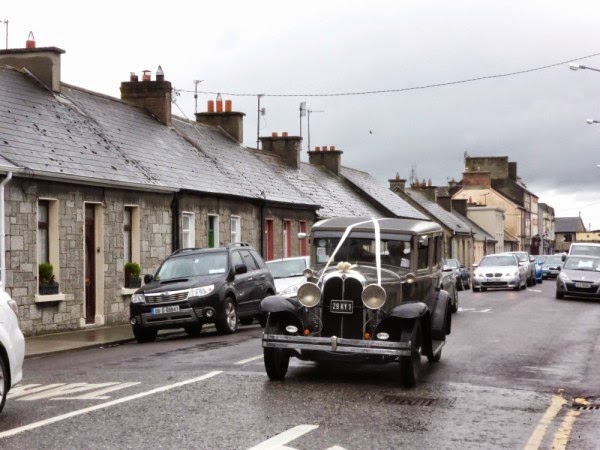 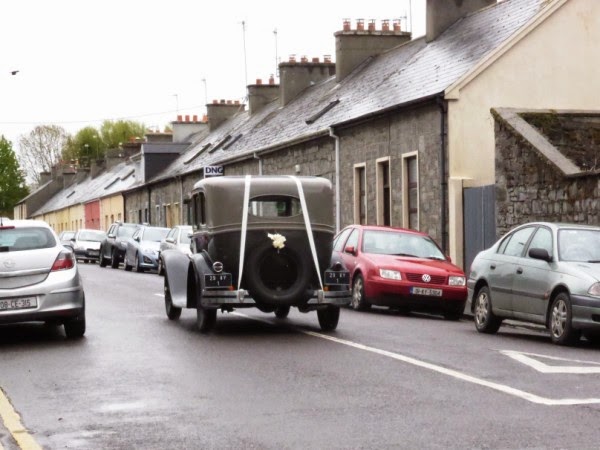 Snapped on Charles Street on Saturday May 2 2015 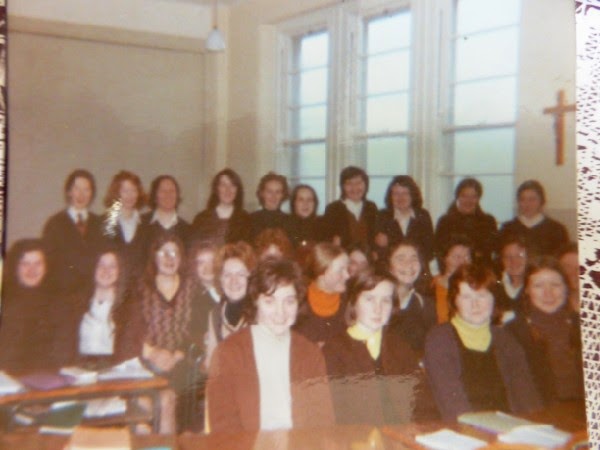 Any idea who these girls are, where was the photo taken and why?

From the 1960s GAA brochure 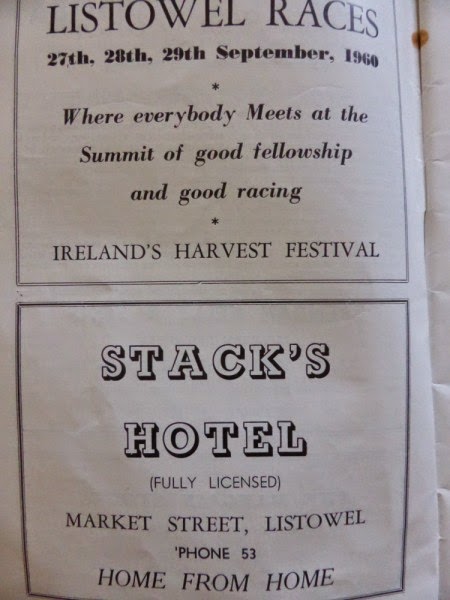 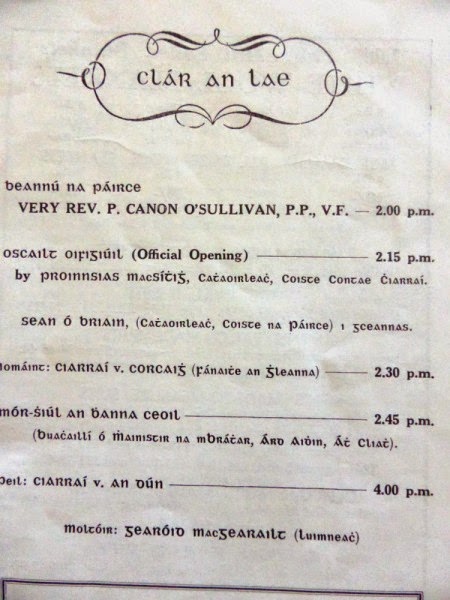 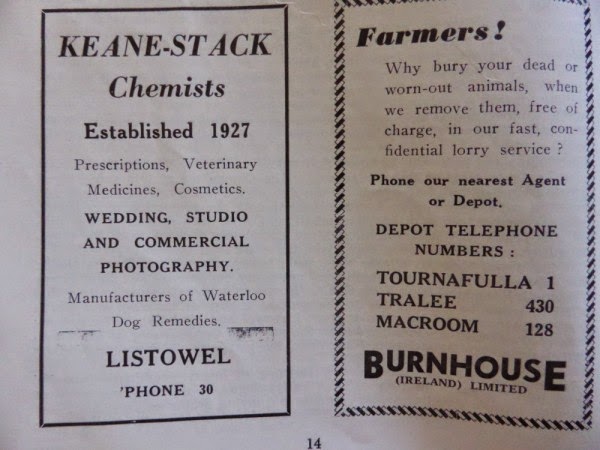 This week exactly 100 years ago, Canadian Major John McCrae wrote his poem ‘In Flanders Fields’ as a reaction to the death of his close friend in battle. McCrae discarded the poem but luckily a fellow officer saved it and sent it to a British newspaper. The Advanced Dressing Station near the Essex Farm Cemetery in Ypres marks the site where John McCrae wrote his poem. 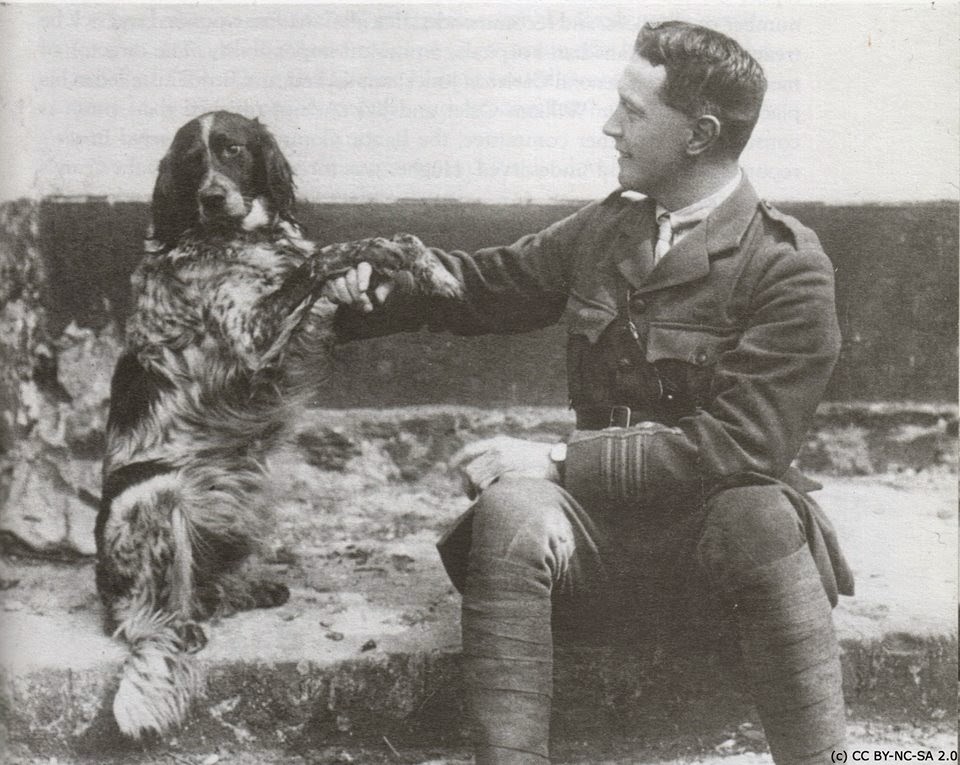 In Flanders fields the poppies blow
Between the crosses, row on row,
That mark our place; and in the sky
The larks, still bravely singing, fly
Scarce heard amid the guns below.
We are the Dead. Short days ago
We lived, felt dawn, saw sunset glow,
Loved and were loved, and now we lie
In Flanders fields.
Take up our quarrel with the foe:
To you from failing hands we throw
The torch; be yours to hold it high.
If ye break faith with us who die
We shall not sleep, though poppies grow
In Flanders fields.
The story behind the poem:

During the early days of the Second Battle of Ypres a young Canadian artillery officer, Lieutenant Alexis Helmer, was killed on 2nd May, 1915 in the gun positions near Ypres. An exploding German artillery shell landed near him. He was serving in the same Canadian artillery unit as a friend of his, the Canadian military doctor and artillery commander Major John McCrae.
As the brigade doctor, John McCrae was asked to conduct the burial service for Alexis because the chaplain had been called away somewhere else on duty that evening. It is believed that later that evening, after the burial, John began the draft for his now famous poem “In Flanders Fields”. 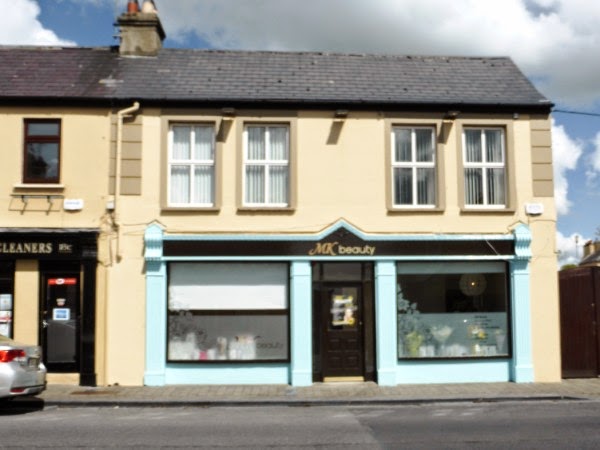 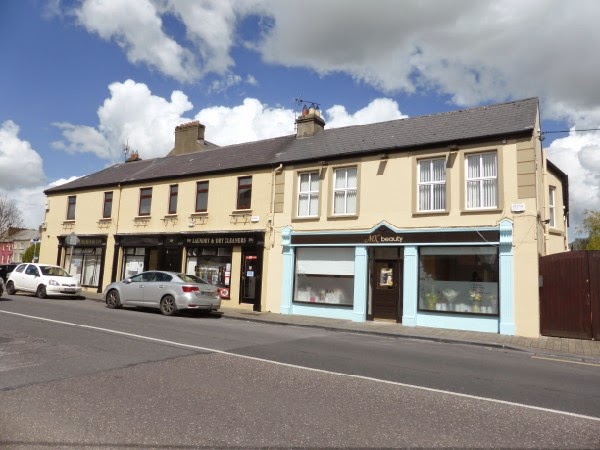 Best of luck to MK Beauty. It's a joy to see young people investing in the future of our town.
Posted by Listowel Connection at 07:30