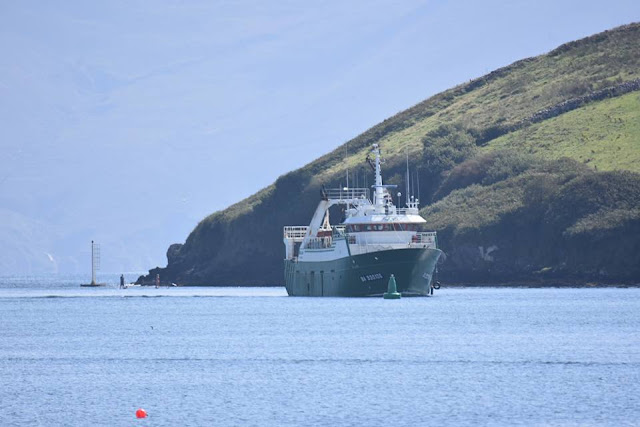 Chris Grayson was on the Dingle peninsula.

A few years ago, as a project during Listowel Writers' Week, the young people of Existance Youth Café, helped and supported by Listowel Tidy Towns' Committee, painted some artistic graffiti on the walls of the old ball alley. Recently I noticed that the end wall has been painted over. I hope whoever painted it won't paint over any more of it, because it is lovely. 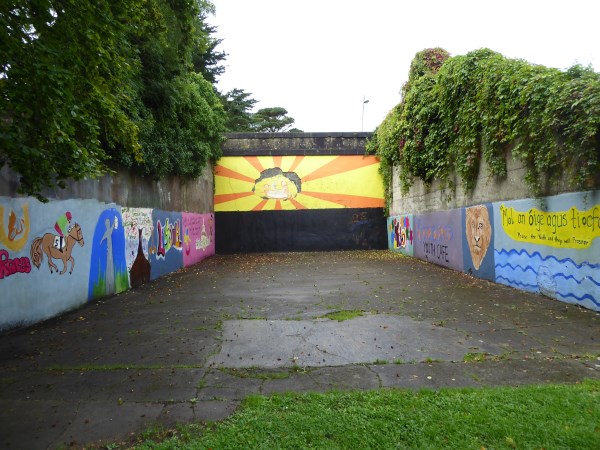 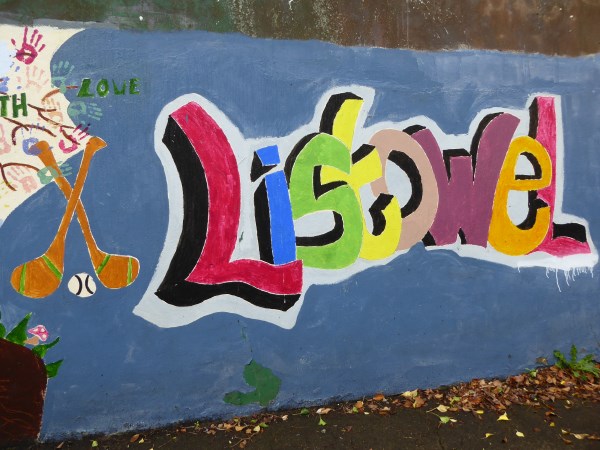 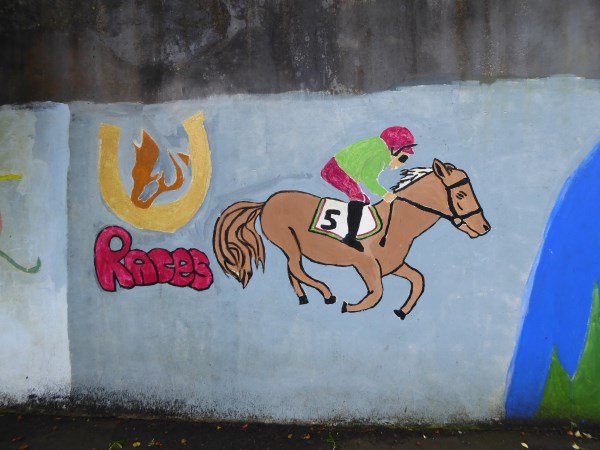 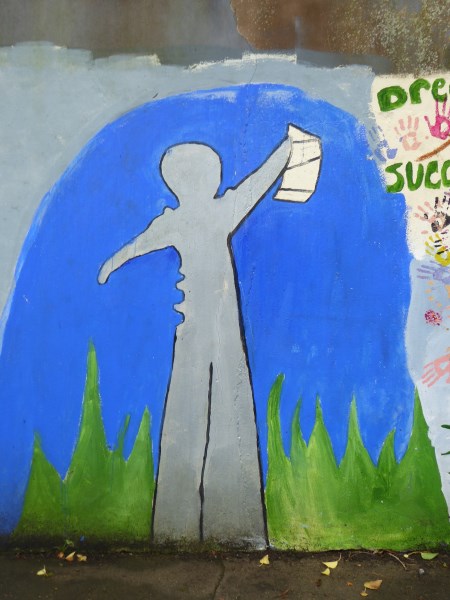 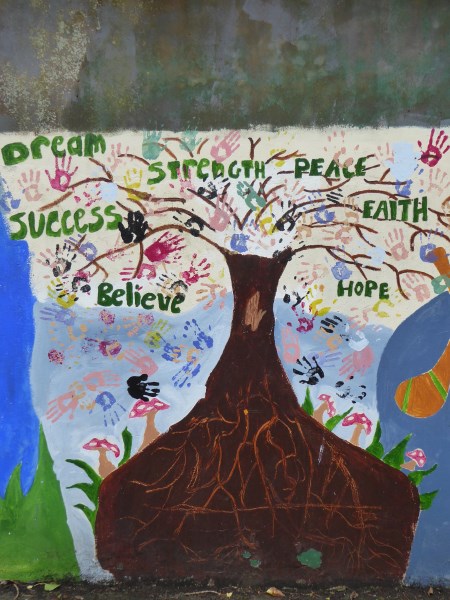 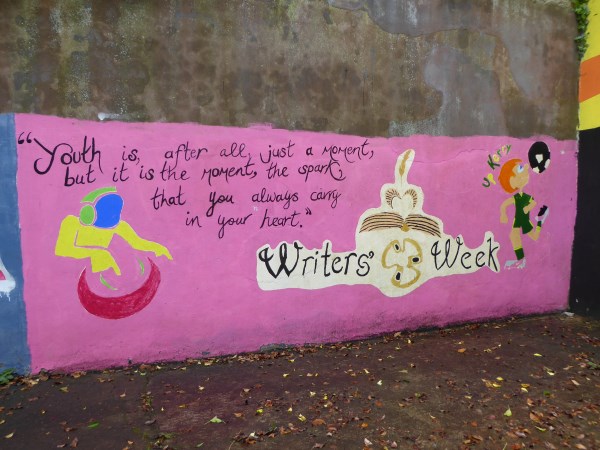 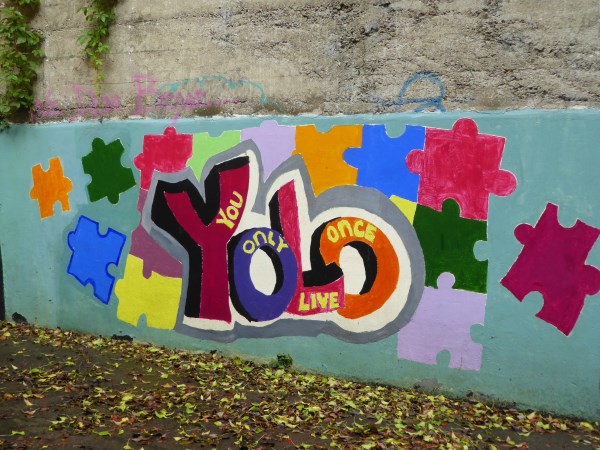 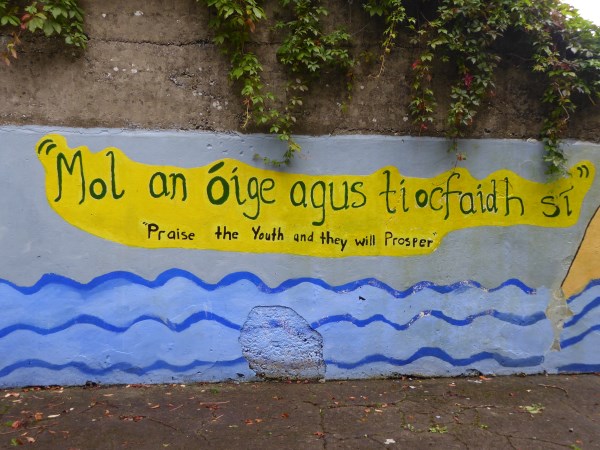 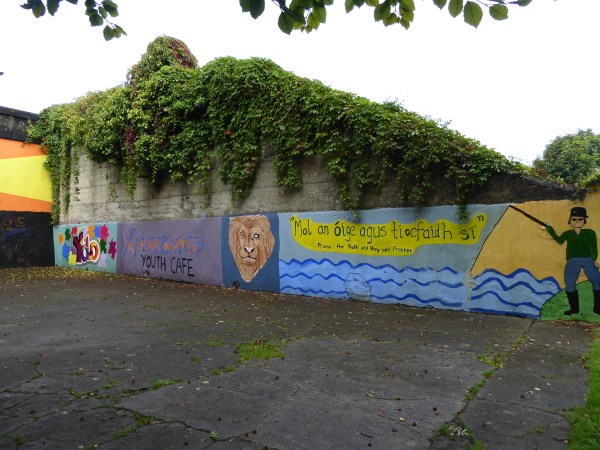 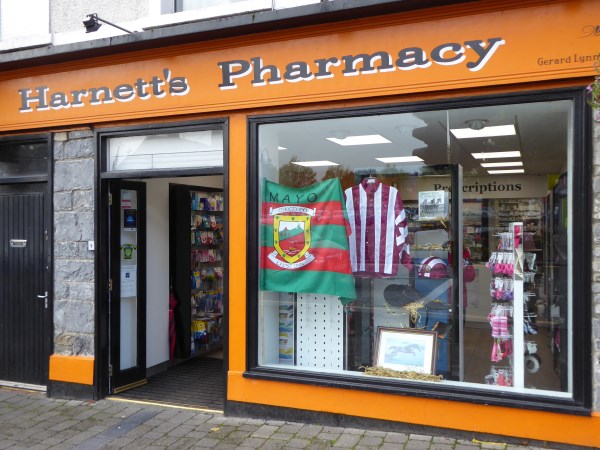 Twin Concerns this week; a Mayo football Jersey and a jockey's silks in the window at Harnett's

Home is the Hero 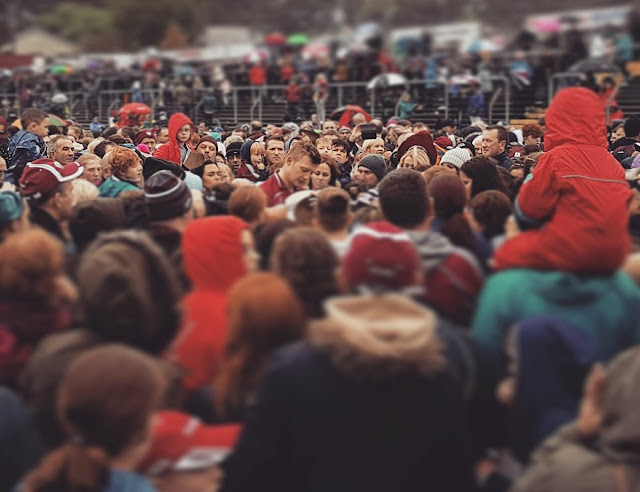 Real heroes have time for their fans.

Overview photo of the racecourse by Pat Healy


Apart from the fine fresh air and friendship that you will have in abundance at the races, the only other thing free for the week is the free draw each day, entry forms to be found on the day’s race card.
Race card kiosks are located in several areas of the enclosure.

In my previous lookback, I mentioned Paul Kennelly of Woodford.  He used to be assisted in putting up the decorations by several of his sons. One by one over time, they emigrated to seek their fortunes in England. Like many before them, they worked hard and prospered. Murt, having done well, decided to become a racehorse owner. Among the horses that he owned was Bregawn. In 1983 Murt achieved what most owners and trainers would only dream of, by winning the Gold Cup in Cheltenham. It could not happen to a nicer man and family.

The weekend prior to the races would see an influx of returning emigrants arriving at the Railway Station. The Races was the one time of the year where anyone away would make an big effort to return back to town and meet up with old friends.
Tuesday used be the first day of the three day meeting. Many lads, like myself, would be down early outside the Race Company Office in the Square; our mission, to collect race cards for the day. This was another money making project for us young fellows. Each card would be sold for one old shilling and we would take three old pence for each one sold. On getting the cards, a bee line would then be made to the Railway Station, where each race day morning at least four packed “specials” would arrive.  It used be like London's Euston station. We used work in teams of three, with one always ready to cycle down to the Square to get fresh supplies.
Here we were also introduced for the first time to the Dublin fruit and sweet sellers. We used to call them the Molly Malones. Afterwards we got used to their cry, “apples, pears and ripe bananas!”.

Any cards we had left after the railway station would be sold around the streets.

One year I decided to go into business on my own, running a bicycle park. A bike would have been the most common form of transport for a lot of country men in the mid 1950s. Each day of the races from mid-morning droves of country men from the northern end of the county would come down the Ballylongford Road to the town. By taking up a position on top of the bridge I could easily canvas likely contenders who would have dismounted and walked up the far side and who wanted their bike parked safely for the day. Having secured a customer, I would take him down to our yard, give him a ticket, get paid and then rush back up to the bridge again. By early afternoon customers would have dried up so it was then off over to The Island.

Our racedays were spent like most others out in the field opposite the stand. Not like today, where the field is used as a carpark, it was in those days similar to the opposite enclosure, albeit without a stand.  It had  bookies, bars, Tote and every other facility, even including swinging boats. Evening time offered the magic of the market, and for the week the cinemas would run a second film showing.

Back to the bicycle park. The less said about the bicycle park the better. Having got my sister to help out in the early part of the evening, I then had to take up duty. On that particular night it was after five in the morning before the last bike was claimed. My mother and father said they had no sleep with all the comings and goings, so that finished that idea.

A friend, Dr. Philip O Carroll, now domiciled in Newport Beach in California, reminded me of Bryan McMahon's classic Listowel ballad, 'Lovely Listowel' first printed by Bob Cuthbertson and sold on an original penny ballad sheet. I have a copy and I would like to share it with all of those Listowel people around the world who could not join us this year.

Oh, Puck may be famous and Galway be grand,
And the praise of Tramore echo down through the land,
But I'll sing you a ballad and beauty extol,
As I found it long ' go in the Town of Listowel.

I've been to Bundoran, I've rambled to Bray,
I've footed to Bantry with it's beautiful bay,
But I'd barter their charms, I would, pon my soul,
For the week of the Races in Lovely Listowel.

There were Bookies and Bagmen and Bankers and all,
Biddy Mulligan was there with a green-coloured shawl,
And a cute little boy pitching pence in a bowl,
Took me down for a crown in the Town of Listowel.

The Hawkers were kissing and bleeding as well,
We had Hoop-La and Loop-La and the 'oul Bagatelle,
And silver-tongued gents sure I'd bet they'd cajole,
A pound from a miser in the Town of Listowel.

Beyond on the course there was silk flashing past,
The unfortunate nag that I backed he was last,
When he ran the wrong way sure I lost my control,
And I prayed for the trainer and Lovely Listowel.

Oh night time, how are you-the night sure 'twas day,
And the stars in the sky sure they looked down in dismay,
And they sez to the moon then in accents so droll,
'You're done, for the sun shines to-night in Listowel'

And you'd travel the land to see maidens so rare,
With buckles and pearls and grace I declare,
In my troubles and toils there is one can console,
she's a wife, be me life, from the Town of Listowel.

My rhyming is over, God bless those who heard,
For I'll take to the roads and go off like a bird,
And before I depart well you all must pay toll,
So three cheers for the Races and Lovely Listowel.

Last year on the Saturday of race week, Owen MacMahon gave an impromptu blast of his father's famous ballad. He was helped by fellow "well dressed men" at Listowel's Tidy Town's Vintage Day.

It's still a bit blustery on The Island. The weather is set to improve though.
John Kelliher  some  great photos. 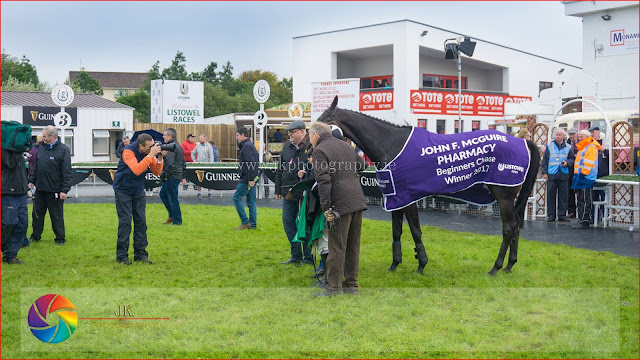 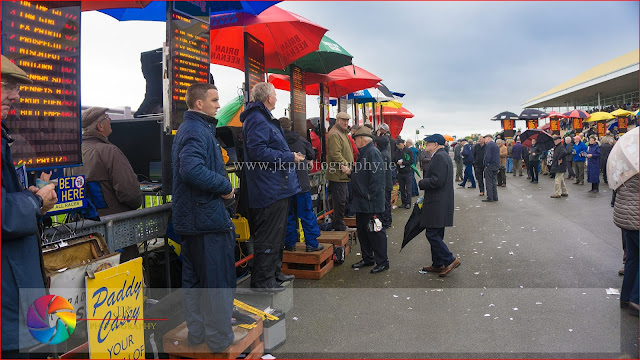