George Boole, Harvesting Apples, rides at The Market 2018 and an early take on Ladies' Day 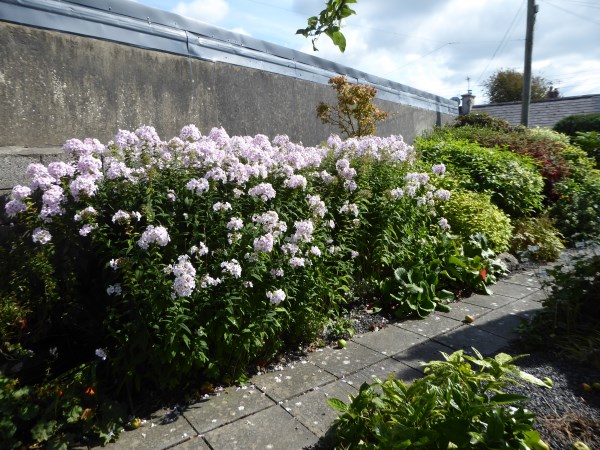 Phlox in a border in my garden in Autumn 2018

"Season of Mists and Mellow Fruitfullness" 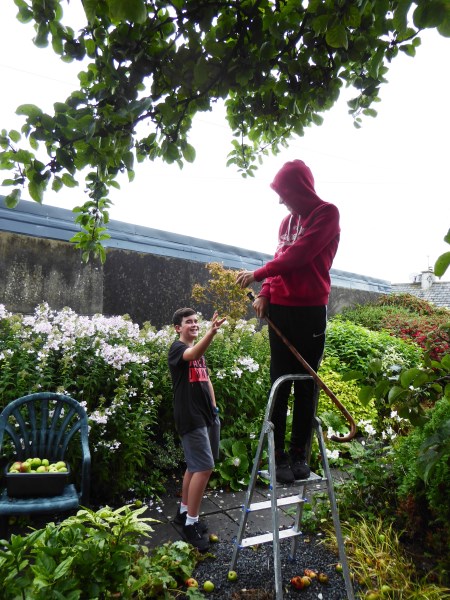 Everyone who is lucky enough to have fruit trees will tell you that this year we have a massive crop. My grandsons helped me to harvest my apples.

Great Genius and Common Sense or Lack of it 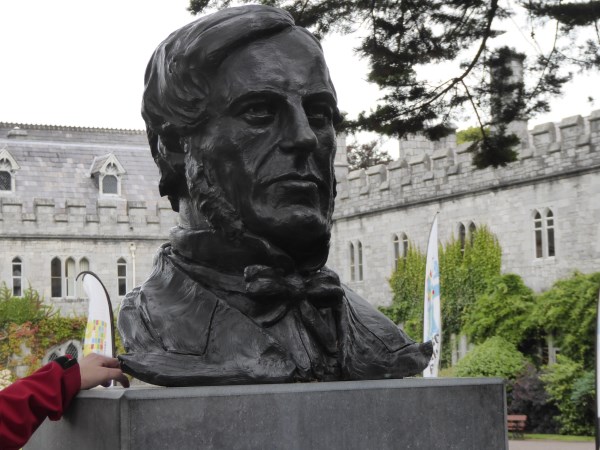 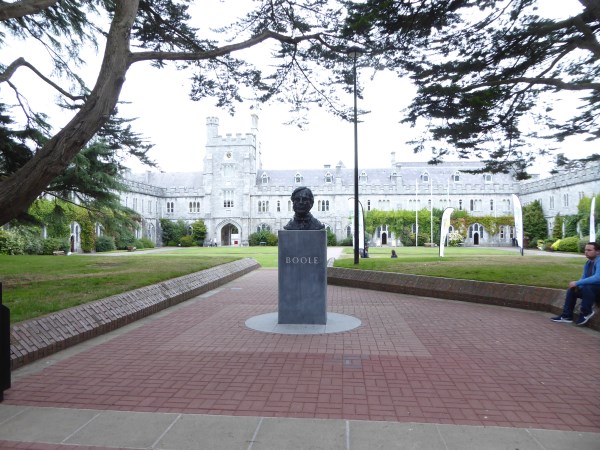 This is George Boole, father of Boolean Maths which in turn gave rise to the internet. That's what our guide on our walking tour of UCC told us. This statue to him was unveiled in 2016 but already the student library was named after him.

Here's the anecdote our guide told us.

George lived in Blackrock and walked into college every day. On this horrendously wet day in November 1864, Gorgeous George (our guide told us that that was his nickname) set out for college on foot. He was soaked to the skin but he gave all of his lectures and did not leave for home until all his duties were fulfilled. He refused to get a cab and instead he walked the three miles to his home.
He was by now chilled and feverish and on the verge of pneumonia.

George's wife was a believer in homeopathy. This branch of medicine was in its infancy and I fear Mary took too literally the belief that what had made you ill was the best thing to cure you...a sort of hair of the dog belief.
Anyway, she put poor shivering George to bed and piled wet blankets on top of him.

Meanwhile down the road 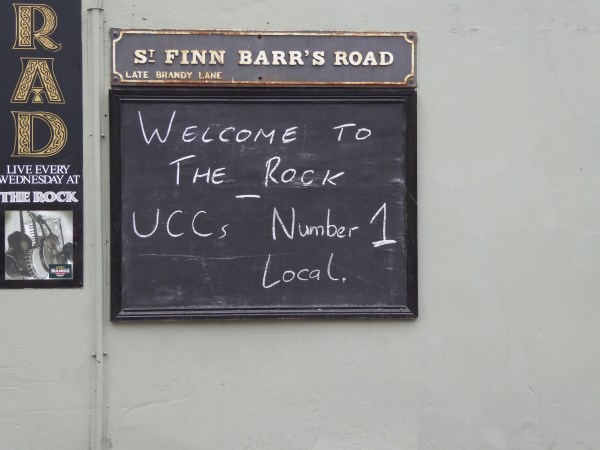 It used to be called Brandy Lane. Now it's St. Finn Barr's Road but the corner hostelry is hoping that that won't put student's off. 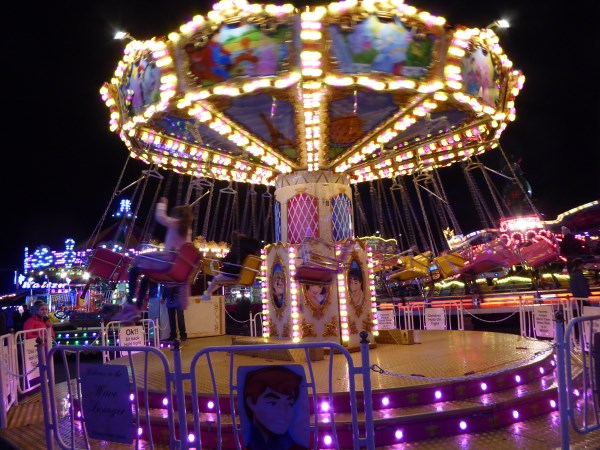 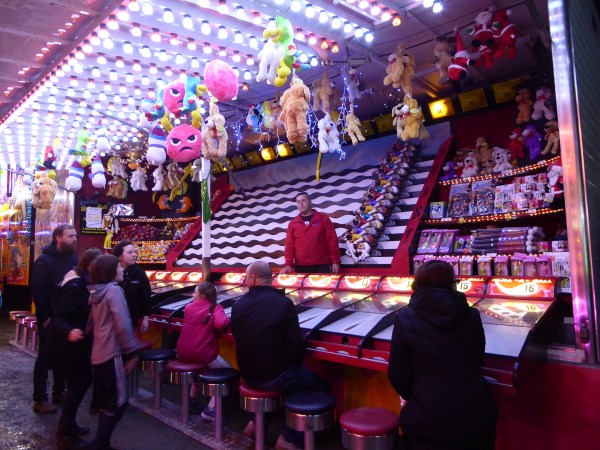 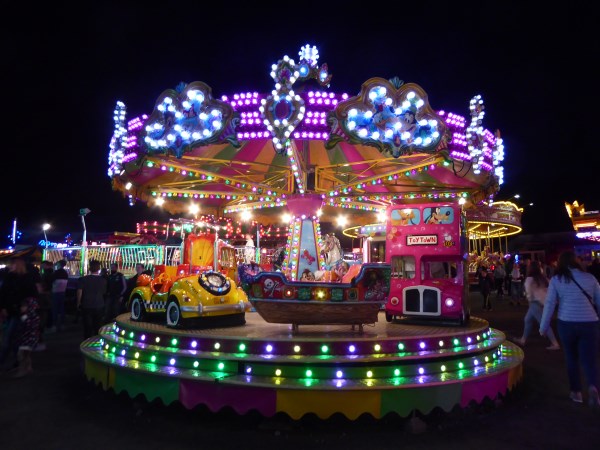 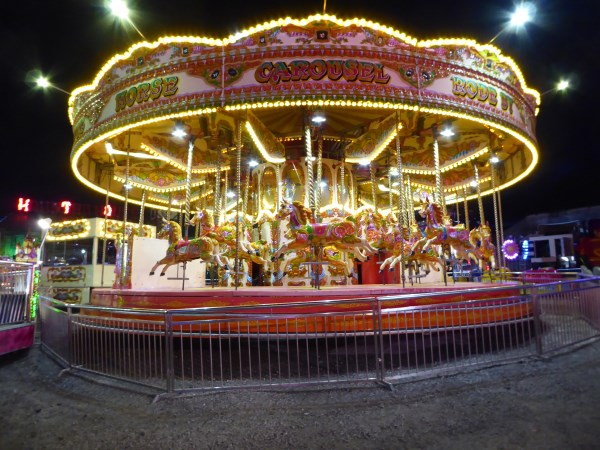 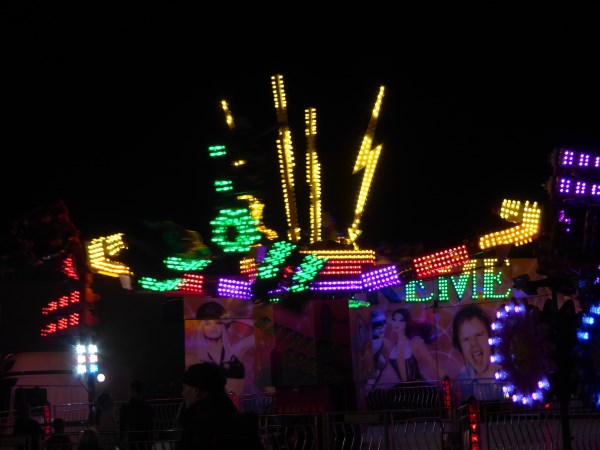 Maria Sham recognised someone in Seamus Buckley's old photo. Here is what she says;

I recognize my cousin Michael Fitzgerald, blond hair facing the camera, from Charles Street, now in the US A.

If anybody is in contact with him, will you tell him please.

I was on the Island early, so I took a stroll around. 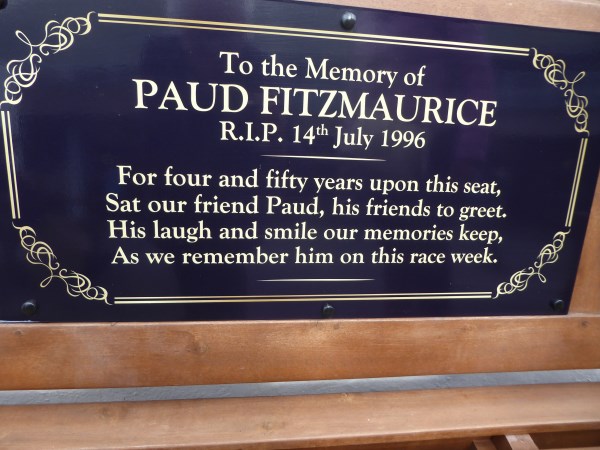 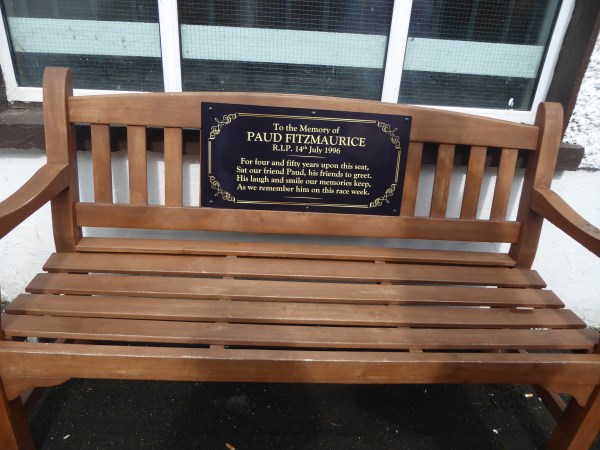 Isn't that a lovely touch? For Listowel people far and near, young and old, Raceweek is a time for remembering. It is a landmark week in the life of so many Listowel natives. 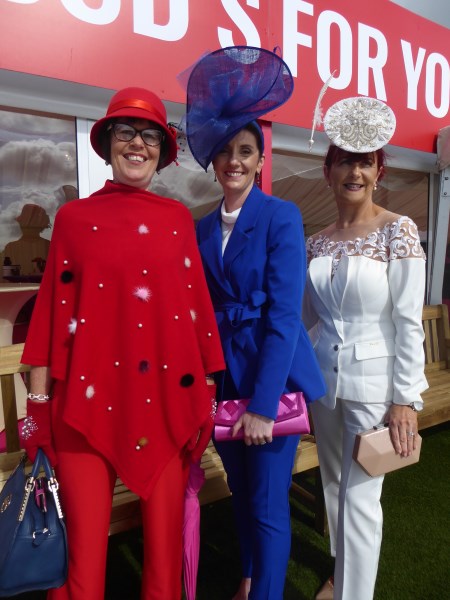 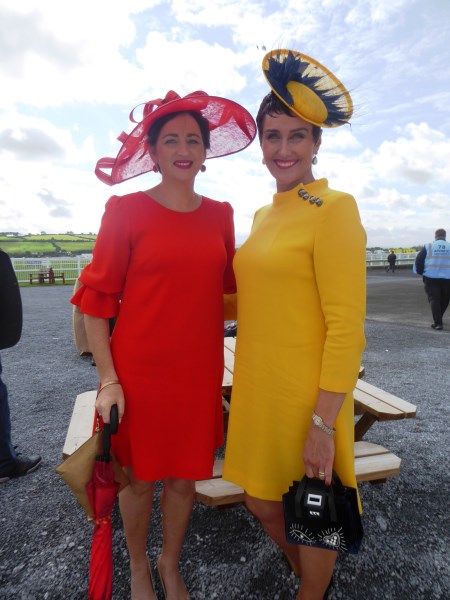 These were the first lovely ladies I encountered. There were hundreds more to meet in the course of the afternoon. 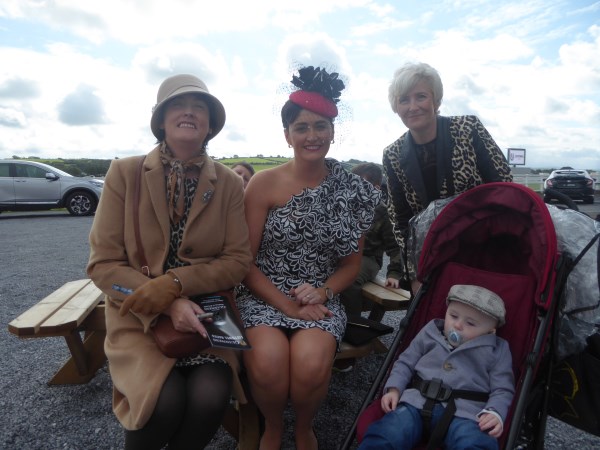 It is lovely to see families coming to the Races . This young racer won't remember this one but he has many more ahead of him. 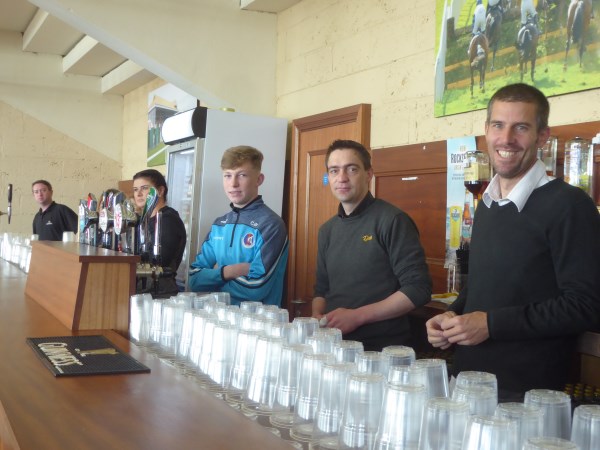 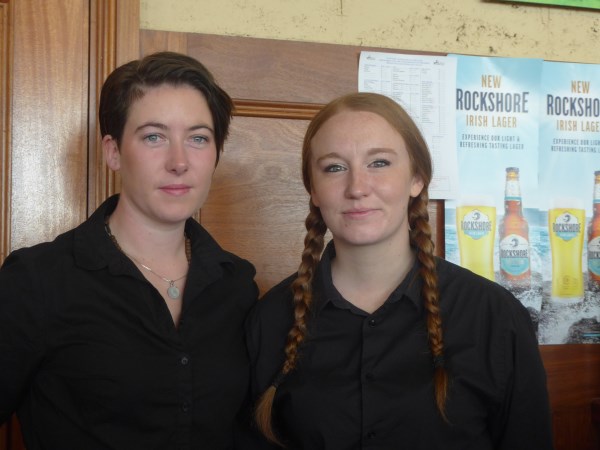 In the bar the staff were enjoying the calm before the storm. 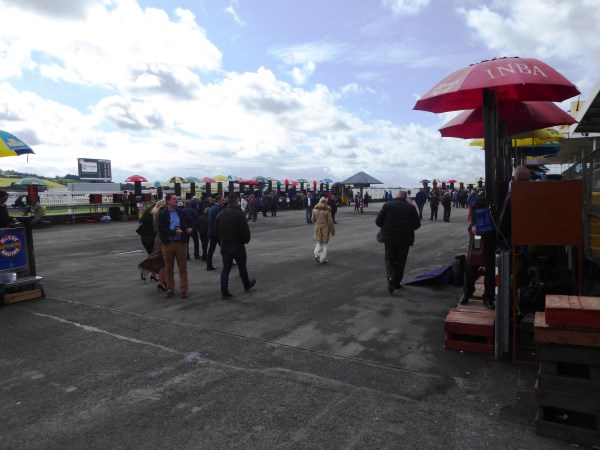 Even the bookies enclosure was like a ghost town...but not for long.
Posted by Listowel Connection at 07:30