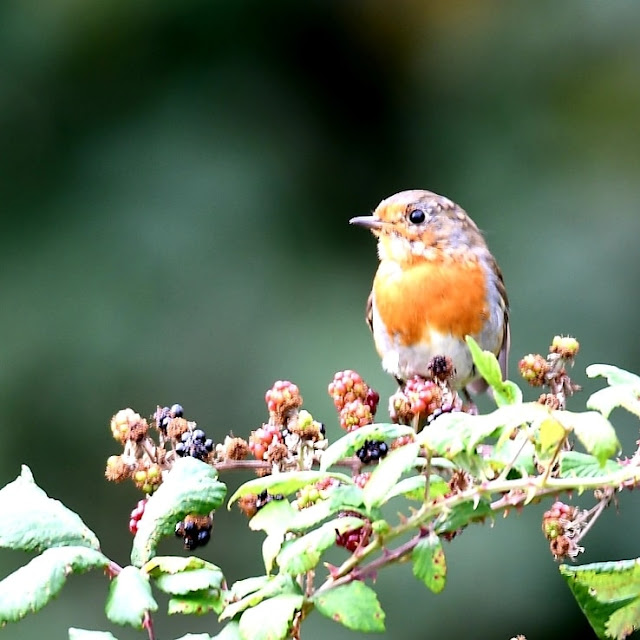 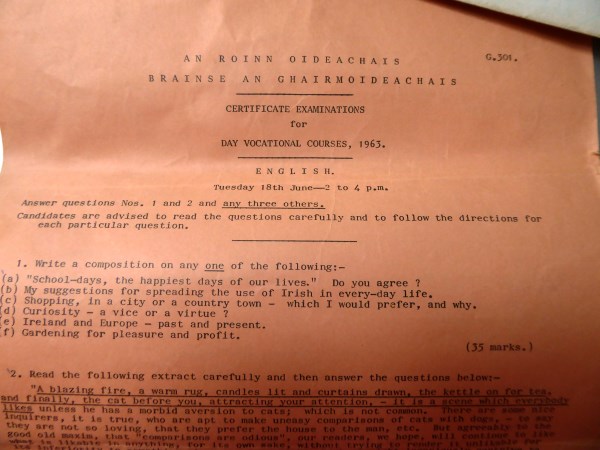 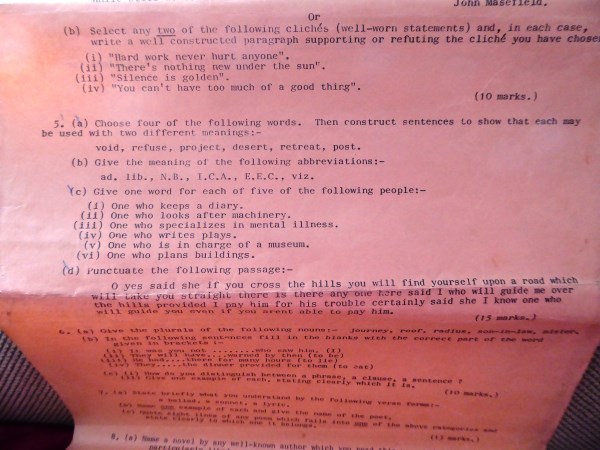 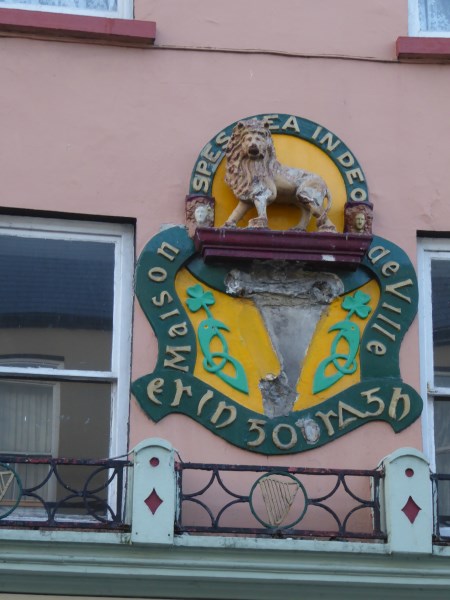 This iconic piece of stucco is being refurbished.

Raceweek Back in the Day 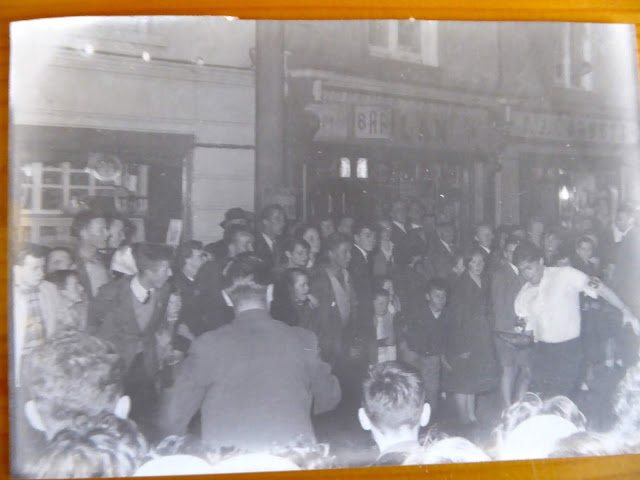 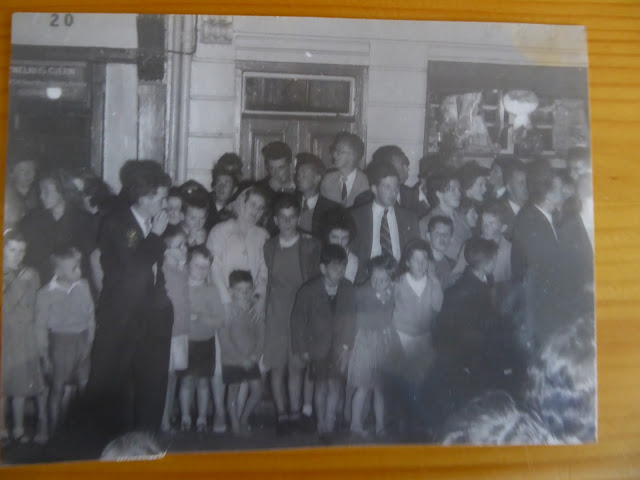 Great memories Mary, and you are correct, all of us emigrants cast our minds back to Listowel during Race Week. I loved seeing the old Race Cards. Stuart Stack ( Damian Stack 's father) used to distribute bundles of cards to us kids on Race morning and we would sell them up and down the street, the square and the pubs for a shilling, making 100% profit. So many memories of Race Week but Jimmy Hennessy, King of the Wrenboys will always stand out!!!

Did Her Sister make a Miraculous Recovery? 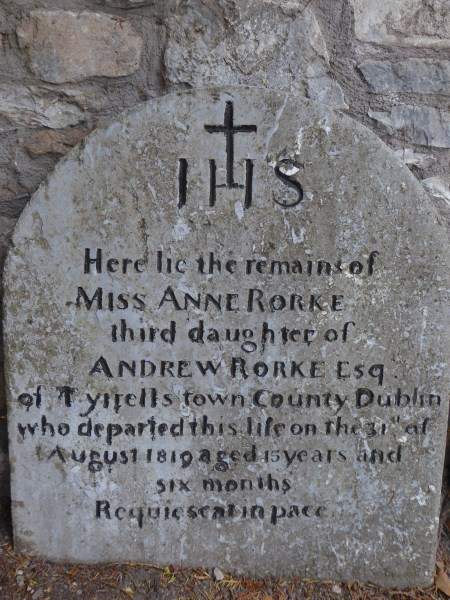 I photographed this headstone in the nuns' graveyard at the Nano Nagle Centre in Cork. The Nano Nagle Centre, which is well worth a visit, holds the graves of both  Presentation and the Ursuline sisters. It is on the site of the old South Pres. I'll be coming back to it here because I made a second visit there recently and was fascinated by the marvellous work of preservation and information that The Presentation Sisters have done at this site which is a museum, a peaceful garden and a visitor centre. I'll have to go back a third time because, by bad timing, I missed the guided tour by Sr. Bride Given, formerly of Listowel whom I am told is an excellent guide.

Back to this child, Anne Rorke of County Dublin who was buried with the nuns.

Dave O'Sullivan did a bit of research for us and the story he found refers to Anne's sister but sheds enough light for us to  surmise about Anne and her fate. 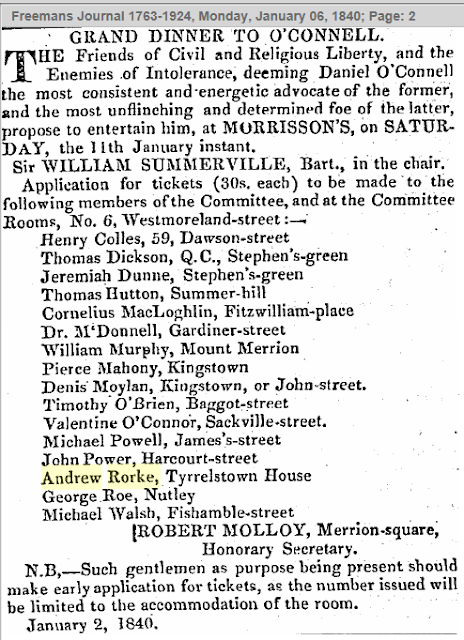 The Andrew Rorke referred to in this cutting is obviously Anne's father. In 1840 he belonged to the 'Friends of Civil and Religious Liberty",  was a follower of O'Connell's and obviously wealthy enough to be able to send his daughters to the Ursuline Boarding School  in Cork to be educated.

The next newspaper story is the fascinating one. 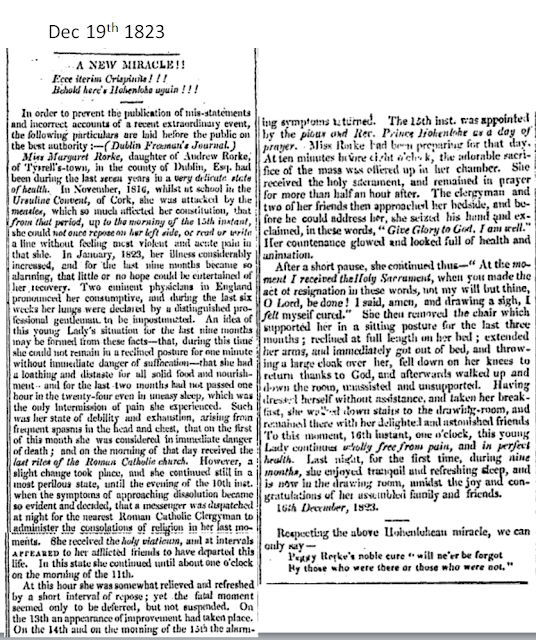 For those of you who have difficulty reading the newspaper cutting, here is the gist of it;

Margaret (Peggy) Rorke of Tyrrellstown in Co. Dublin contracted measles while a boarder in the Ursuline Convent School in Cork. This is 1823 when an outbreak of measles could result in deaths in a crowded community. Anyway Margaret was in a bad way, couldn't sleep, couldn't eat,  could only sit in a chair because to lie prone would have resulted in her lungs filling up with fluid.

In this state she is attended by the nuns and is preparing for death, when they send for a famous priest and miracle worker to give her the Last Rites, then called Extreme Unction or Holy Viaticum (Bread for the journey to heaven).
This priest is Prince Alexander Leopold Franz Emmerich of Hohenlohe-Waldenburg-Schillingsfürst

He performs the last rites on the dying girl, she spends some time in prayer and, lo and behold, she throws off the covers and walks for the first time in three months. She is completely and undeniably cured.

From this story we can surmise that her sister Anne died of some complication of measles in 1815.  Because they had suffered the loss of one daughter, the family would have done anything to save the life of Margaret, including bringing a miracle priest from Germany. Daniel O'Connell may even have had something to do with it.

Sunday at the Races 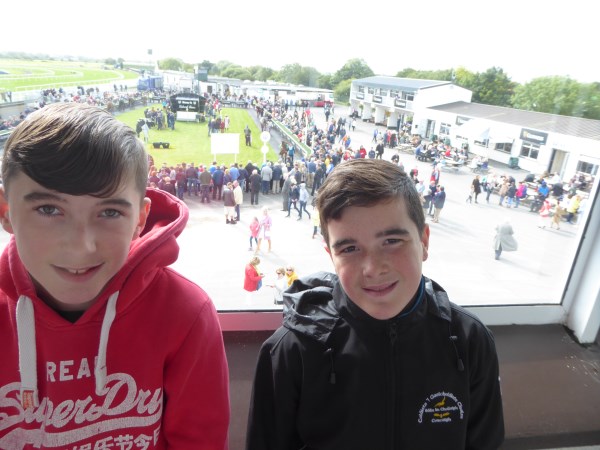 Sean and Killian were with me in Kerry for the weekend. We went to The Island on Sunday and we had a great time. Not too much luck with the horses but a good time nonetheless. 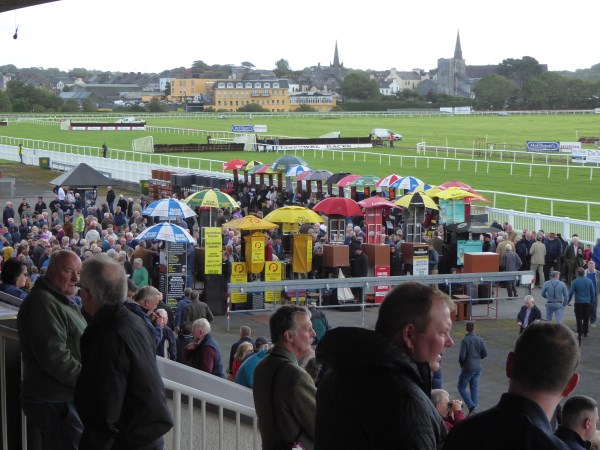 There was a great crowd in attendance.
Posted by Listowel Connection at 07:30