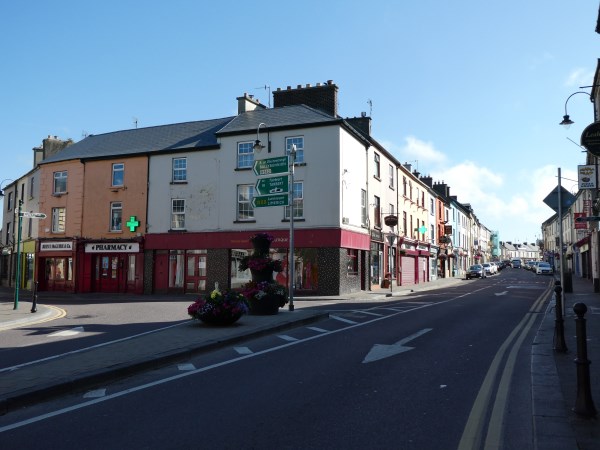 A practically deserted Church Street, early morning on a July Sunday in 2019

There was an old woman who lived in the woods....

Have you noticed that so many Listowel housing estates take their names from trees or woods? It might look to an outsider that Listowel is one big forest.

Below are just a small few examples. 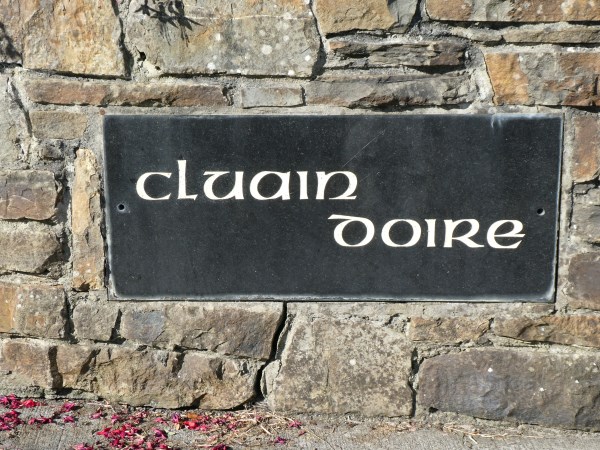 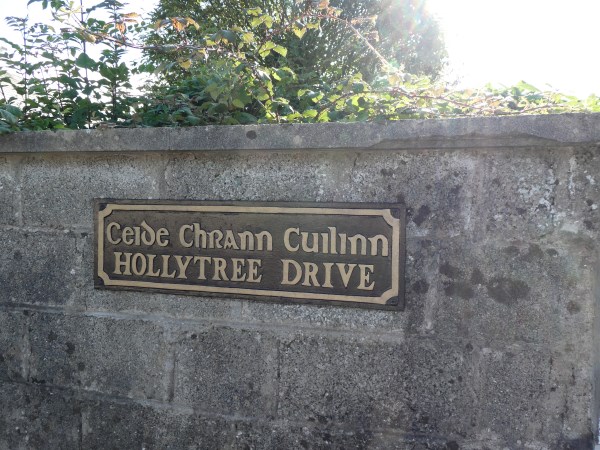 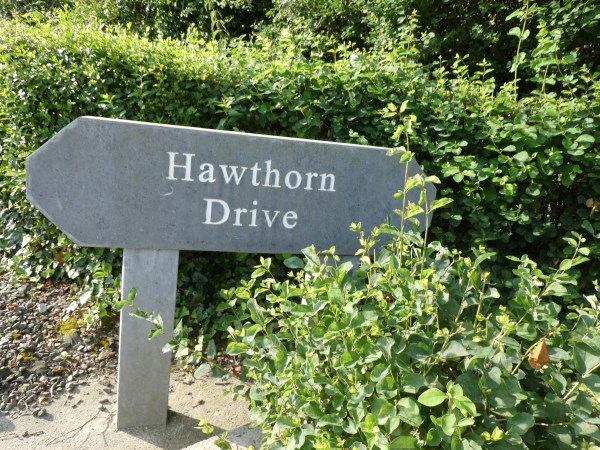 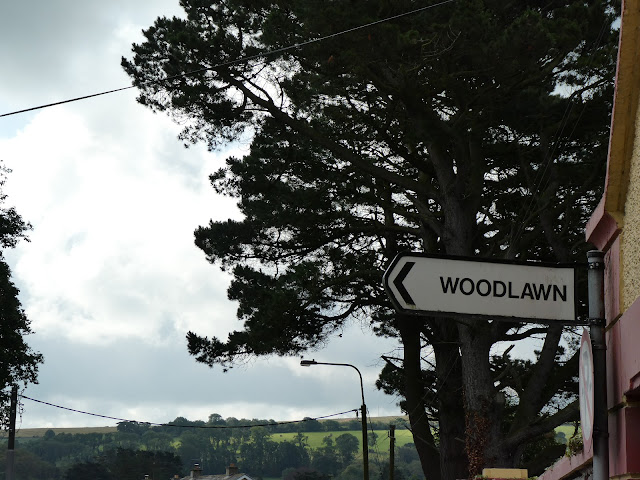 Commemorative Seats by the River Feale 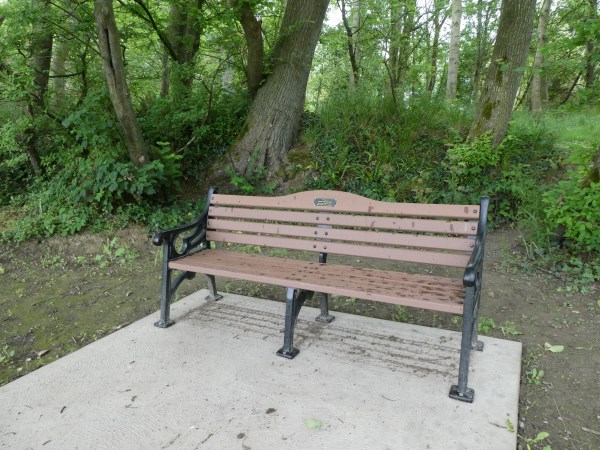 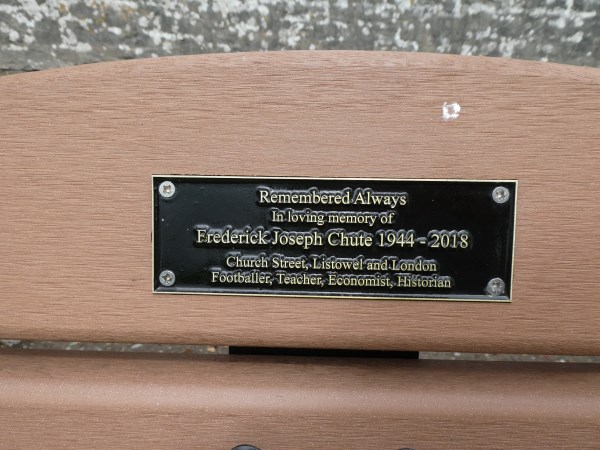 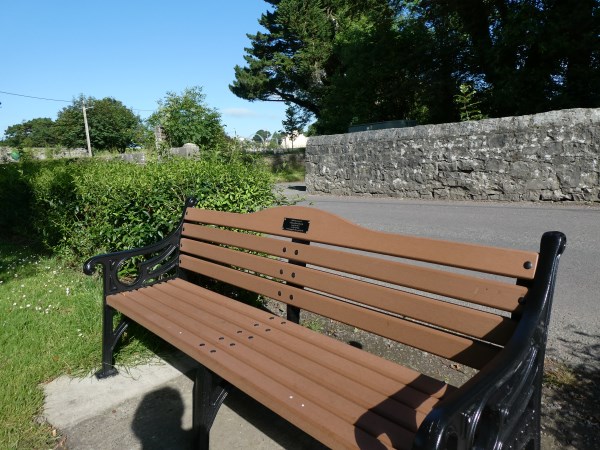 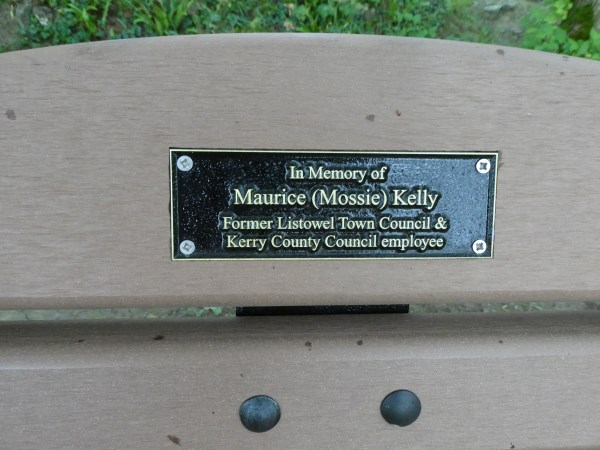 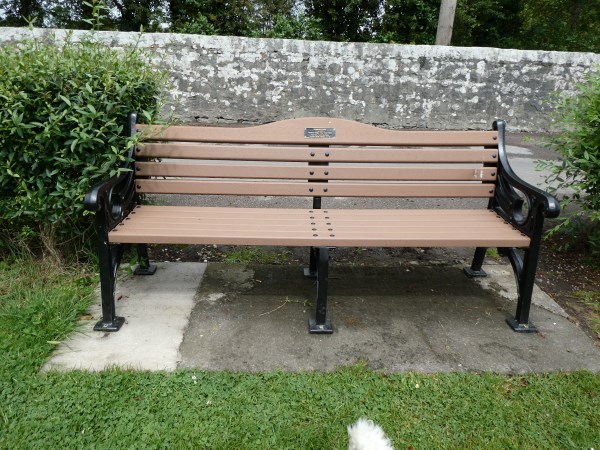 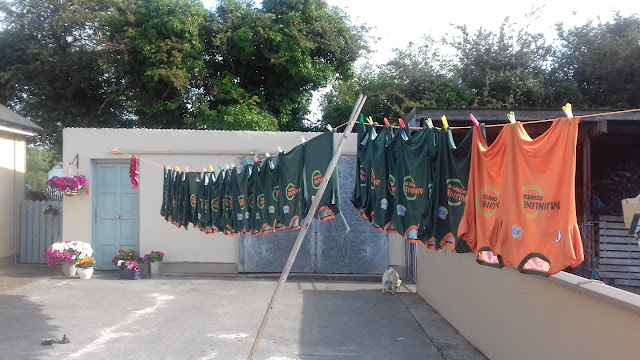 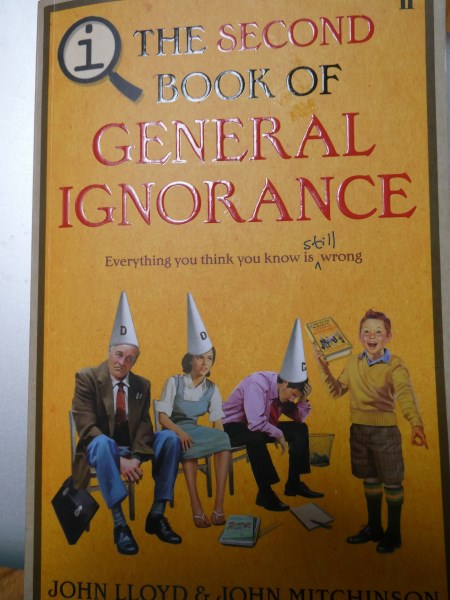 You are never more than six feet away from a rat!

Wrong, wrong and utterly wrong, by a factor of about ten.

Rentokil, and they should know, estimates that most city dwellers are about 70 feet from the nearest long tailed one.

Here are a few rat facts; 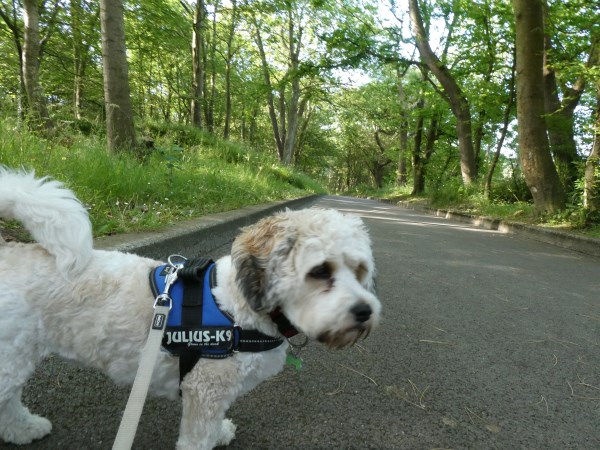 I took Molly for a walk along by Gurtinard Wood and on to the River Walk on one of last week's lovely summer mornings. 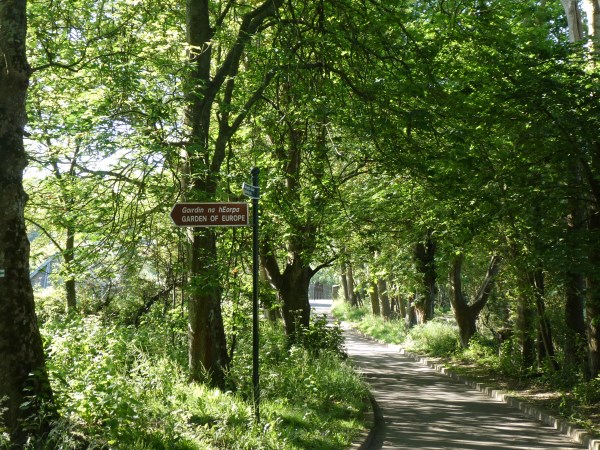 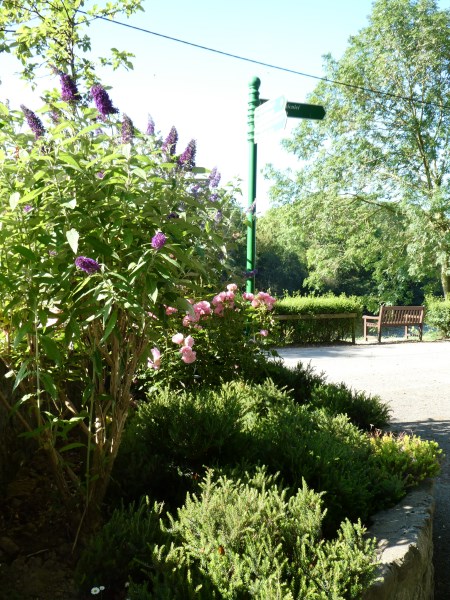 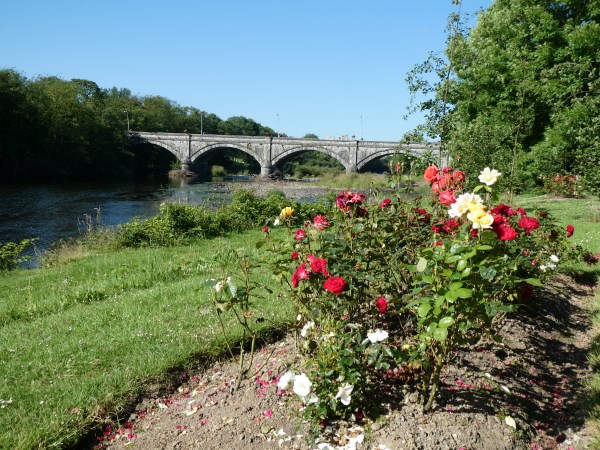 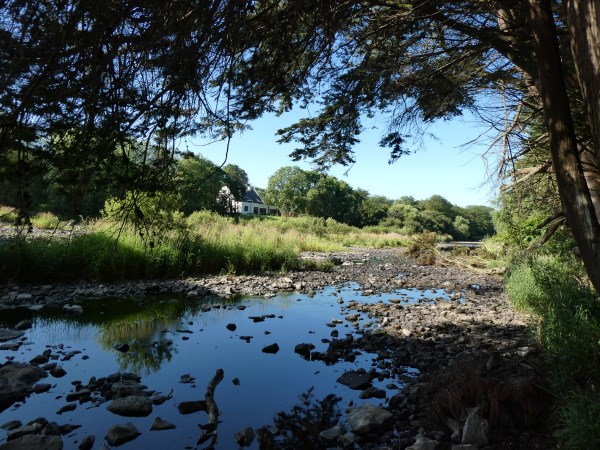 The level of the water was very low. 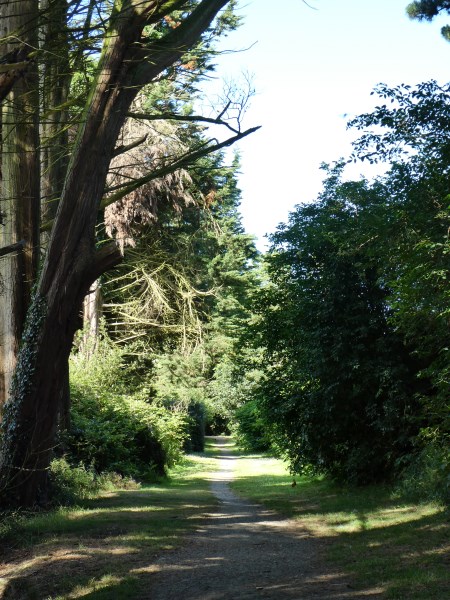 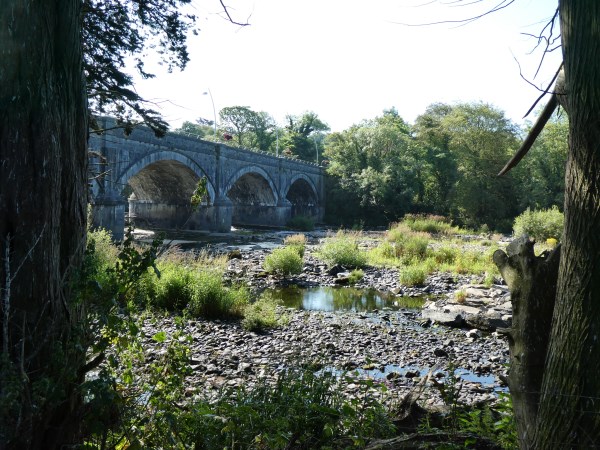 Poignant Sight Yesterday on the John B. Keane Rd. 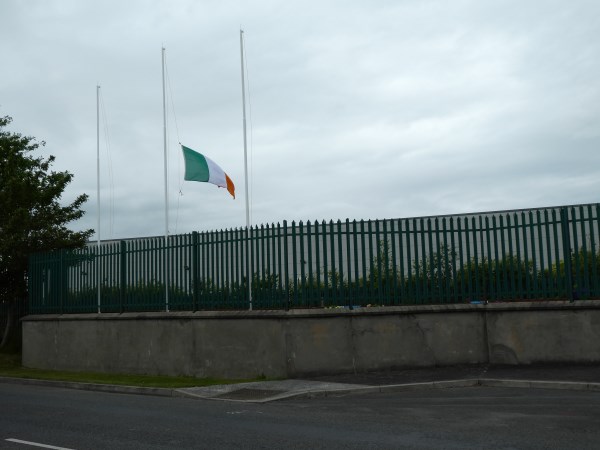 The flag at the Lartigue was flying at half mast as a mark of respect to Jack McKenna who passed away on July 20 2019.

Jack volunteered at the visitor attraction until he was in his nineties and he was a huge supported of the project from day one. 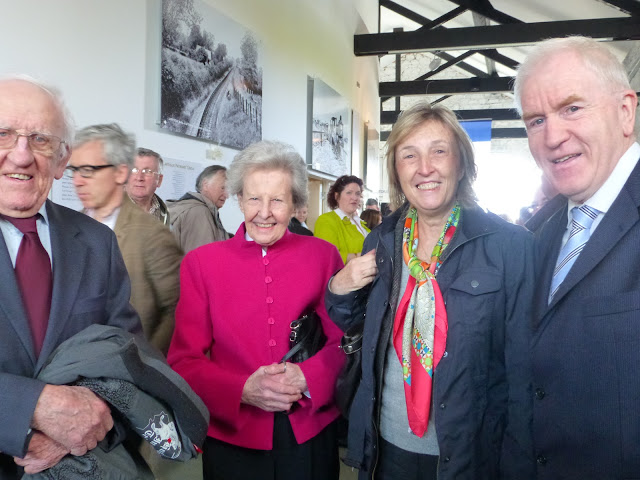 I took this photo of Jack and his late wife, Sue with Jimmy Deenihan and the German ambassador at the official opening of the project in 2013.

It Doesn't Get any More Irish 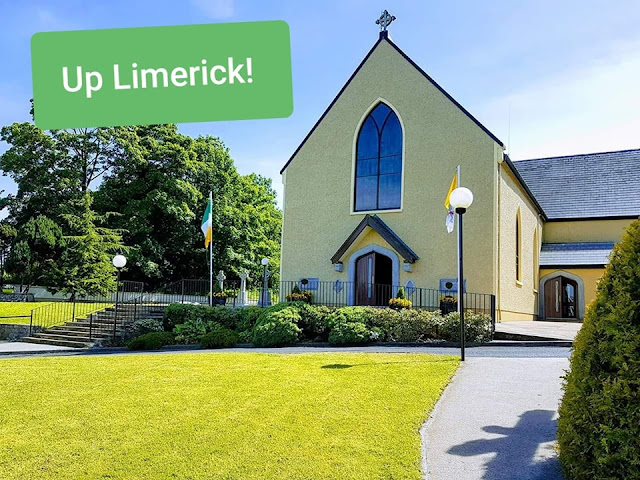 Saturday night mass next weekend moved to the earlier time of 5pm to give mass goers a chance to watch Limerick beat Kilkenny in the All Ireland Semi - Final ( please god)  From Athea Tidy Towns.
Posted by Listowel Connection at 07:30