Cows in Knockanure, Hay and Tae in Bromore and a Look Back at some old Systems 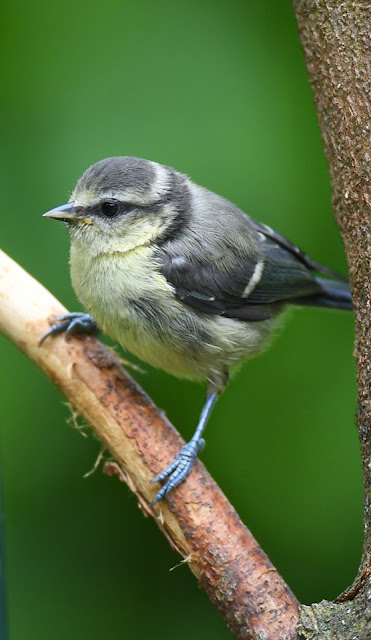 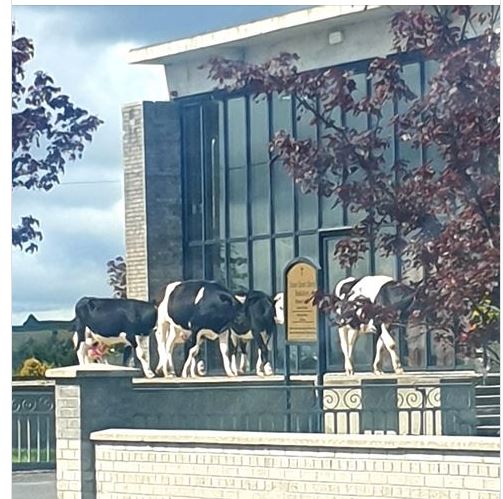 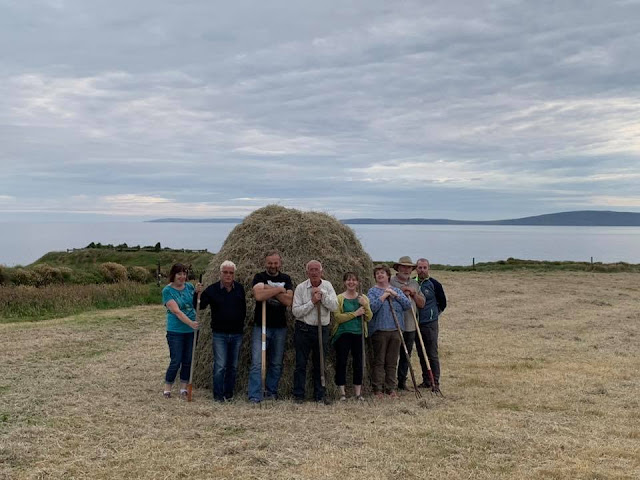 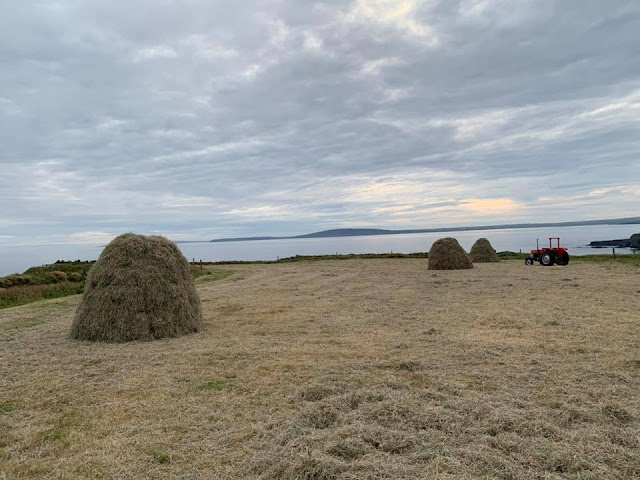 Danny Houlihan piped them into the meadow at Michael Flahive annual Hay and Tae festival.

Festival Customs
St. Brigid’s Day (1st of February). People make a rush cross and put it outside the door and say special prayers. This rush cross is made in memory of Brigid. When teaching the pagans she made a rush cross to represent the cross Our Lord was crucified on. On St. Brigid’s eve people hang a piece of cloth in the air outside the window. This Brat Bride is supposed to contain a cure by touching the sick or sore.

On Ash Wednesday (variable date) men are reminded as of old that unto dust they shall return, and the ashes is placed on their brows in the shape of a cross.

Holy Thursday, Good Friday, Easter Saturday and Sunday, Whit Sunday and Whit Monday are either religious or bank holidays, and are observed in much the same way all over Ireland. On Easter Sunday morning children get up early to see the sun dancing. An old custom is to eat a good many eggs, as Lent (forbidden time) is now over.

Chalk Sunday (first Sunday of Lent) was often a cross day long ago, because all the young boys and girls used to chalk the backs of the men of marriageable age, who did not get married during Shrove.

St. John’s Day (24th June). On the eve of this feast bonfires are lit.
On feast of Assumption (15th August) most people from this neighbourhood go to Ballybunion for the day. No one ventures on the sea that day because the drowning of ’93 took place on August 15th.

For Michaelmas dinner people usually have a “green” goose.

On St. Martin’s Eve it is an ancient custom to kill a fowl and sprinkle the blood around the house. This is supposed to be an unlucky day, so few fishers go fishing.

Hallowe’en (30th October) is the last night of Autumn. Nuts and apples are eaten. Many games are played with nuts and apples, and beans etc. (1) Two beans are put roasting on coals near the fire. One bean gets a man’s name, the other a woman’s name. If both beans jump together, the pair are supposed to be married. (2) An apple is made to hang by a cord from the ceiling. Hands are tied behind the back, and the person tries to bite the apple without putting a hand to it. (3) Three saucers are put on a table, one containing water, one containing earth, and one containing a ring. The players are blindfolded, the saucers are shuffled around,
and if a person puts his hand in saucer containing earth, they say he will be dead before that day twelvemonth. If he touches the ring they say he will be married, and if he touches the water, he will cross the sea. A cake containing many charms is cut for the tea, and much fun is enjoyed.

The Twelve Days of Christmas between Christmas and Little Christmas are supposed to be the twelve months of the year. If these are fine, the year will be fine, and if these are wet, we will have a wet year. The twelve days were fine last Xmas, and every month so far was wet.
St. Stephen’s Day (26th Dec.) On this particular day crowds of boys dress up in fancy conspicuous looking costumes, and go around to the neighbouring districts collecting money “to bury the wren”. Each boy plays a musical instrument and the procession marches in time. One boy leads the procession, he carries a branch of holly with a little dead wren fastened to it, and according as he stops outside the door of each house he says
“The wren, the wren, the king of all birds
St. Stephen’s Day he was caught in the furze
Up with the kettle, and down with the pan
Give us some money “to bury the wren”.
Meanwhile, the champion dancer of the crowd gives a dreas rinnce
on the doorstep. One of the wrenboys marches at the side. He carries a bladder attached to the end of a long stick, and he runs after any little boys who interrupt the procession. When the joyful day rambling is ended, the money is evenly divided between the boys who were in one crowd. Some times they hold a wren dance.

Handsel Monday (the first Monday of the New Year) is a day on which people like to get a present of money, no matter how small. It is an omen that he will receive plenty money during the year.

The Epiphany (6th Jan.). On the vigil of this feast everybody likes to be in bed before 12 midnight, at which hour they say water changes into wine. It was the day of the wedding feast of Cana.

All these old fashioned customs are still observed because, as the proverb says, I suppose – “It is not right to make a new custom, or to break an old one”. 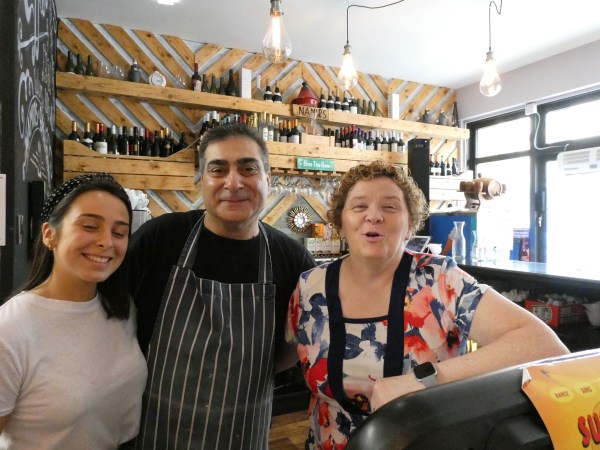 I met Namir with Kay and Rosa in Ballybunion on Sunday. Lovely to catch up with old friends.
Posted by Listowel Connection at 07:30