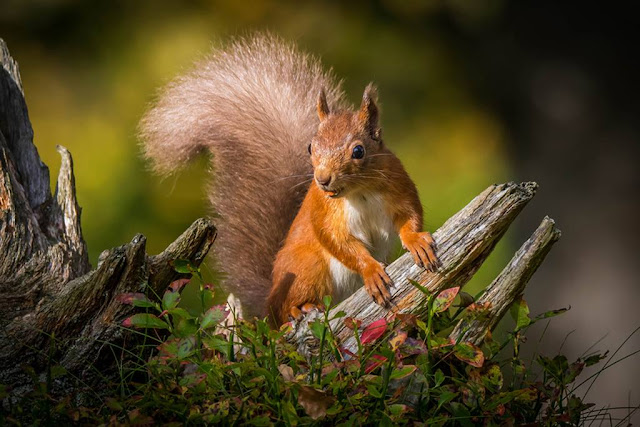 Kevin Day of East Cork Camera Club called his photo "On the Lookout" when he entered it in the Rebel Cup photography competition. 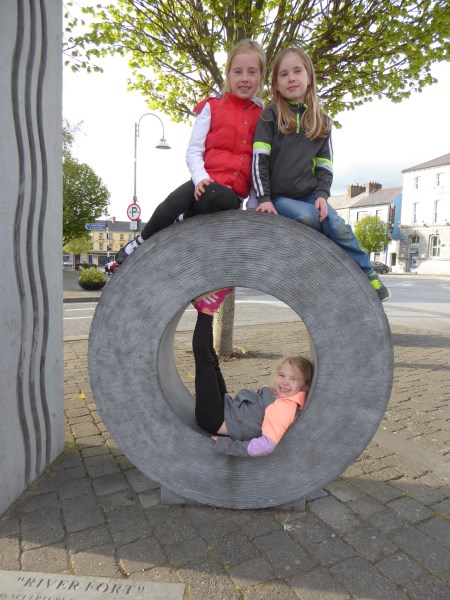 My girls posed for me with the Feale monument in Listowel town square. 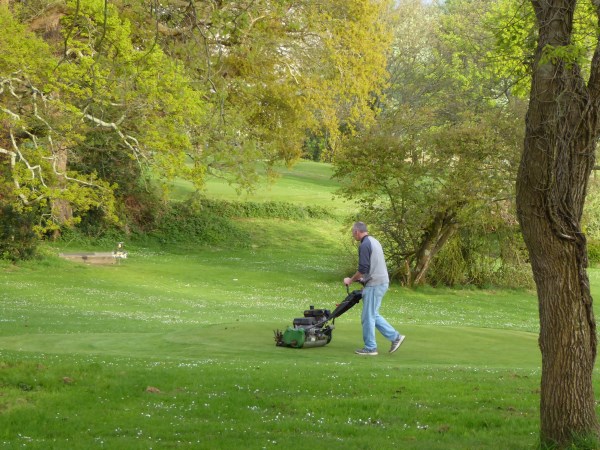 I snapped this man mowing the grass in the pitch and putt course. Members work hard to keep the course  in tip top condition these days. 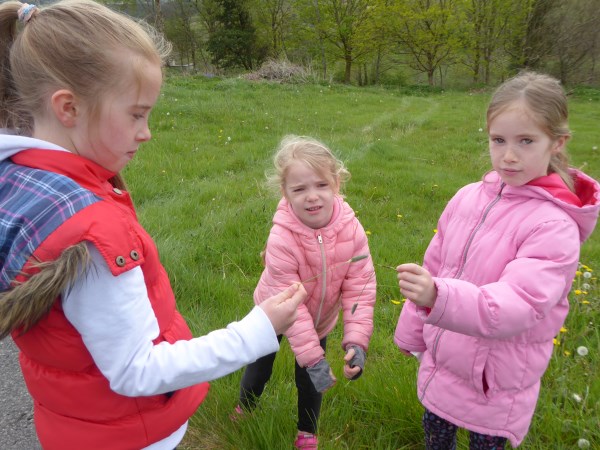 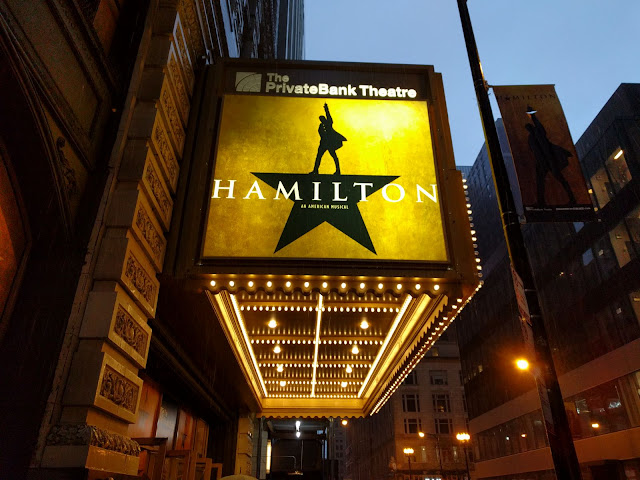 Have you heard of Hamilton, the musical?  It's the hot ticket in the US right now.  Hamilton is a musical based on the life of one of America's founding fathers, Alexander Hamilton. 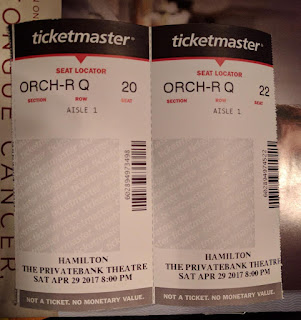 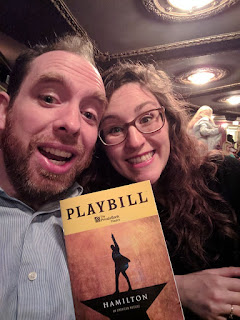 My nephew, Philip and his wife, Anna secured two tickets, to the great envy of their friends.
Their verdict: It lived up to the hype. It was brilliant.
The good news is that there are plans for a movie so we'll all get to see it next year. 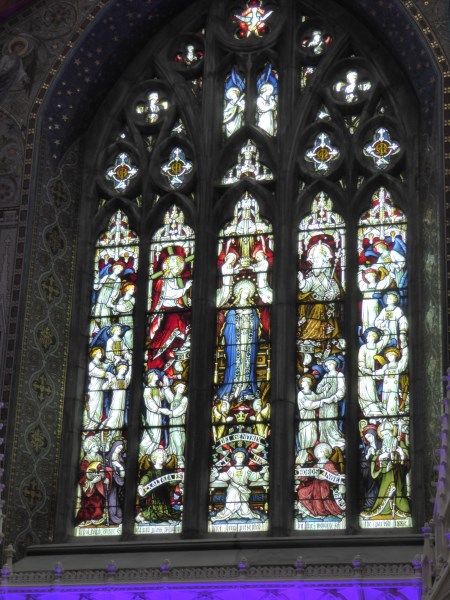 This magnificent stained glass window is behind the main altar in St. Mary's Listowel. As you can see  from the below pictures the window was donated to the church by the women of the parish. This fascinates me. Who decided that only the women would make such a huge donation? Who organised the collection of the money? 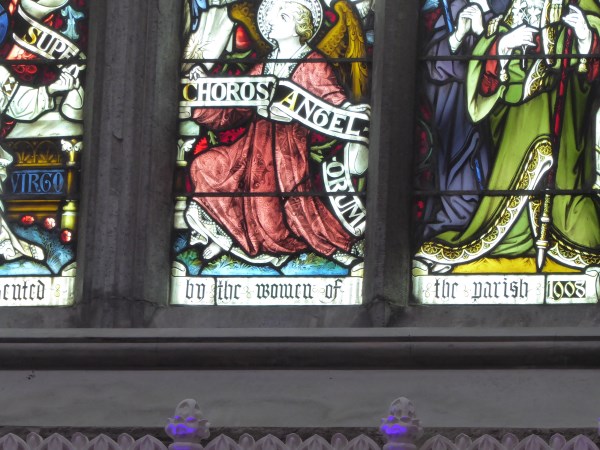 These were the days before electricity, when the storm lamp and the double burner lamps were the only source of light. The Tilley lamp was a great improvement- part of it was the mantle which could not be touched or it would completely disintegrate. These were also the days of the wireless with the wet and dry batteries. The wet battery had to be charged. That meant cycling to Timmy Kennelly’s in Ballylongford. There was no wireless in The Blessed Well Bohreen in 1947 and I have vivid memories of the All Ireland Final that year which was played in New York. Slatterys inn Asdee cillage was one of the few houses to have the wireless then and a large crowd of us gathered there to listen to the match. The window was open and we stood outside in the evening sunshine, enthralled by the magic of Michael O’Hehir’s voice. The first wireless around the Blessed Well Bohreen was at Moloney’s. A test of the worth of the wireless was how far it could be heard at full volume. Innocent days of outr youth, where are they gone?


RTE Stars of the Seventies 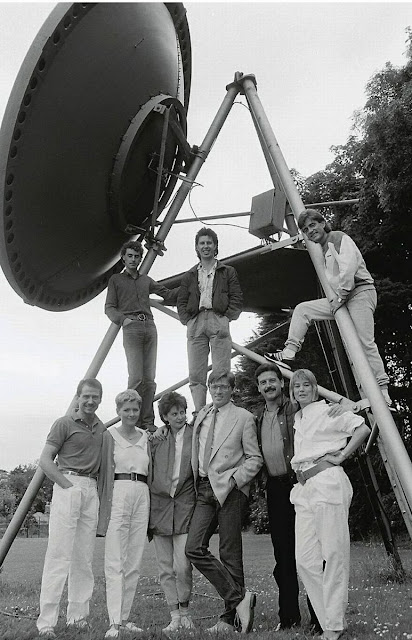 Photos of Dublin on Facebook shared this great old promotional picture. The ones I can name are Vincent Hanley R.I.P., Pat Kenny, Jimmy Greally? and Maxi. At the back are Dave Fanning, Jerry Ryan R.I.P. and is that Shay Healy?

"Time and tide wait for no man." 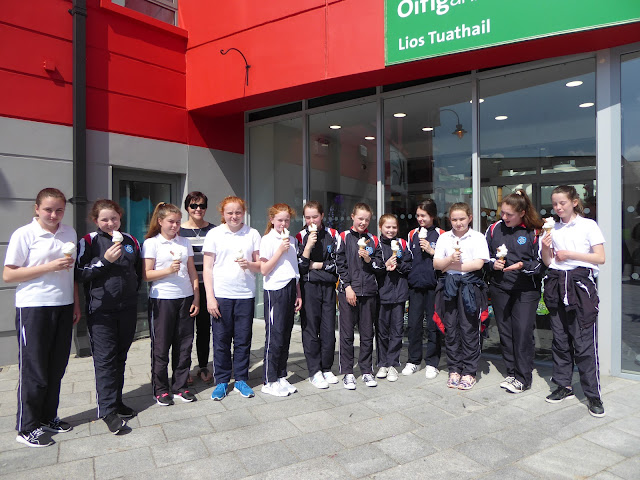 I met some of the girls from Presentation Primary School marching band at Super Valu on Monday May 8 2017. Their teacher, Miss Molyneaux was rewarding them with ice cream because they had given up their free time on Sunday to lead the parade for Coiste na nÓg.
Posted by Listowel Connection at 07:30