Tralee at Easter 2017, Hay making in the 50s and Ballybunion's Men's Loo 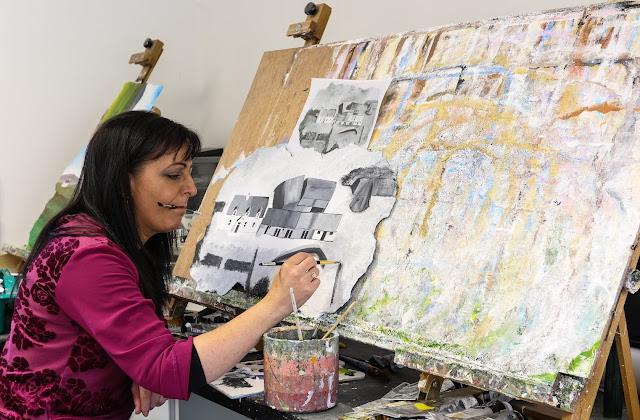 Vincent Higgins of Mallow Camera Club took this for their People at Work project. 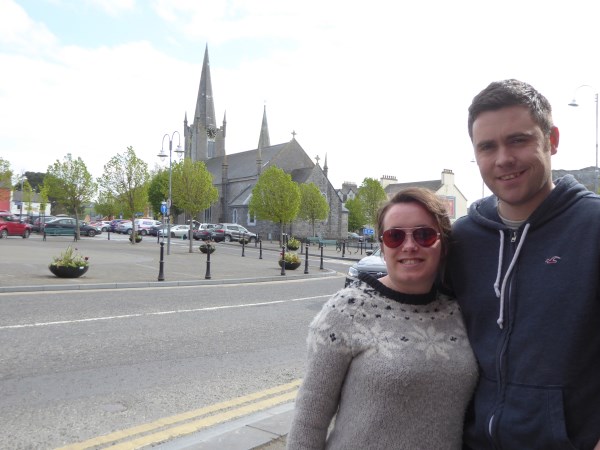 This couple is my daughter Clíona and her fiancé, Seán. They are not in Tralee town park as you probably guessed but in Listowel Town Square.

At Easter time Clíona was in Kerry without Seán. When  we went to Tralee with the girlies, her nieces,  I asked her to pose with the the statue that commemorates the love story behind the song, The Rose of Tralee. 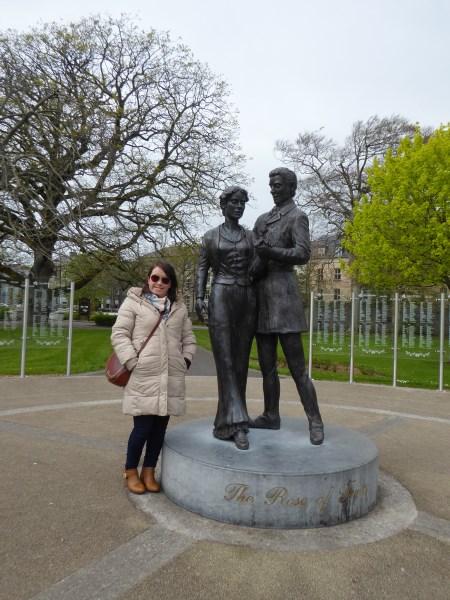 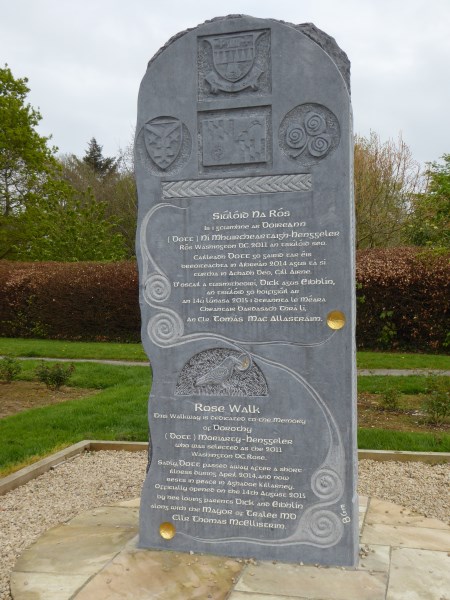 This the memorial to another tragic Rose who died too young.

Meanwhile the girleens were climbing things and swinging out of things and conspiring to give their poor grandmother heart failure. 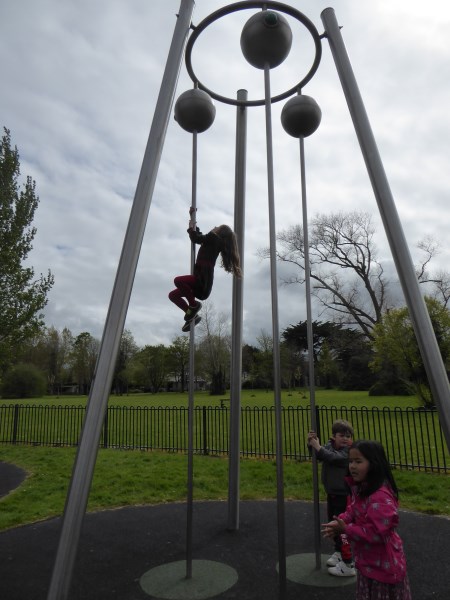 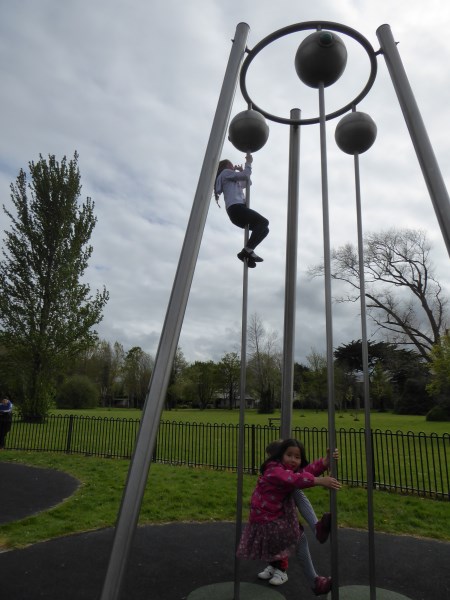 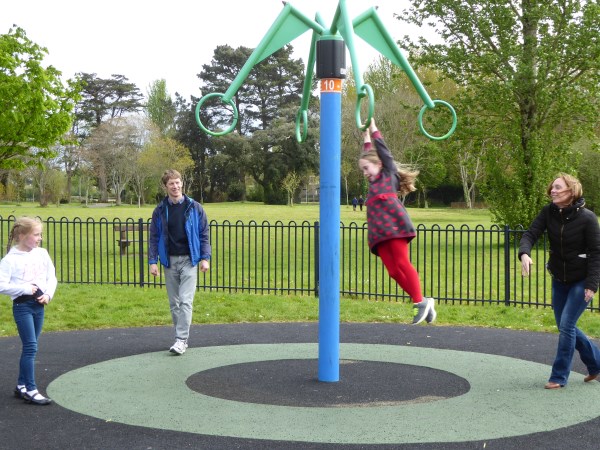 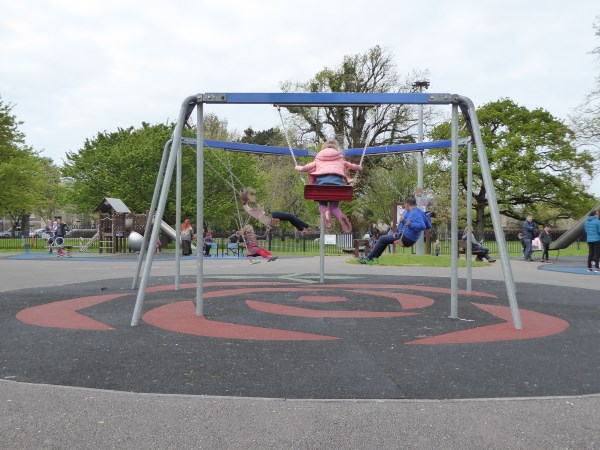 Tackling the Horse and Making (Saving) the Hay

I can recall the parts of the horses’ tackling that the youth of today have probably never heard of.; I refer to the winkers, the collar and the hames, the straddle and the brichin. There was a harness strap, a backband, the kicking trace (for breaking in young animals) the traveller on the shafts of the cart, the rider and the lynchpin for keeping the wheels on the axle. I remember the spokes and the fellas of the wheels with the bands. Then there were the rails ( known as creels in other parts of the country) and the guards which extended over the cart wheels. The hay was cut with a pair of horses and a mowing machine. We had a high wheeled Pierce, a low wheeled Pierce and a Bamford. The hay was turned by hand using two prong pikes. It was raked into rows using a raker and gathered into wynds using a slide. The meadows were clean raked after making the wynds which were sometimes tied with súgáns. Hay making in those days was heavy work. 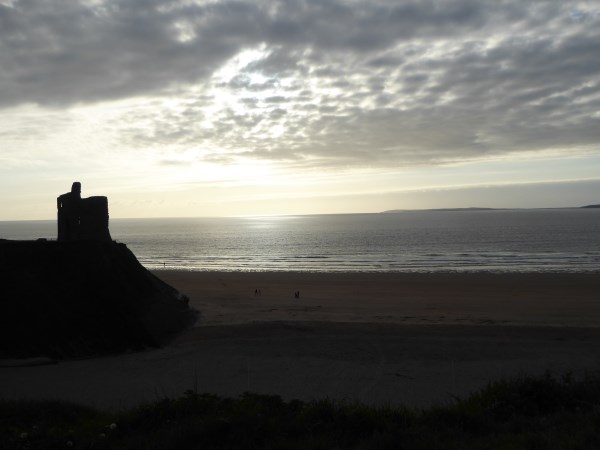 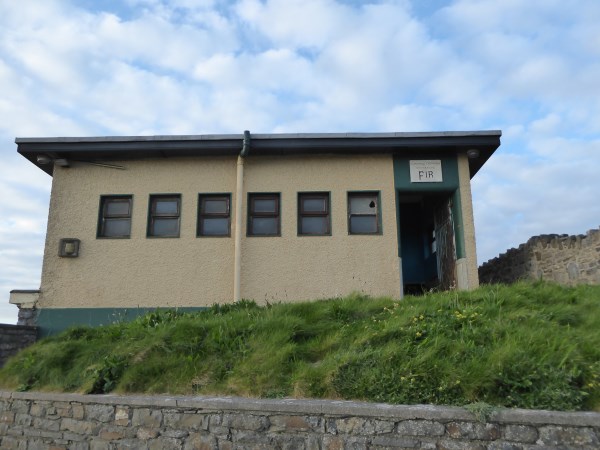 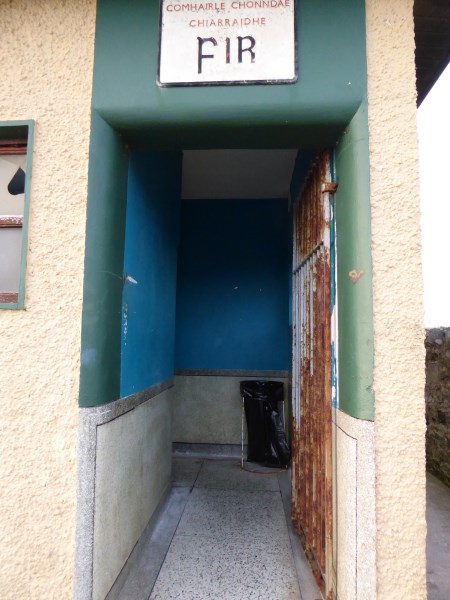 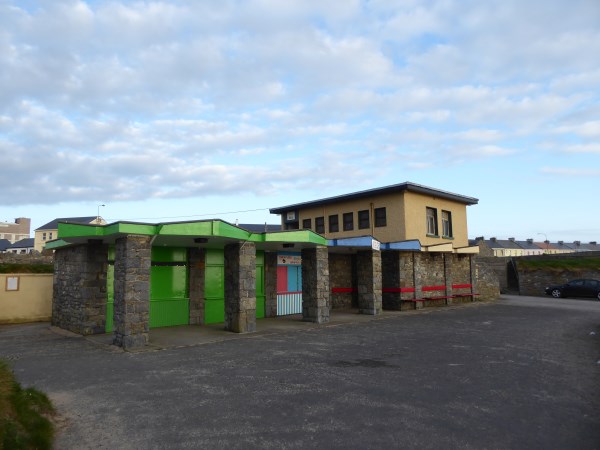 The men's public toilets in Bllybunion are an eyesore and a prominent eyesore at that. 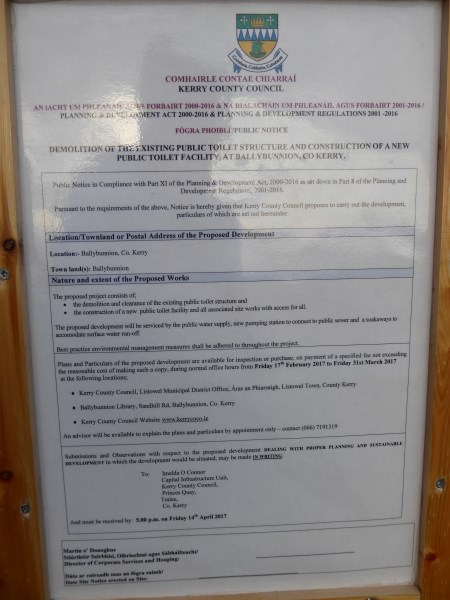 I was glad to see this sign seeking planning permission to demolish it and to replace it with a modern facility. 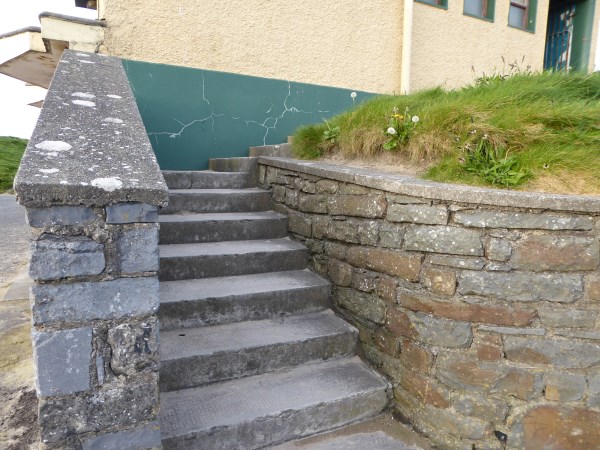 I was even more glad to spot that the new loo is to be accessible to all. These steep steps to access a vital amenity have no place in today's Ireland.
Posted by Listowel Connection at 07:30