Cyril Kelly on Jimmy Hickey, Old Dance Poster and a Craft and food fair in the Listowel Arms

Shadows on The Feale 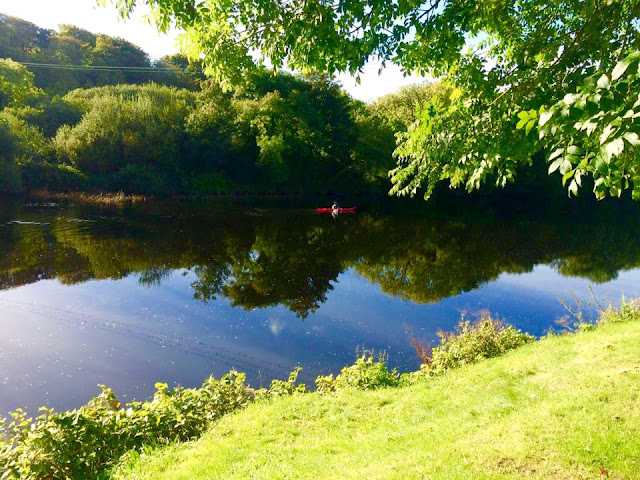 Jimmy Hickey and Cyril Kelly are friends from way back. they are still friends today. Cyril was prompted to write to me when he saw his old friend feature so deservedly in Listowel Connection.

"In your frequent perambulations around the town, if you come across the man with the twinkling eyes and twinkling feet, extend the good wishes of a former fellow cornerboy of yore. Many a time and oft in the Sunday mornings of the hungry fifties, we played handball against the gable end of what was then Kanes at the corner of Forge Lane (later  the ESB and later again other metamorphoses). Then, with endless time on our hands we loitered with content in the vicinity of that corner, commenting on the rivettingly  entertaining vista of The Bon-Tons, Quille's, Birdy Browne bound for 10 o'clock, various officers of the Garda Siochána setting off on their leisurely beat or on their bikes, pedaling the countryside in search of a variety of obnoxious weeds, et cetera, et cetera.

During those halcyon mornings, Jimmy with his restlessness and quick wit, was the best of company." 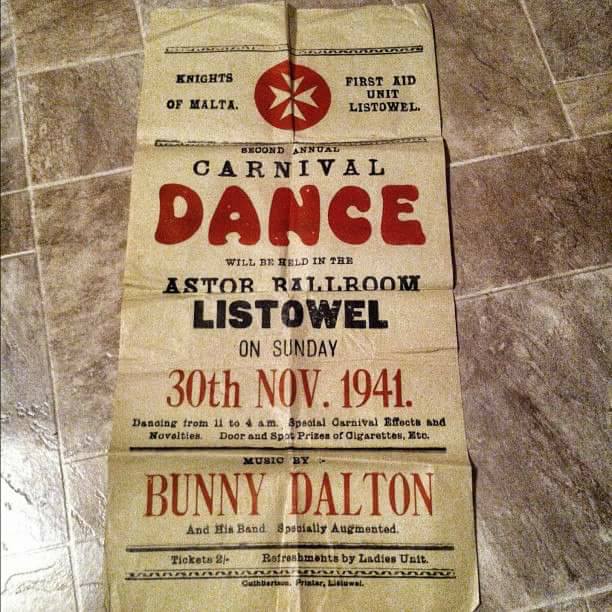 
Here are some of the people I met. 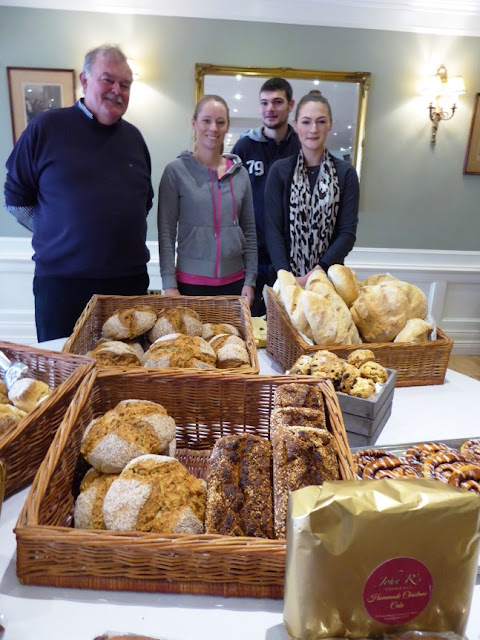 Derval O'Rourke posed with the Walsh family at their John R.'s stall. 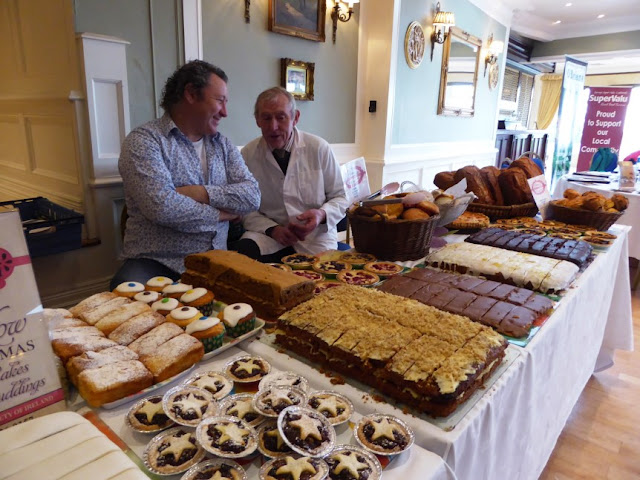 Maurice Hannon was having a chat with the winning  cheesemaker at his table. 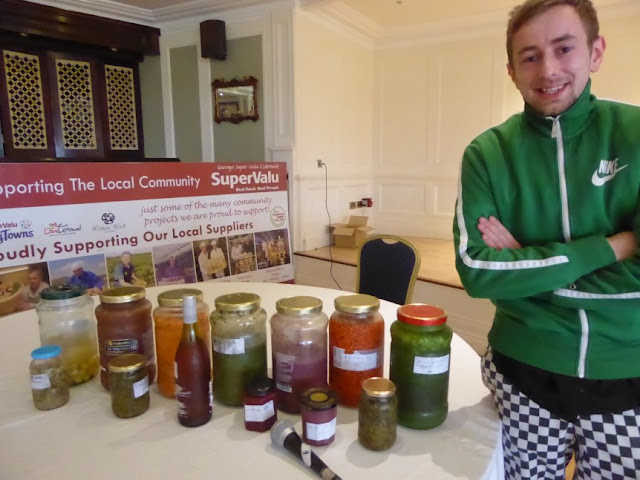 I met this lovely young Duagh man at the Eabha Joans stand. He had on display a range of garnishes which they had made from locally sourced wild food foraged earlier in the year. 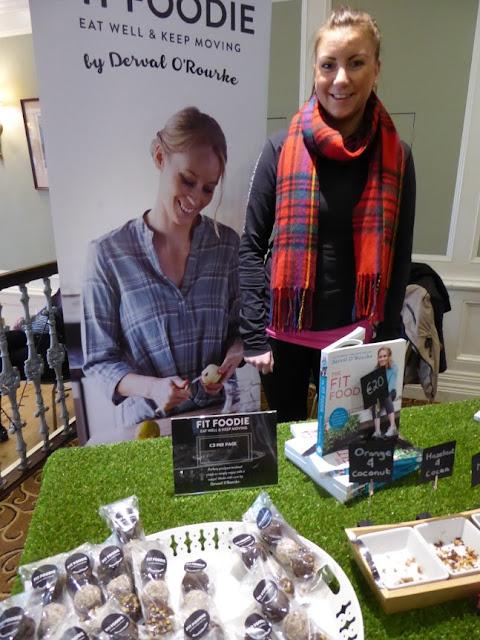 Derval O'Rourke's book and food label is The Fit Foodie. I bought the energy treats. They were delicious. 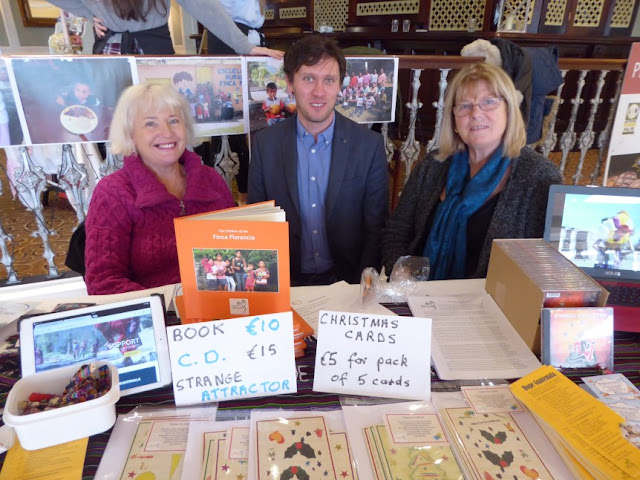 These people were selling cds and books and raising awareness of the charity. Hope Guatemala. 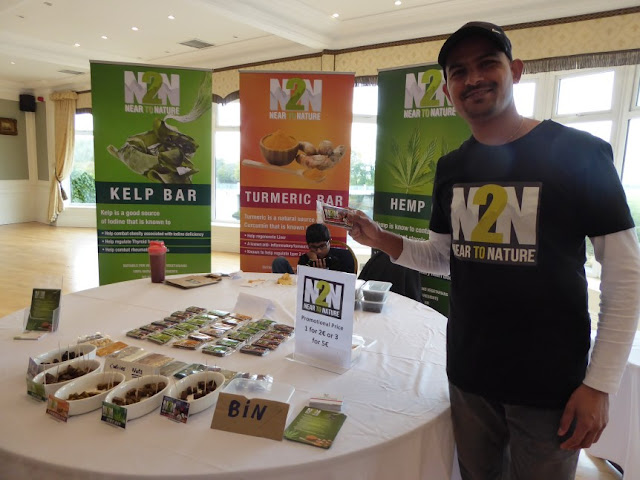 Near 2 nature had some delicious energy bars. They were lovely too. 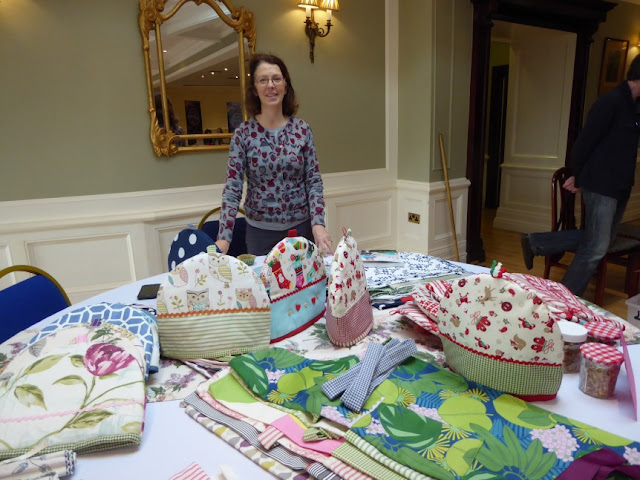 Maura Gleasure had her aprons and tea cosies on display.

Sheila in the Grounds of The Seanchaí 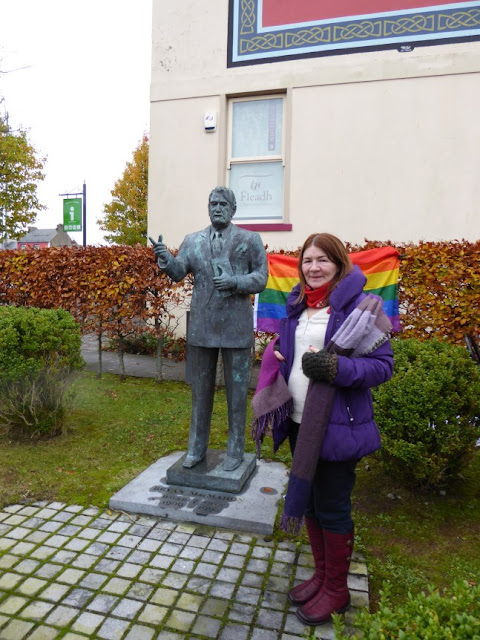 Local lady, Sheila Horan with the statue of Bryan MacMahon

One of the Final Events of our 1916 Commemoration

Owen O'Shea sent us an account of this event which will be a must for all historians.

TALK ON THE 5TH KERRYMAN KILLED DURING THE RISING

FEATURING READINGS BY POET BRENDAN KENNELLY
Duagh native and UCD historian Dr Mary McAuliffe will give a talk at 8pm on Thursday, November 24th in Duagh national school hall on Robert Dillon, from Lyreacrompane, who has now become known as the 'Fifth Kerryman' killed during the Easter Rising.
Dr McAuliffe - one of the co-editors of 'Kerry 1916: Histories and Legacies of the Easter Rising - has researched the story of the north Kerry native who was a successful businessman in Dublin's Moore Street. He died tragically while trying to get his family to safety during the worst fighting of the Rising. Witnessing Dillon's death on Moore Street, Pádraig Pearse is said to have finally decided to surrender to prevent further civilian casualties. Robert Dillon's name is now on the list of the Rising dead in Glasnevin Cemetery. His descendants are the Dillon family in the parish.
Dr McAuliffe and fellow author Owen O'Shea will also talk on the other north Kerry men and women who took part in the Rising and who were active during the Revolutionary Years. Poet and Ballylongford native Brendan Kennelly will give a poetry reading and there will also be a musical interlude with a 1916 theme.
This event is a fundraiser for the local Transition Year students who are travelling with the Hope Foundation to Kolkata and entry is €5 per family. The book on the period, Kerry 1916: Histories and Legacies of the Easter Rising - A Centenary Record will be for sale at a special price on the night. All are welcome.
Posted by Listowel Connection at 07:30