May all our U.S. Friends Have a Great Thanksgiving 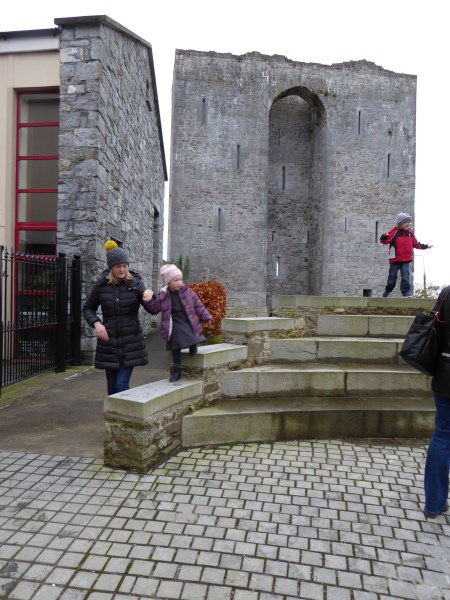 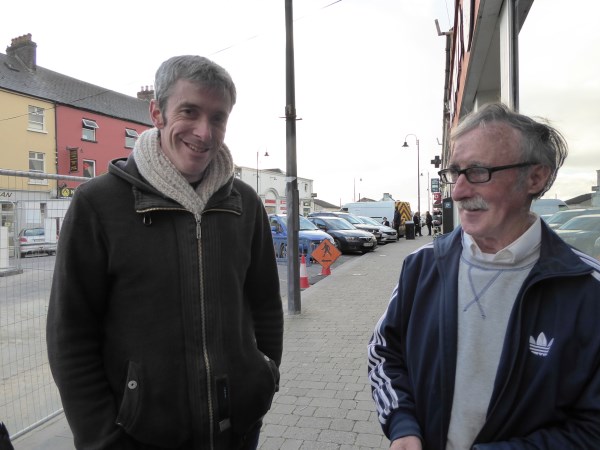 Bobby Cogan met his old badminton coach, Roly Chute, on the street when he was home for the weekend. He was delighted to hear that Roly is still going strong and still teaching the skills of badminton to North Kerry's youngsters.  Over the years Roly has given thousands of hours coaching tennis and badminton. Listowel owes hm a big debt of gratitude. 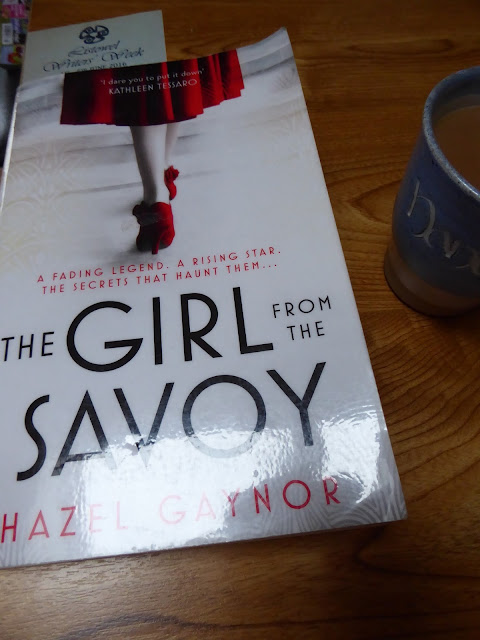 Hazel Gaynor is an Englishwoman living in Kildare. She writes a great story.  In The Girl from The Savoy she opens our eyes to a world we will never experience, post war London. Her style is easy to read, carefully researched and accessible. I'm enjoying this one.


........We didn’t realize then but we ere back in Páirc Uí Caoimh before the year was out. That was for the Cork V. Dublin All Ireland semi final replay.

The days before the match the Dublin press continually queried the wisdom of staging this match in Cork.

That morning Munster officials, the late Tadhgh Crowley and Donny Nealon called the strilesmen together. They requested us to be extra vigilant and to remain on duty until we were officially closed. Munster proved that they could stage the fixture. Everything  went off without a hitch and there were no problems.

Incidently, dear reader, can you rememebee who p;layed in the Austin Stack Park on the same day that Cork and Dublin played that semi final in Páirc Uí Caoimh. Answer anon.

The centenary year of 1984 saw the hurling final played in Thurles, the birthplace of the GAA. I remember getting a bit of a telling off because of that final. I was on duty on the terrace stiles on the town end. The senior final was well on when I was approached by three North Kerry men seeking admission with one ticker. I let them in. That was close to 4.00 p.m. on Sunday, Tadhgh Crowley heard it being conversed on a pub in Tralee on the following Tuesday night. So much for people keeping their mouths shut.

The old type low stiles were much more difficult to manage than the modern ones.The stilesman did have the same control. At rimes in the old low stile you would be startled by a fleeting shadow soaring over the bar of the stile showing Carl Lewis type agility. All you’d hear would be a loud guffaw as the intruder made his way to the safety of being lost in the crowd. The rouses used by people to sek free admissions were many. The common ones would be for a lady possibly with a few children to come in first and pointing back would exclain,”Himself is paying,” “Himself” comes in and you’ve guessed it. He is on his own. He never before saw that woman! I can assure you that, more often than not, if you searched around later you would see the big happy family together.

Also a group of 5 or 6 men would queue up together. The one the rear would be gesticulating wildly and calling “right-right-right”; giving the impression he was paying for the lot. His turn comes- and “I am only paying for myself; I was calling to my friend who went in on the other stile”.

The experienced stilesman will always ask the first person to pay where there is a group. The chancer will generally retort " is it so you don’t trust me boy?”

Some years ago one of my collegues, John, was approached in Limerick by a gentleman who was in a very agitated state. Almost in tears, the poor man told John his pocket had been picked and he had been cleaned out. Being a soft hearted Kerryman, John had pity on the man and let him through.

The following Sunday, John was on duty in Cork, and, low and behold- who came to his stile but the same gentlemen in the same agitated state, John knew he was caught once but not again. Your man was told, not too politely, where to go. I wonder what are the odds of him picking the same stilesman on successive Sundays? No doubt our friend is still performing his Oscar like performance to this day at stiles somewhere throughout the province to this day.

The dreaded stile, is, of course, the student and OAP stile. Look at the queue outside the student stile at any major match and one could only surmise that the students of every university in Ireland must be in attendance. To the genuine student, the student card is like his right hand and he will always have it in his possession. But so often we hear, “ I left it at home”; “I left it in the car” and so forth.

The variation of cards produced would make the mind boggle. The stilesman has seen them all, from meal vochers to petrol vouchers to playing cards. The cards are flashed in front of the stilesman eyes and disappear so fast with a slight of hand dexiterity that would make the great Houdini gasp with amazement.

More Photos from the Eisteddfod 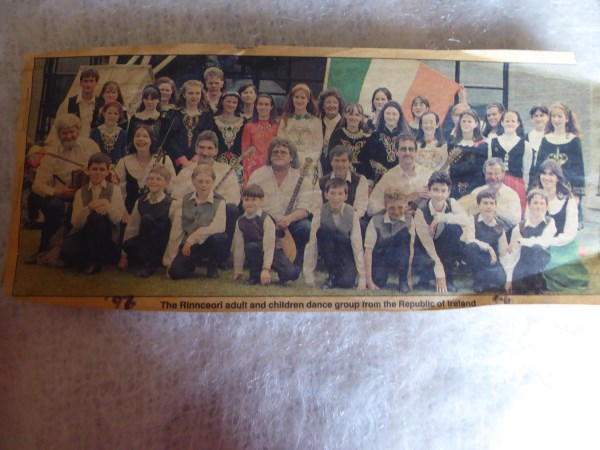 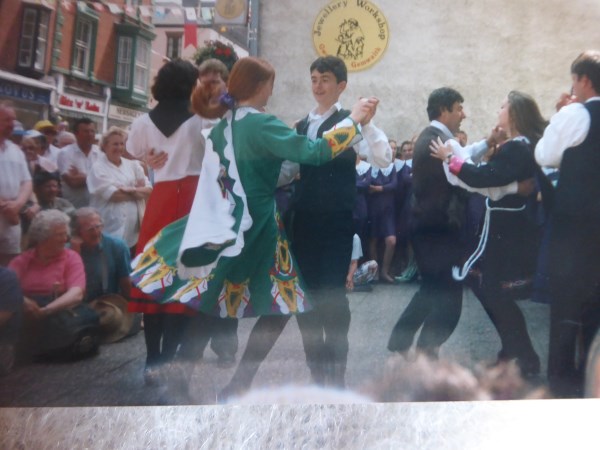 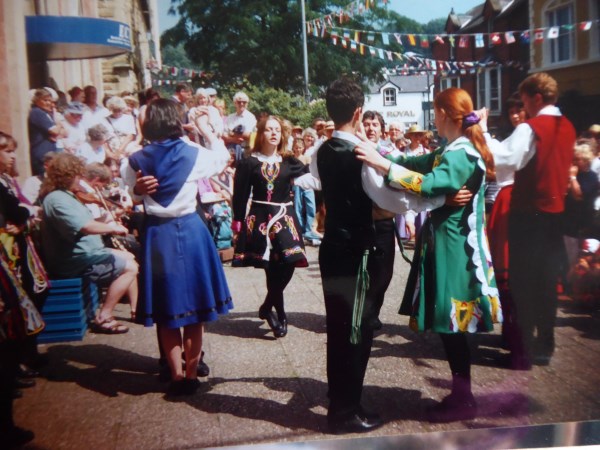 These photos were taken in 1999 as the Irish dancers entertained local people in the town square. Here they are dancing a polka set. 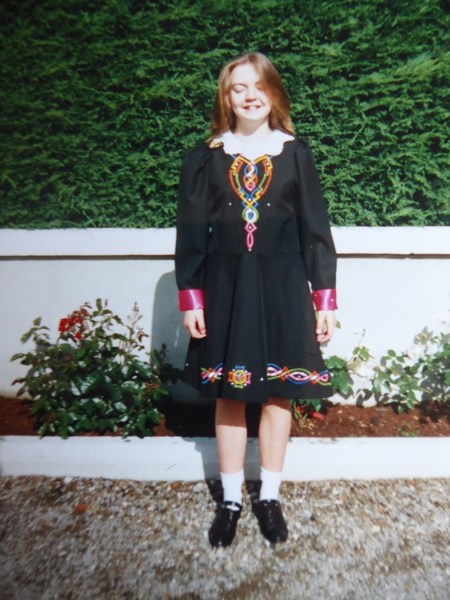 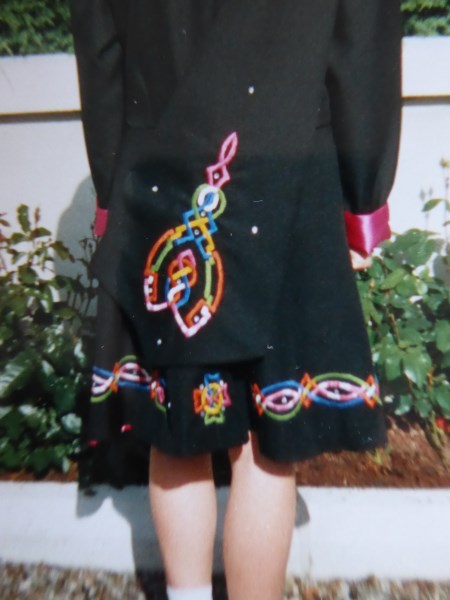 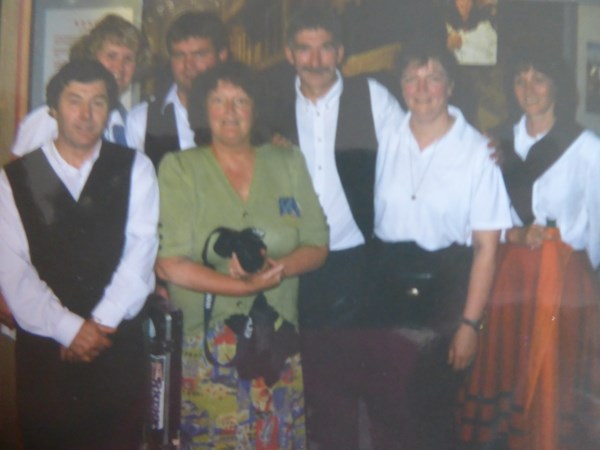 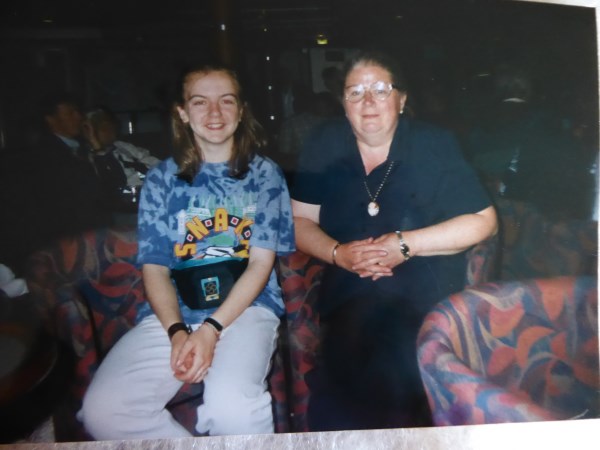 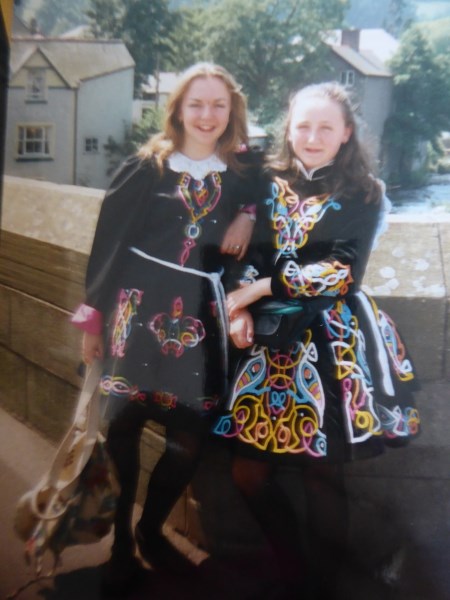