The Millennium Arch leads to The River Feale 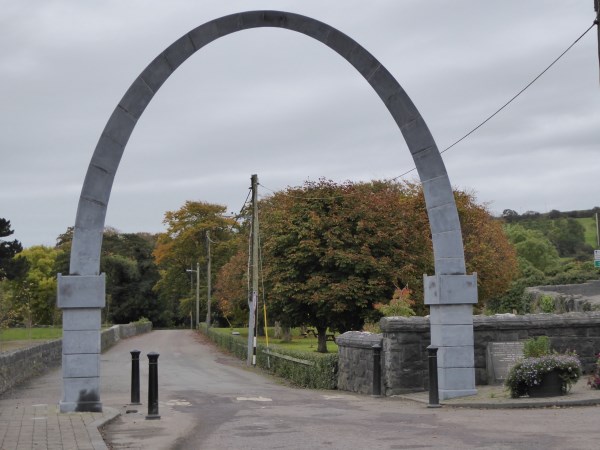 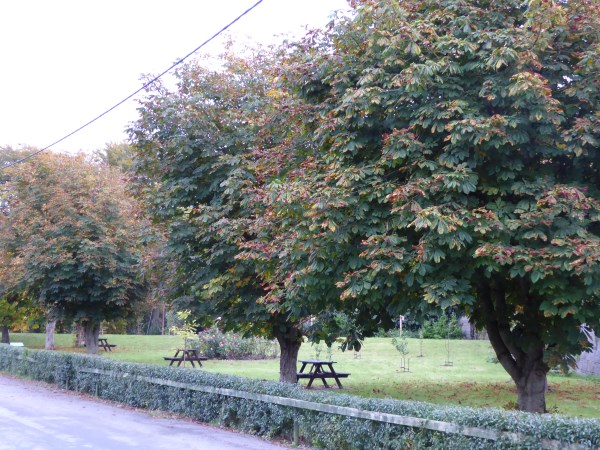 Trees by the bridge 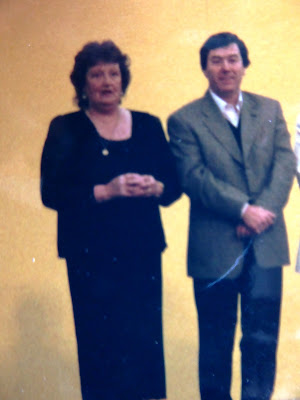 The late Mary Doyle with Jimmy Hickey in 1999

One of the many feathers in Jimmy’s cap is that he danced to poetry in The National Concert Hall in Dublin. How did this come about?  Like many things in Jimmy’s life it happened because someone saw him dance and was so impressed, they invited him to a bigger show.

Listowel Writers Week invited Jimmy to give a talk and demonstration on The History of Irish Dance  in 1996
At the end of the talk Jimmy gave a demonstration of some of the dances and he had dancers on hand to show the steps. He then invited the audience to come and dance with them.  They danced the Patsy Haley.  By the way, The Patsy Haley or Shoe the Donkey is a version of an old European dance called the Versa Vienna.
Jimmy's dancing partner was Welsh poet, Anne Drysdale, and she enjoyed herself so much she wrote a poem commemorating the occasion.

There’s a knowing look on the face of the woman
With the big blonde hair and the succulent bosom
As she reaches deep in the recessed cleft
And hefts her tits to right and left
In the swift deft fishing for a silver string
Whence dangles an amulet, a pretty little thing
In the shape of a perfect tiny man.

“I am a man of Ireland
Of the holy land of Ireland;
You sir; whoso’er ye be
If ye’ve an ounce of charity
I pray to God ye’ll dance with me
In Ireland.”

She draws him forth from her deep dark place
And she wipes the fluff off his fierce little face
He has eyes all lined from winking and grinning,
A head like a hazelnut, black hair thinning,
And a serge suit shining at the pressure points.
Then, whipping the linchpins out of his joints
She sets him dancing on the polished floor.

Like the ring of a hammer on my hard heart’s door
Is the knocking of his hard little shoes on the floor
High in the sir he twists and prances
While my stomach plummets and my hard heart dances
And the taut serge shines on his dear little bum
As it hovers out of reach like a shrink wrapped plum
And the loose change jiggles in his pocket.

And I’ll remember it for as long as I live! 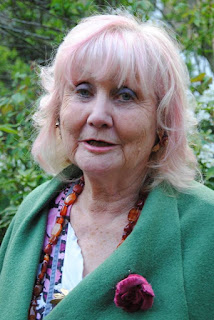 Another lady who was present was Anne Hartigan, poet. She admired Jimmy’s dancing and proposed that he compose a dance to which she would write a poem. The dance and the poem were composed and Jimmy and Anne practiced it in Ballygrennan, with Jimmy dancing on an old half door.
“My feet were the music to her poetry.”

Later that year the Kerryman’s association in Dublin were organizing a big £100 a ticket fundraiser. They asked Jimmy and Anne to perform their unique dance to poetry. There were 1,000 people in attendance and Dan Collins was the M.C. The audience were spellbound by the rhythmic taps of the dancer to the cadence of Anne Hartigan’s poem, What Way the Wind Blows which Jimmy choreographed in jig time and Little Lord of Death which he danced in reel time. Jimmy wrote out the steps in the old Gaelic notation of seimhiús and síne fades.

This unique performance was greatly appreciated by the audience.
As far as Jimmy knows this has never been done before or since.

It's Friday October 22 2016 and Listowel Knitwits are on tour. The party included shopping, an overnight stay in the Silver Springs hotel and the highlight, a meal in Cork's most talked about new restaurant, Holy Smoke. 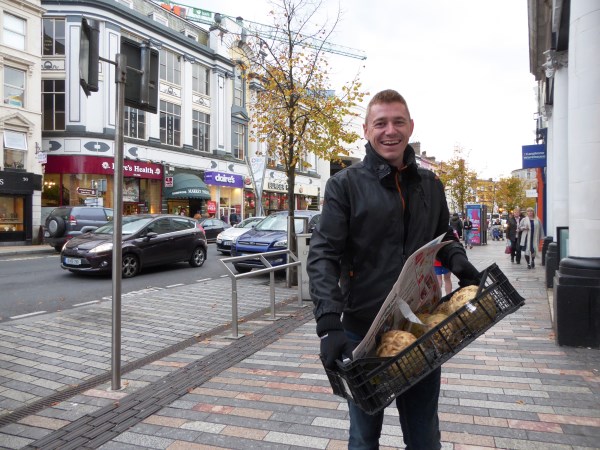 Holy Smoke is the Cork restaurant where chef, John Relihan of Duagh, Allos and Barbacoa is now delighting palates. I met him by chance on Patrick Street as he was returning to his kitchen with produce fresh from Cork's famous English Market. 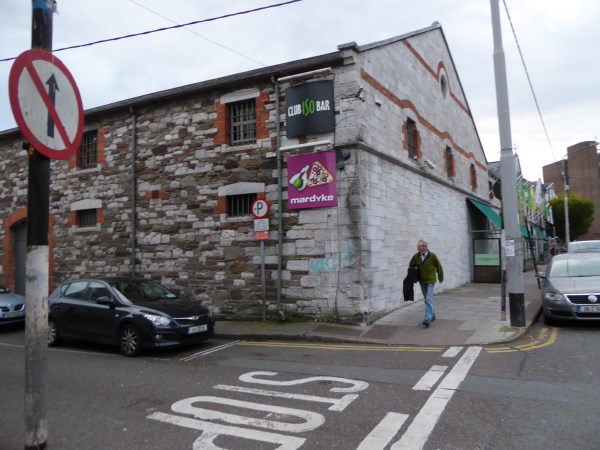 The restaurant is not easy to find. All the young folks know it though as it is situated in a complex with a popular bar and club. 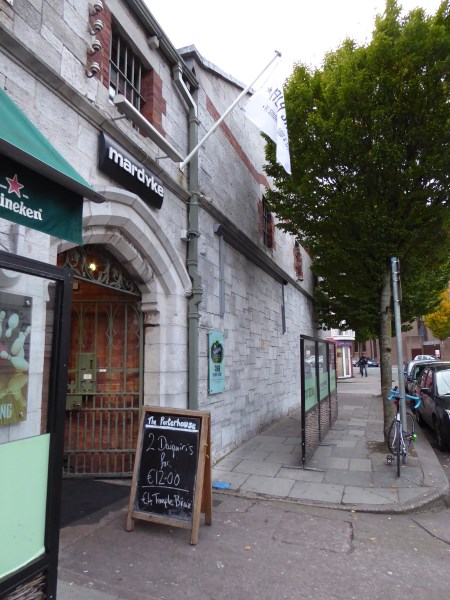 This is the entrance to the complex. Holy Smoke is round the corner in Little Hanover Street. 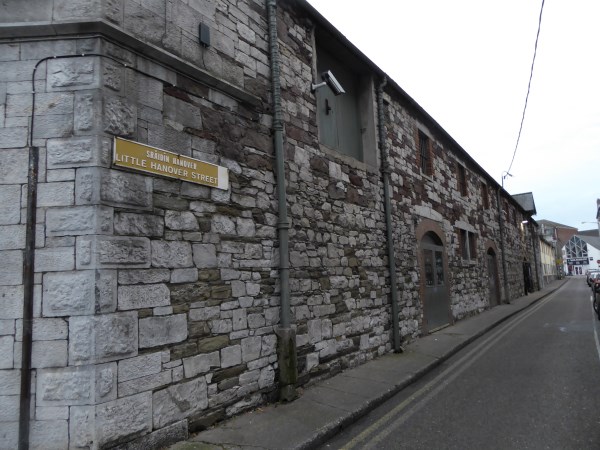 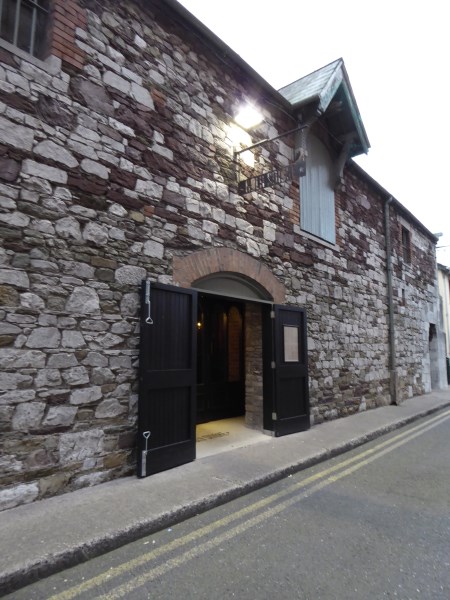 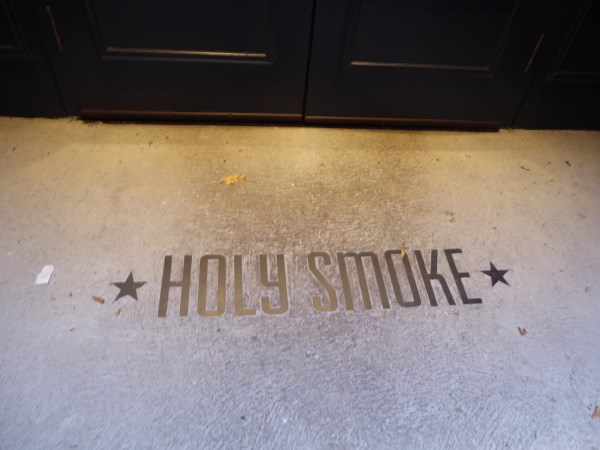 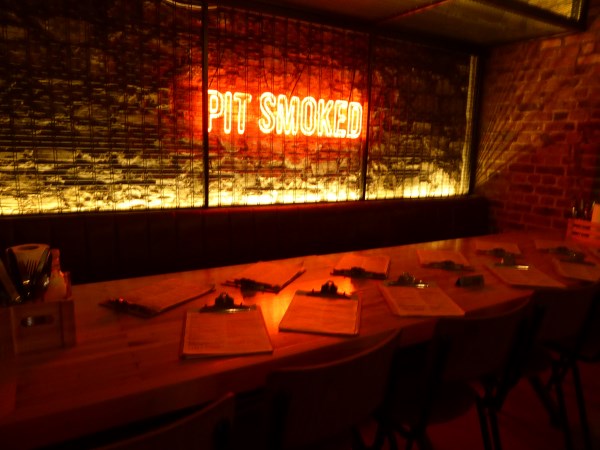 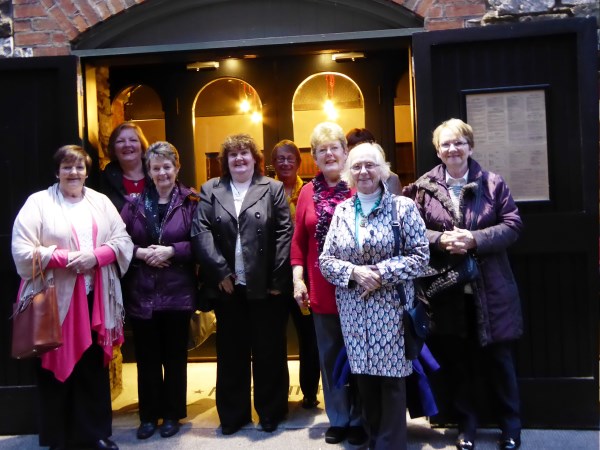 This is the gang at the door. We were a little older than most of the other clientele. The restaurant specialises in good value meat dishes cooked "low and slow" accompanied by slaws and salads. 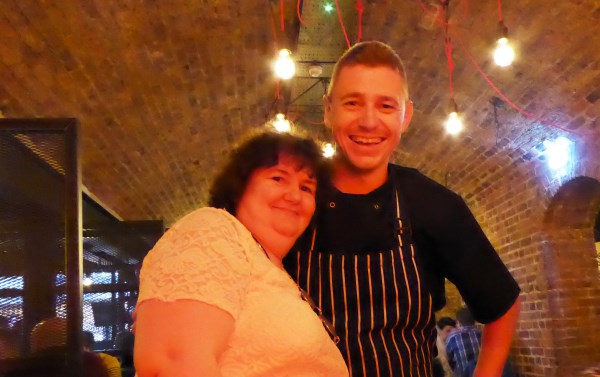 One of our Knitwits has a special relationship with John Relihan. Helen OConnor is John's godmother. Little did she think when he was a pageboy at her wedding that one day she would dine in his restaurant when he was a celebrity chef. 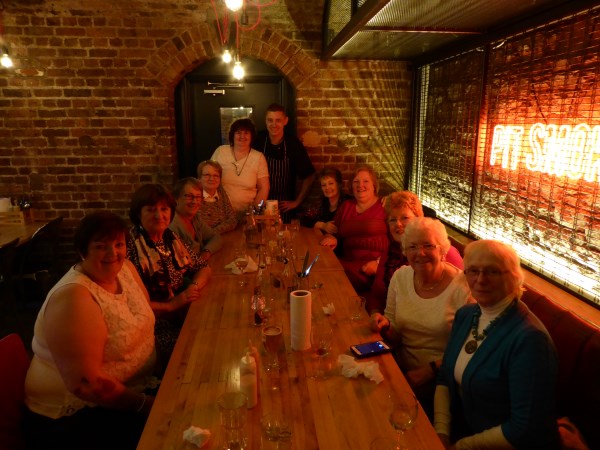 I apologise for the poor quality of the photographs. The lighting was not designed with photographers in mind. The gang had a great night and a great meal and we all enjoyed the V.I.P. treatment. 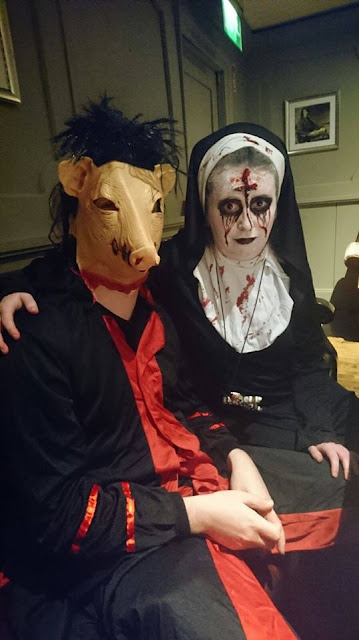 My niece Christine won the prize for best costume at her boyfriend, Andrew's, Halloween party at the weekend.
Posted by Listowel Connection at 07:30