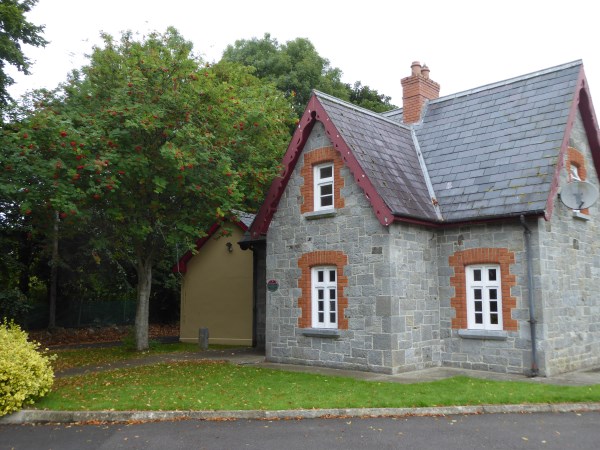 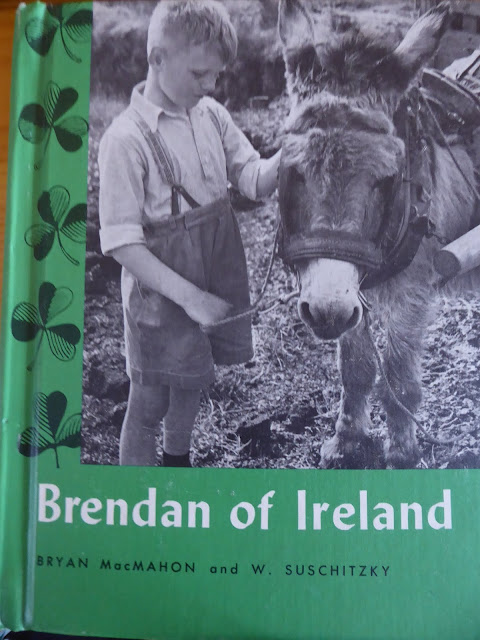 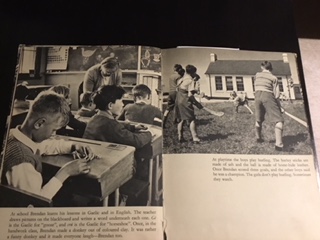 The school scenes for Brendan of Ireland were shot in Kilconly school.  Michael Greaney who played Brendan, went to school in Rathea.

Kilconly was most likely chosen as a location for the photos as it was a new school and would look good in the photos.

Mike Flahive who is the boy with the shock of black hair seated in front of "Brendan" in the photo remembers the occasion well. Brendan arrived with the photographer and an entourage and Brendan was put sitting in the midst of the local children. Frank remembers that the photographer, Wolfgang Suschitzky, was accompanied, during his time in Kerry by a very famous actress, Eithne Dunne. Maybe she was to give acting tips to the participants in the staging of the story for the camera. 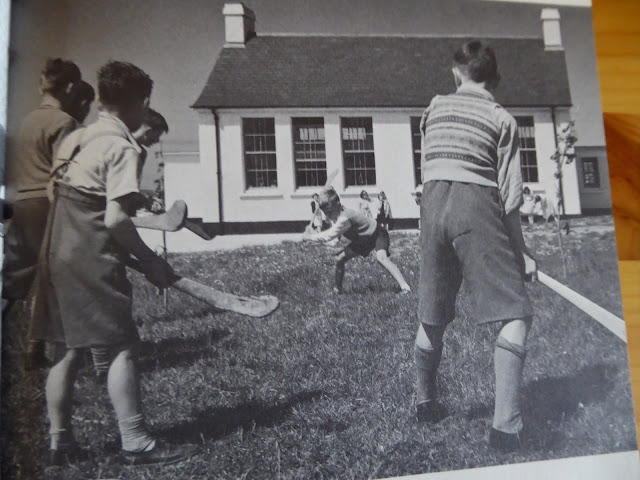 The hurling game in front of the school is another story altogether. The visitors brought the bag of hurleys and the sliotar with them. There was no hurling in Kilconly back then. They gave the boys the hurleys, a quick lesson in how to hold them and away they went. The girls are well back from the action, sitting in benches outside the school. Michael Flahive remembers the game being called off after about 10 minutes for health and safety reasons. There were genuine fears that someone could be maimed.  No helmets, shin guards or gum shields in those days! 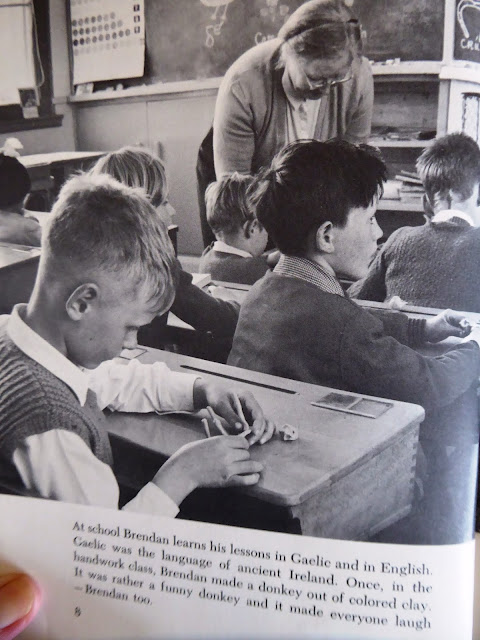 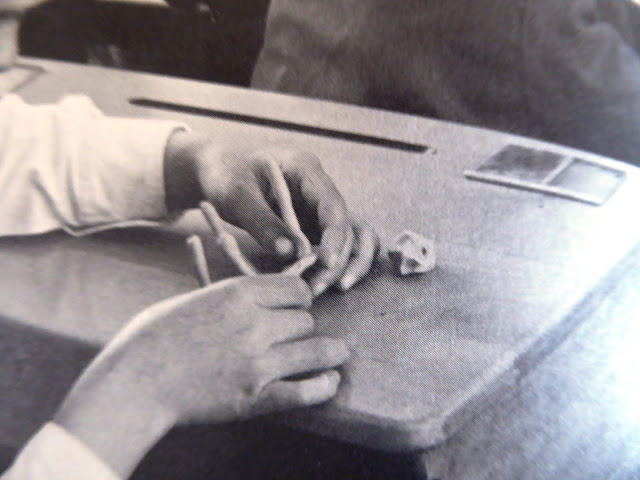 Brendan is pictured making a donkey out of "modelling clay" i.e. marla which was the brown Play Doh/ plasticine we all had as a nod to craft  in Primary school in the 1950s and 60s. Notice the clean new desk with the brass lid on the inkwell shined to perfection. 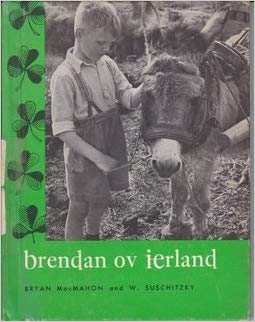 The book was translated into several European languages

Our Beautiful Church all decked out for a Wedding 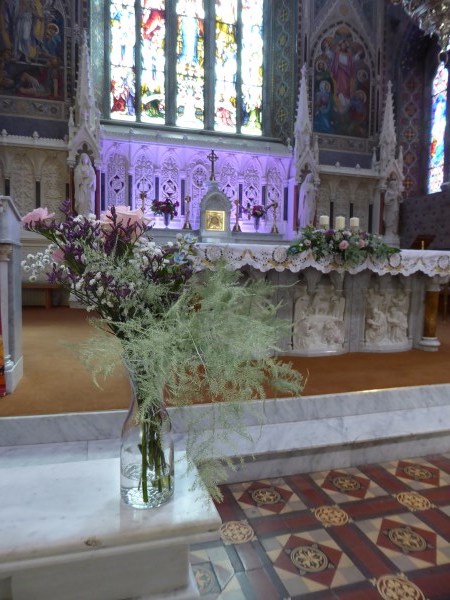 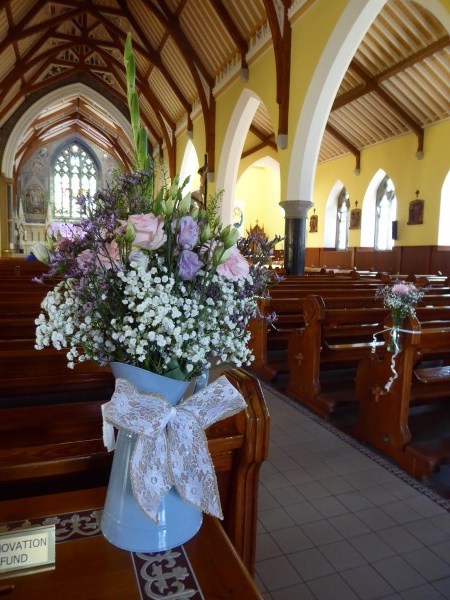 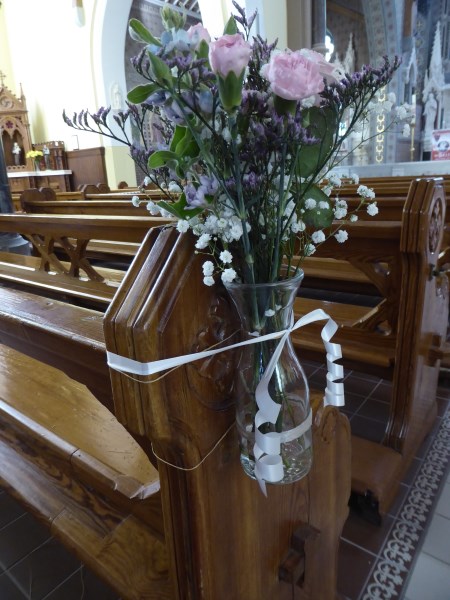 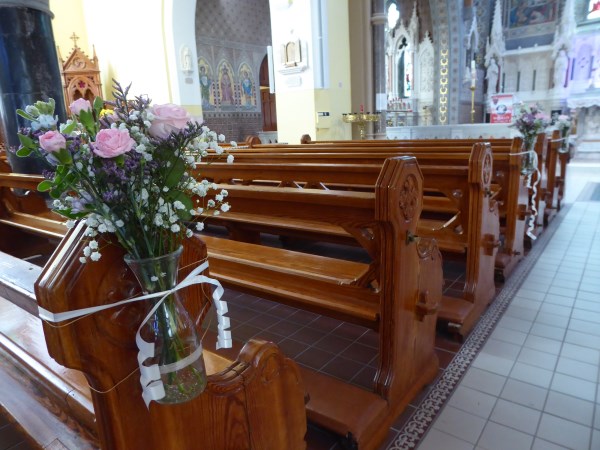 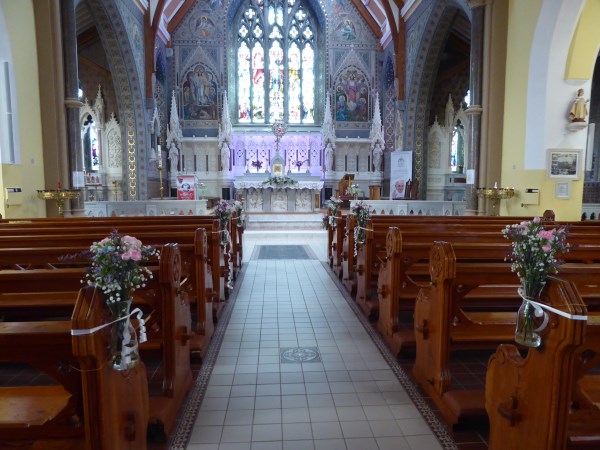 You'll have to agree it's beautiful. 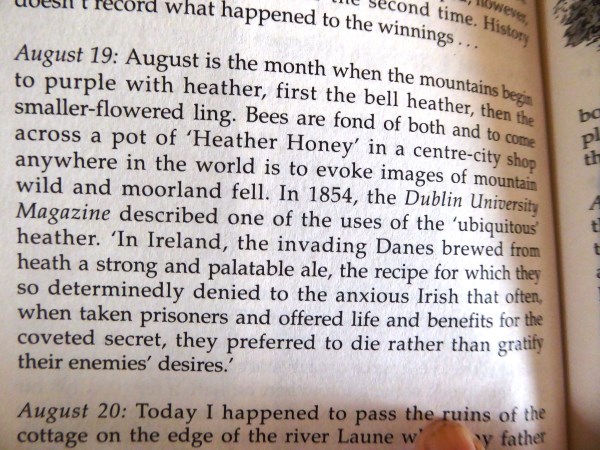 Source: A Year in Kerry by Patrick O'Sullivan 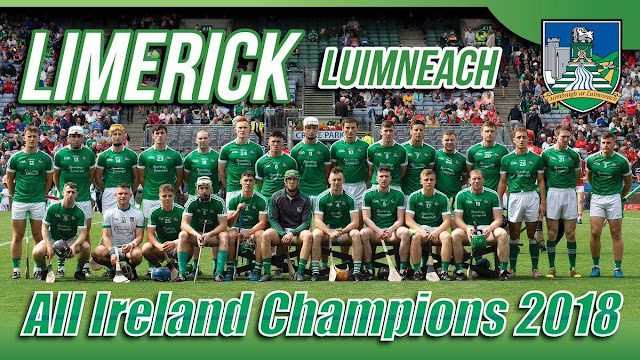 Heartiest congratulations to all my Limerick friends, neighbours, family and blog followers. You knocked it out of the park, lads
Posted by Listowel Connection at 07:30