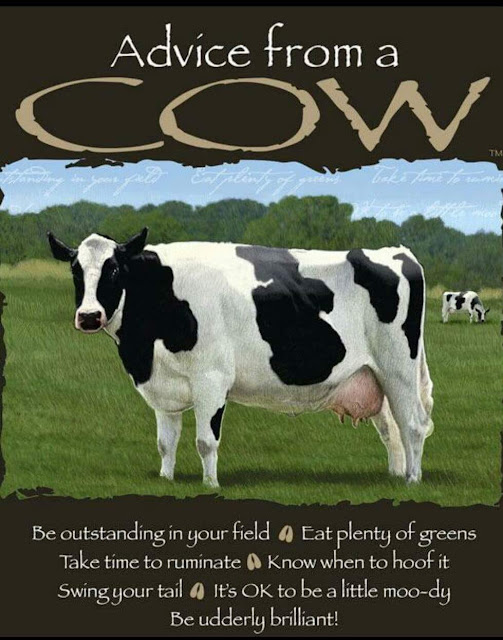 More from the Little Green Guide of 1965 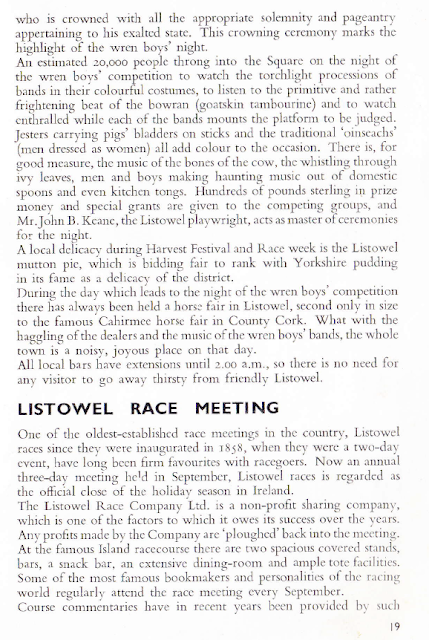 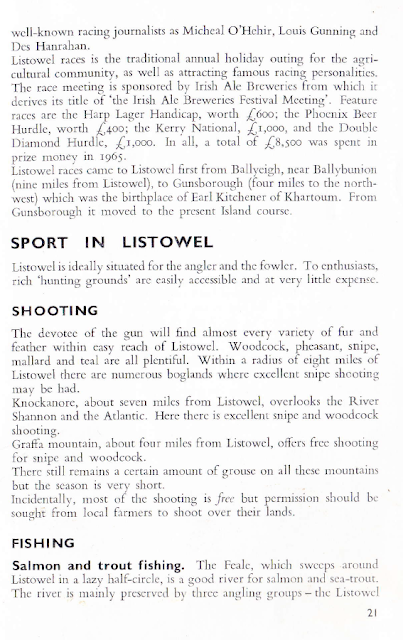 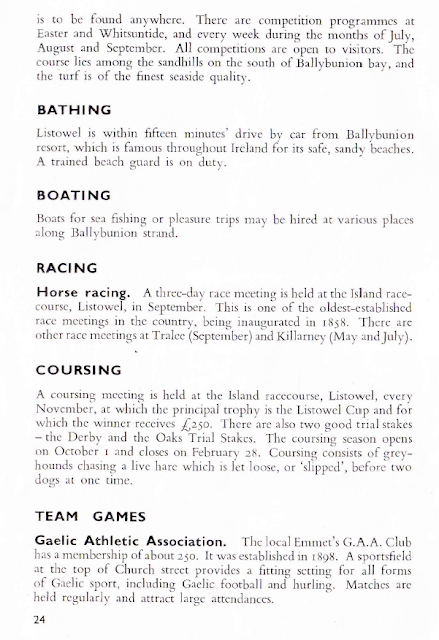 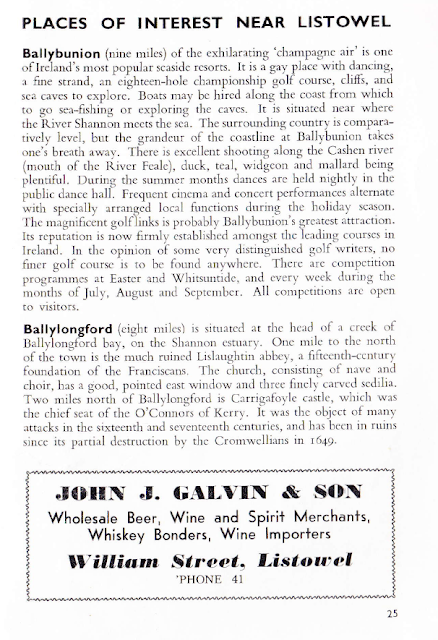 Living Literature  at The Seanchaí 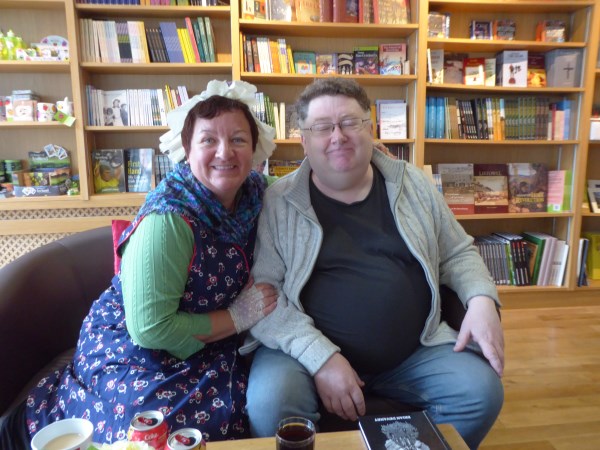 This is Angeline, the actress, with Jerry, the John B. Keane fan before the start of our Living Literature Tour on Saturday July 21 2018 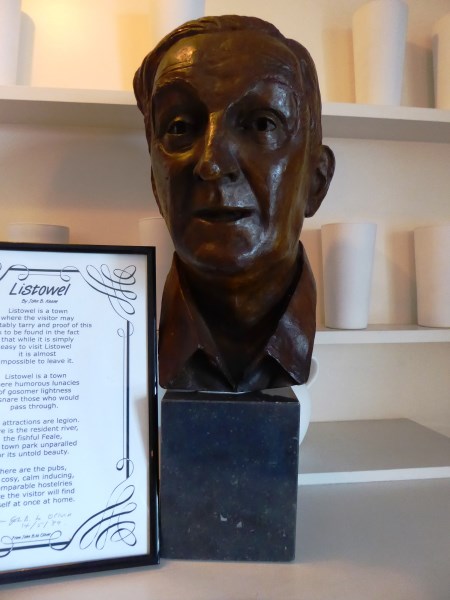 We were in The Seanchaí for a tour of the rooms dedicated to North Kerry Writers. If you get a chance to take this guided tour, I'd highly recommend it. Angeline, our guide, was full of enthusiasm for the work of the featured writers. She sang, played, recited and acted to bring to life the work of the various writers. She was brilliant and we all greatly enjoyed the tour. 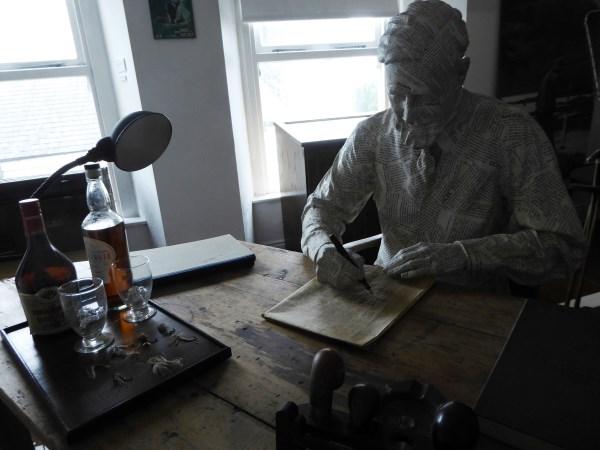 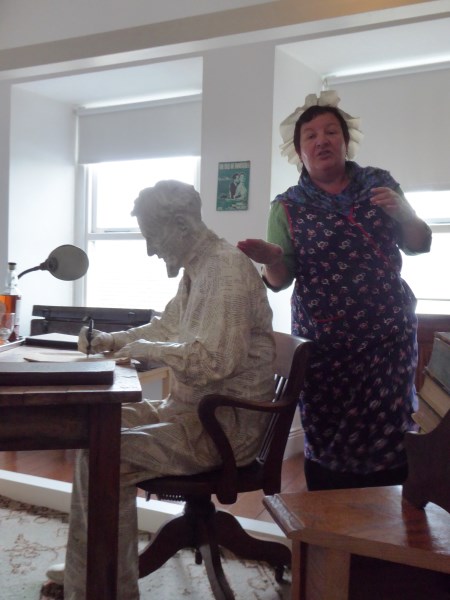 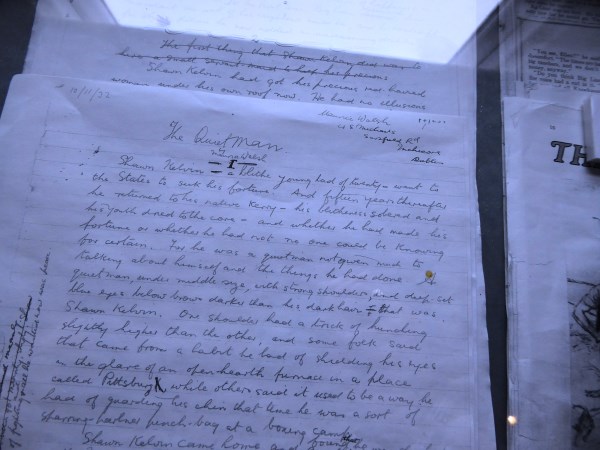 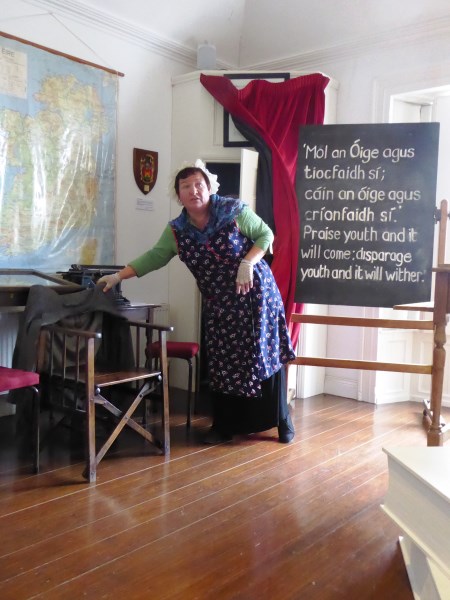 In the room dedicated to Bryan MacMahon she told us the story, recounted in The Master, of Bryan getting a young mahout to bring a baby elephant to the school. This seems really extraordinary to today's young people but a photo in the John Hannon archive shows a parade of elephants through the town to advertise the arrival of a circus. 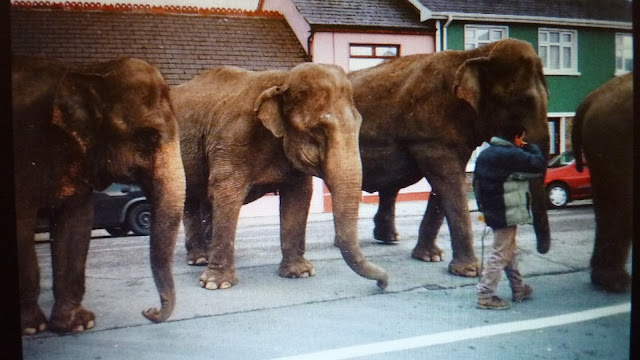 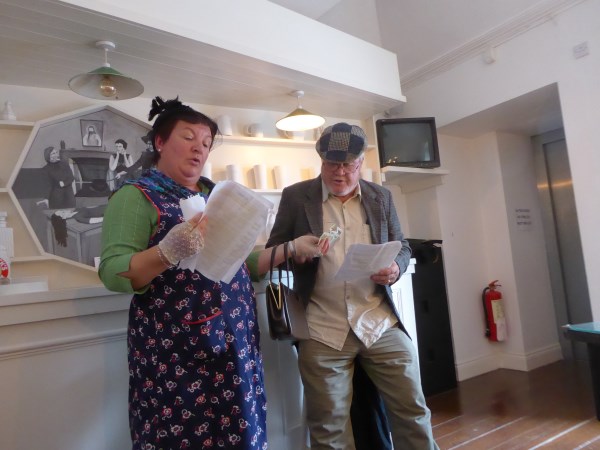 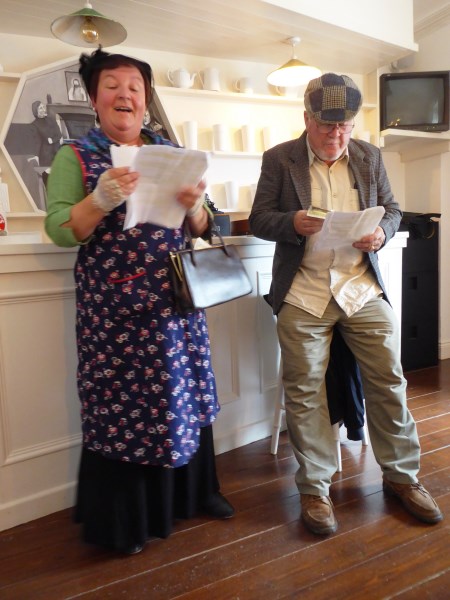 Paddy stepped up to the plate to play Byrne to Angeline's Big Maggie in the excerpt from the John B. Keane Play.

I missed this one earlier in the summer when Fr. Anthony Gaughan was presented with an award and the Kerry gang in the capital came out in force 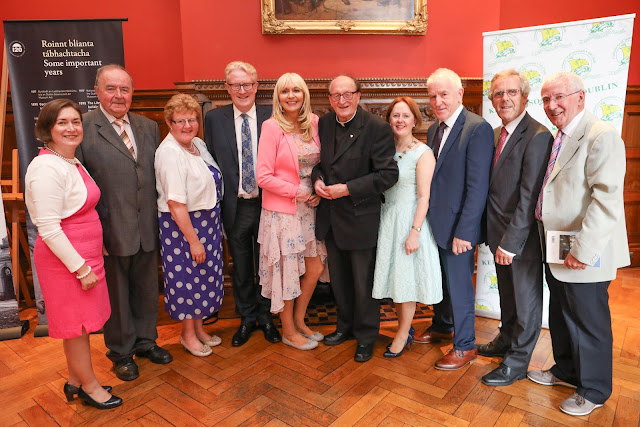 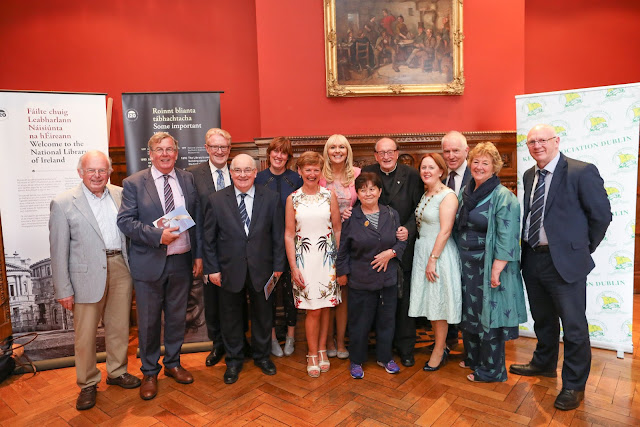 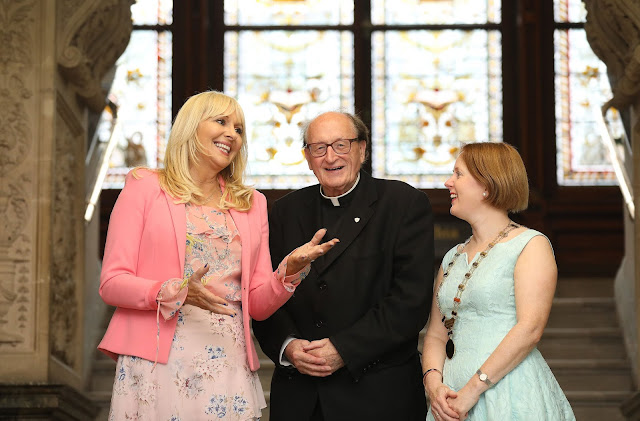 The highlight of the Seán Maccarthy Memorial Weekend was Seán Keane in concert Neil Brosnan was there and he met Brendan Kennelly with his sister and niece. 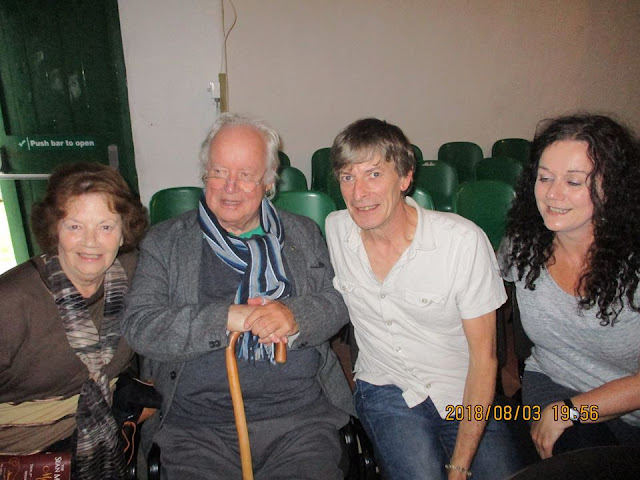 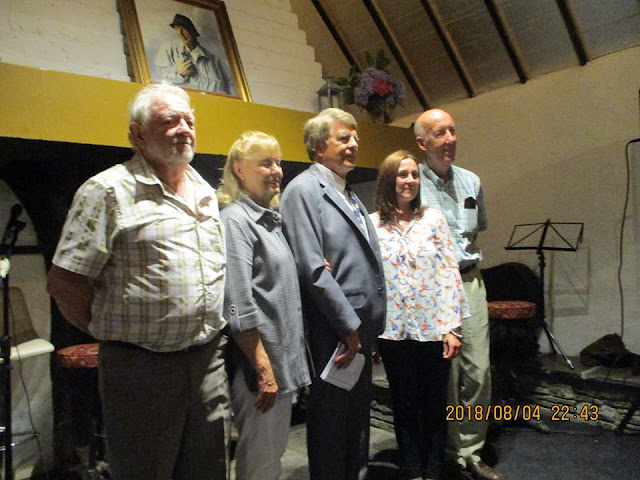 This photo and caption are also from Neil Brosnan on Facebook. 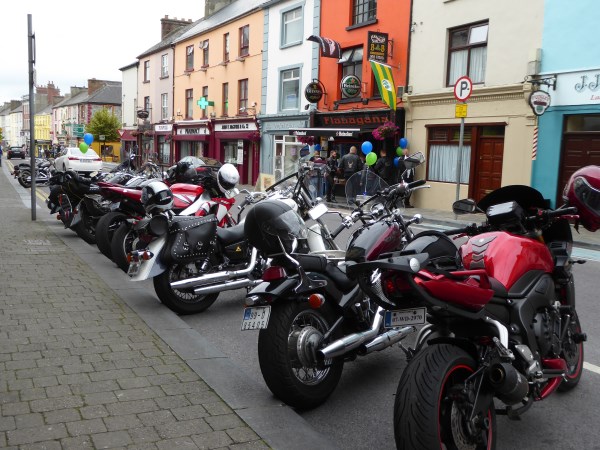 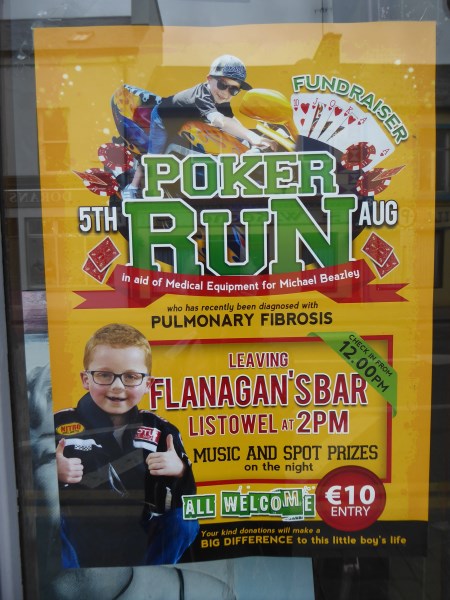