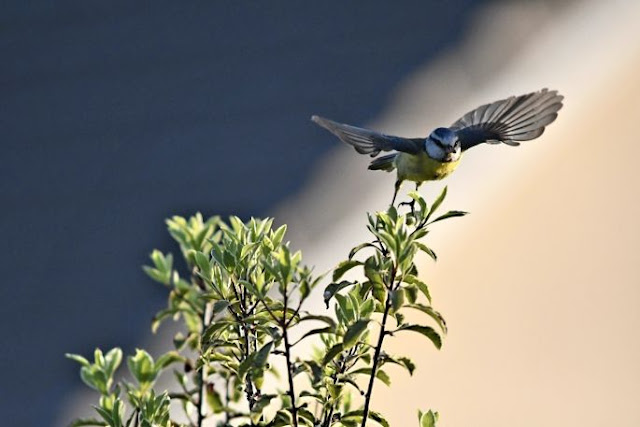 Readers of this blog know that I love a good wildlife photograph and one of my favourite wildlife photographers is Chris Grayson. The above photo is one that he entered for an Irish Times biodiversity competition. He didn't win but when you look at the others he was up against, you'll agree that it was a huge achievement to be shortlisted.

Here is the link;  11the Annual Biodiversity Photographer of the Year Competition 2018

and here is what Chris said about his image;

Blue Tit by Chris Grayson: "I took this pic in my Garden in Glenbeigh, Co Kerry. This beautiful Blue Tit and partner are happily nesting in a tiny gap in the stonework of my house. I caught this shot as she/he headed very quickly into the nest. They've been a joy to watch daily collecting caterpillars to feed their nestlings. Beautiful to see every day."

Bert Hickie and a Different kind of volunteering

Bert, who grew up in Duagh follows Listowel Connection from Melbourne

Hi Mary,
I love your blog & your entry about Molly made me LOL as I used to breed Cocker Spaniels when I lived in Duagh as a gorsoon to make pocket money which was spent quickly & foolishly, in hindsight.

I have lived in Melbourne Australia since 1971 but I’m still considered Irish because I never lost the “accent” so they tell me . I retired in 2014 & started travelling around Oz in a campervan, & I’m on my second trip to Western Australia at present , but I also volunteer with BlazeAid, an organisation that helps people affected by fire, cyclones, floods, & droughts.

I’m currently at a blazeaid camp in Cobden SW Victori,  replacing fences destroyed in “the St Patrickis Day bushfires” .  Its the middle of Winter here & its very similar weather that we used to get in late Nov in Irl. Cold,wet mud everywhere, thunderstorms, hail & sleet & sometimes frost in the mornings, but its all in a good cause & we get well looked after.

Your blogs keeps me in touch with all the local happenings in Listowel & the surrounding districts & sometimes little snippets of information that take me back to my days at St Michaels when I shared the same class as Batt Hannon, Seamus Brown, Michael O Keeffe Jim Keane, Maurice McMahon ,”Martin Sheehy & David Shaughnessy & Teddy Halpin,”all three  of whom I believe are deceased, also in that class was Thomas O Connor, Eugene Doyle ,John Moran, but my memory fails me on the other names.
Unfortunately, I cant say my days at St Michaels were happy ones. 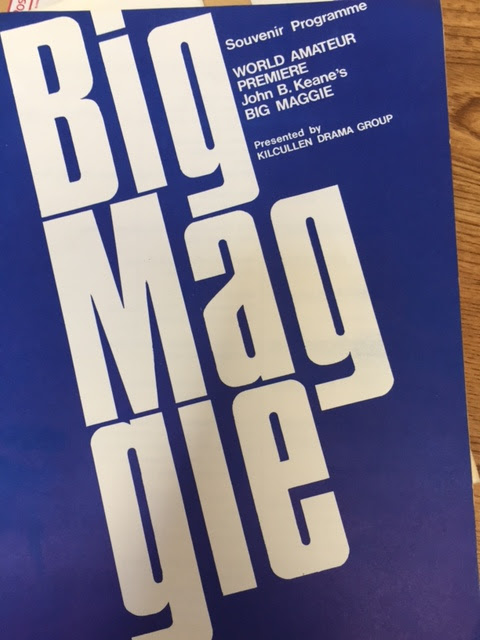 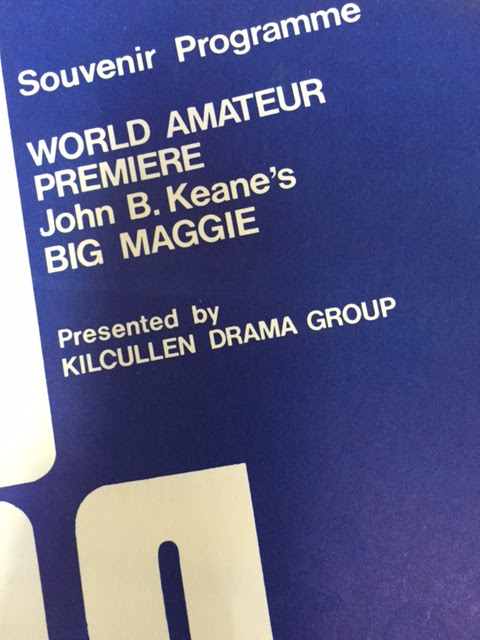 Big Maggie was first seen in a professional production in The Olympia in 1969. In the audience was a Kildare impresario, Paddy Melia. He couldn't wait to produce it with his amateur actors, The Kilcullen Players. An approach was made to John B. and, lo and behold, The Kicullen Players in Kildare produced the first amateur Big Maggie. They took it around to several drama festivals to much critical acclaim.

Dave O'Sullivan found the newspaper accounts for us. 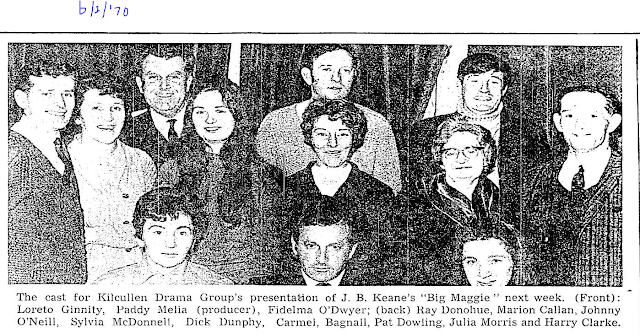 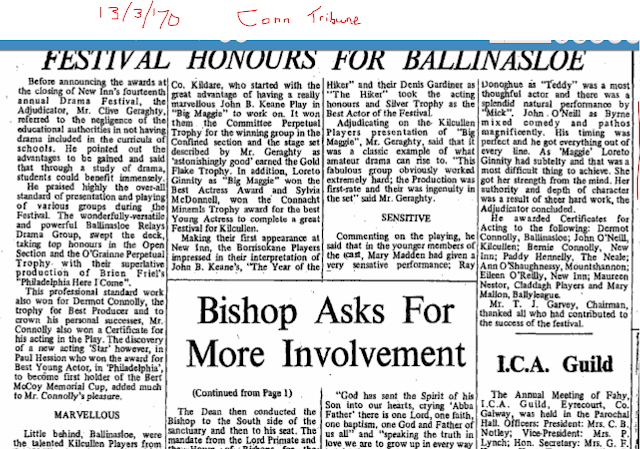 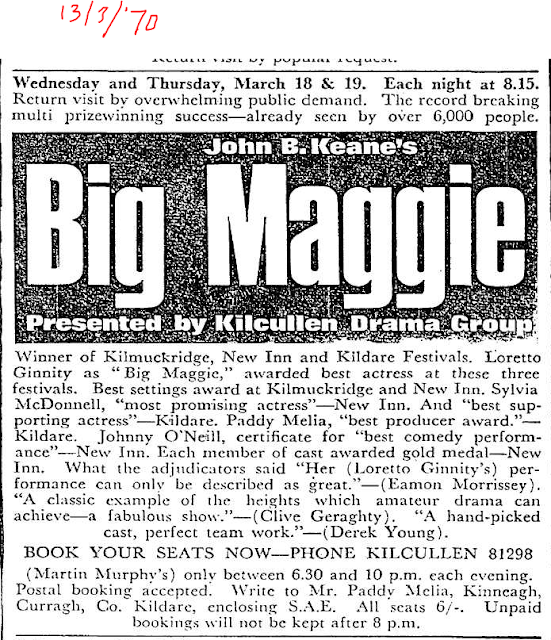 My connection with the Kilcullen Players is to Johnny O'Neill who played Byrne. My daughter is married to his grandson.

Johnny's daughter, Mary was only 10 when her dad played the part and she wasn't allowed to see it.  So when the Corofin Dramatic Society  performed it In St. John's, Listowel as part of of the Remembering John B. festival, Mary was delighted to finally get an opportunity to see the great play. Let's say she understood why her parents deemed it unsuitable. 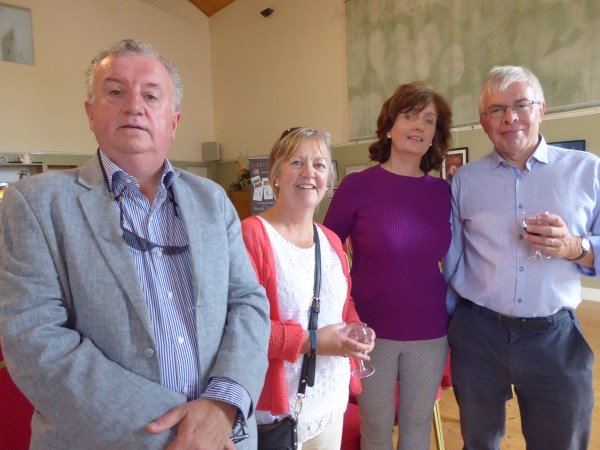 Mary (O'Neill) Mc Kenna and her husband Tony met Conor and Joanna at the festival. 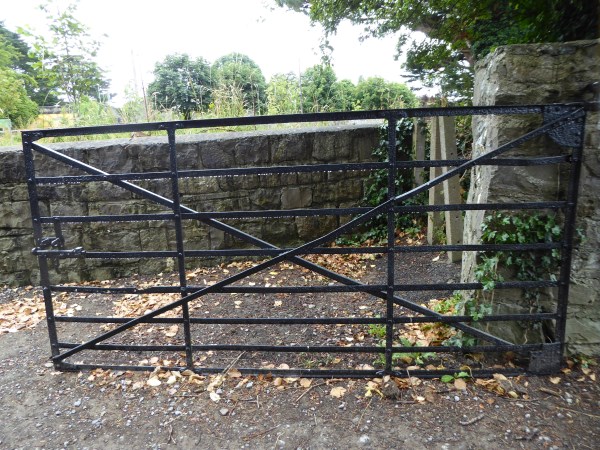 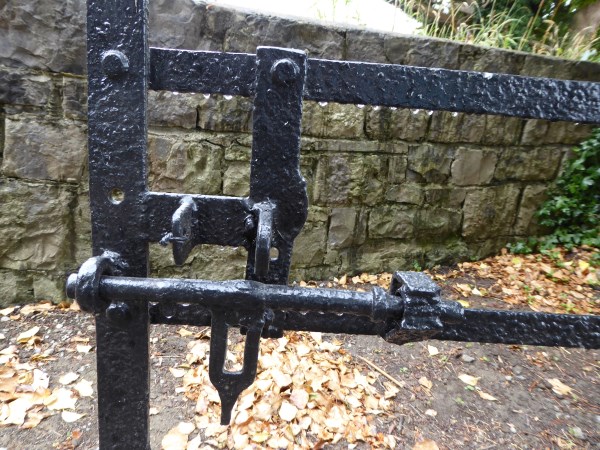 After weeks of drought It's great to welcome a drop of rain.
Posted by Listowel Connection at 07:30