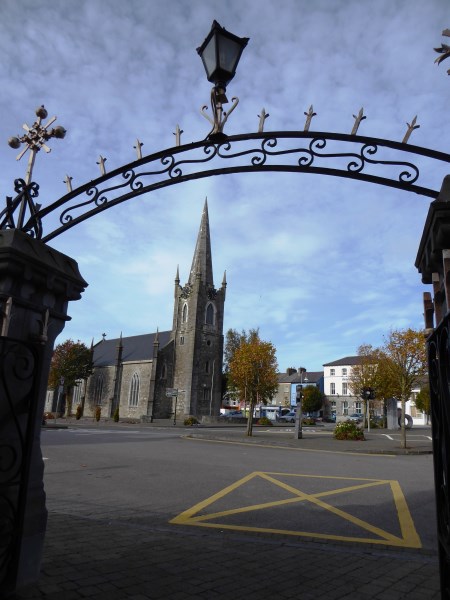 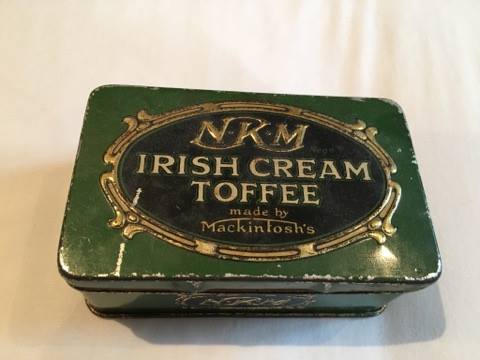 It seems that there are quite a few of these still about. Helen Gore bought this one on the internet. 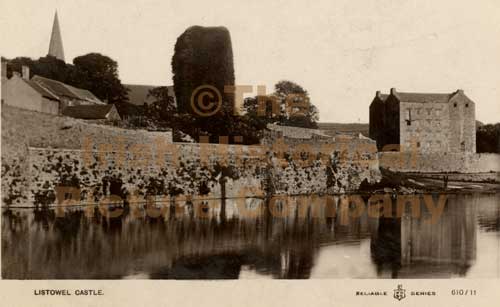 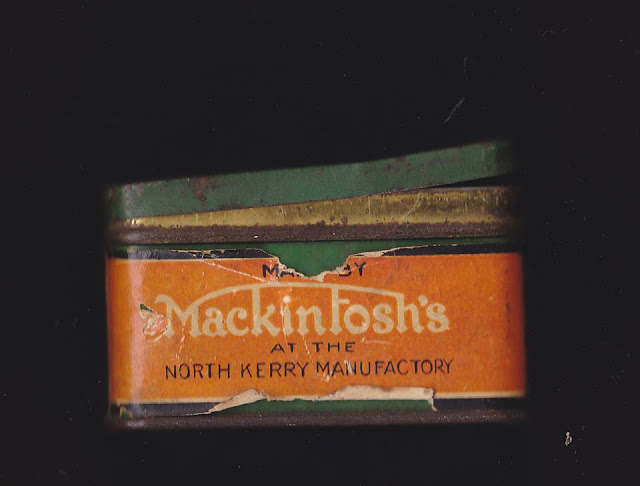 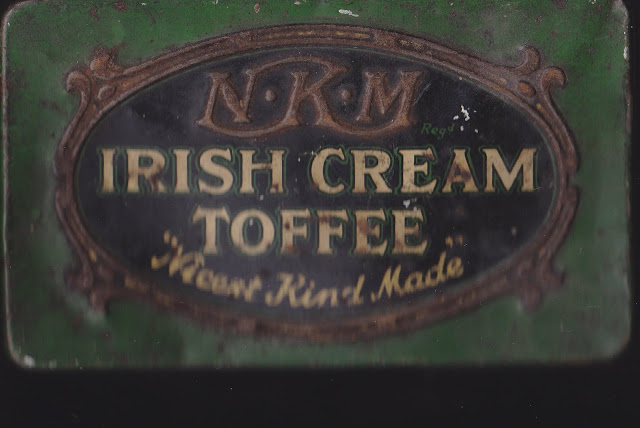 The tin box is an original from Listowel's sweet factory which traded from the old mill building, which occupied the site where Carroll's Hardware providers is now located. The mill, a fine, six floor, cut stone building, was originally owned and operated by the Leonard family of The Square. It was powered by water from a millstream, which ran from near the old ball alley to the mill. The mill closed in the mid 1800's, despite an effort by John Latchford of Tralee to buy the property. He subsequently build a mill back in Greenville.

The building served for a time in the early 1900's as a creamery, this was owned by George R. Browne. He also had a creamery at his property at Cahirdown. He had in his employment an Englishman, Thomas Armstrong. When Brown decided to sell his interest in the business, it was purchased by Armstrong. Shortly afterwards, Armstrong went into the manufacturing of 'Irish Cream Toffee Sweets'

The tin carries the initials N.K.M on the cover, with North Kerry Manufactory at the side, however with a play on the initials, the legend "Nicest Kind Made" also appears on the cover.
There is not much information on the business, however, we know that after a period of industrial unrest, Armstrong closed the factory in 1921. The Mackintosh sweet company bought the brand and continued making these sweets at Rathmines Dublin, under the brand name,'The North Kerry Manufacturing Co Ltd'


On hearing of the passing of Hugh Hefner, Mark Holan, in his great blog, wrote this insightful piece about our own playboy.