Preparing for Christmas 2017, Marie Shaw and a Wedding in Germany and Painted Ladies in John B.s 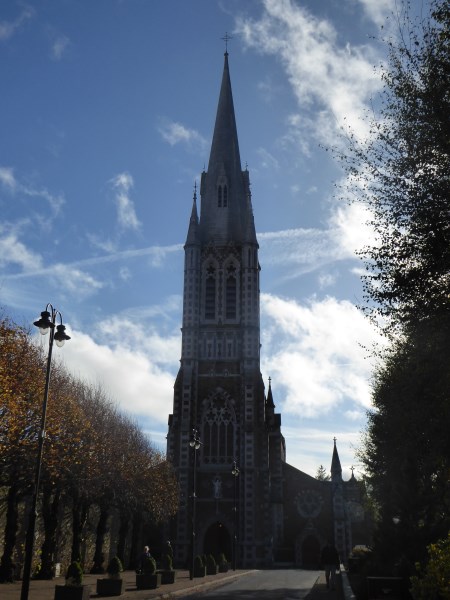 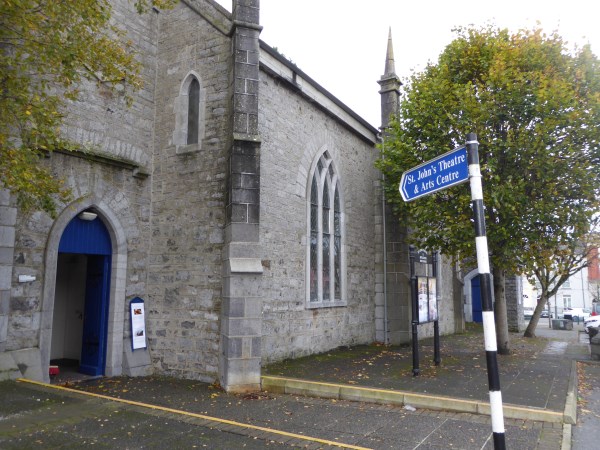 Great things are planned for Listowel at Christmas 2017
Local elves have been at work preparing a surprise for us all. The polar express will bring Santa into town this year and he and Mrs. Claus will meet North Kerry Children at the Lartigue Museum.
Keep an eye out for updates on this page;  North Pole Express 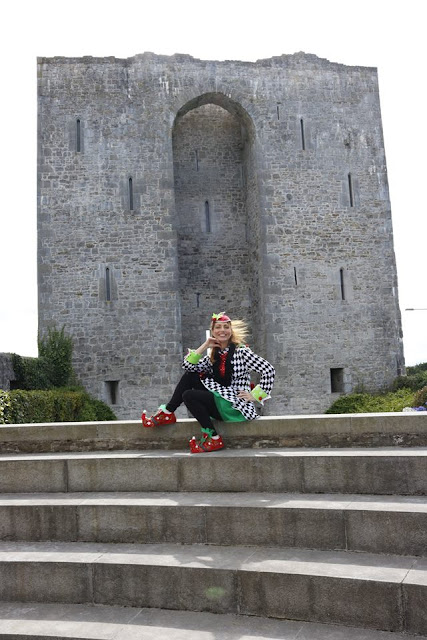 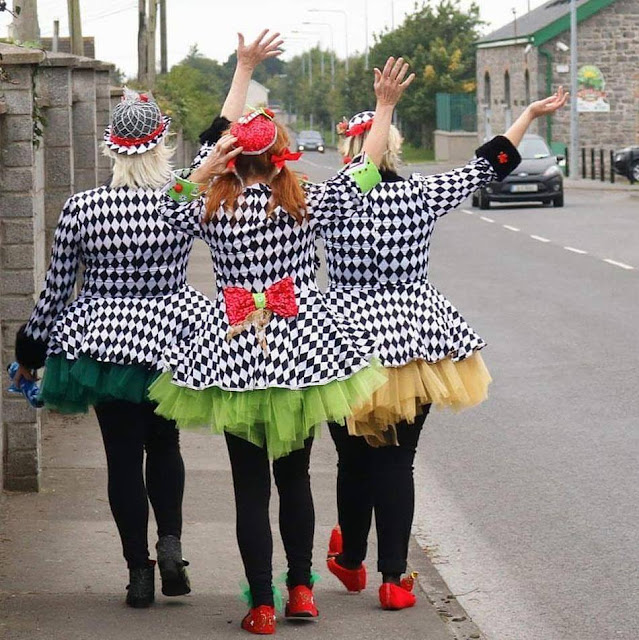 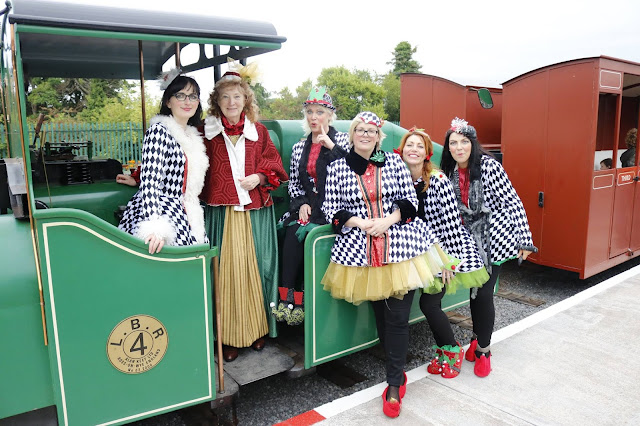 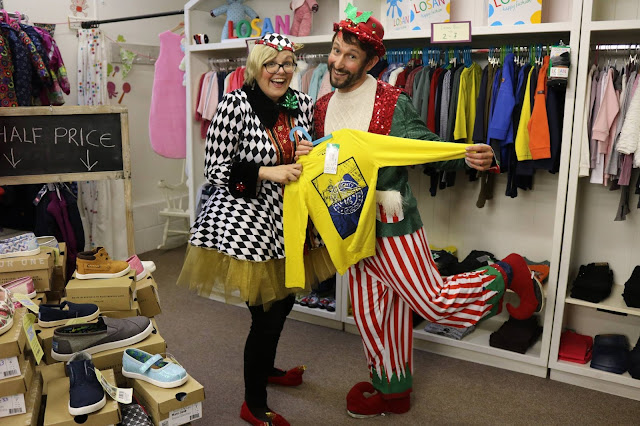 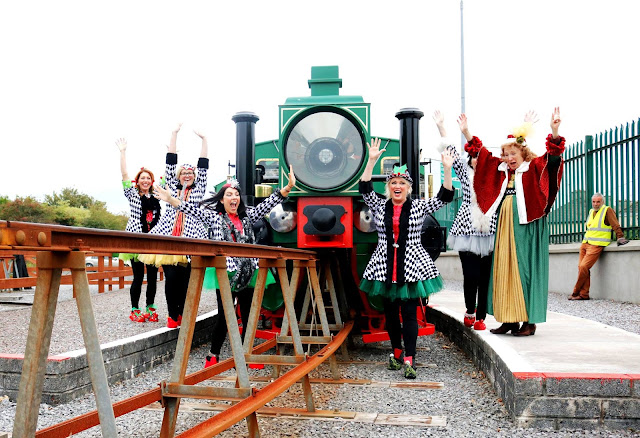 Marie Shaw remembers her Christmas in Listowel in the 1950s 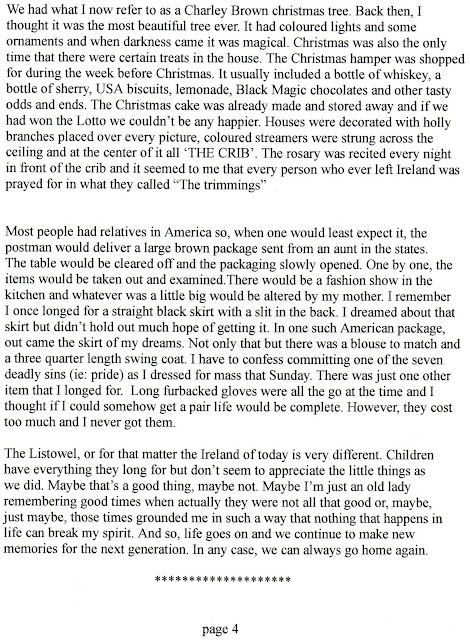 A Wedding in Germany with a Listowel Connection 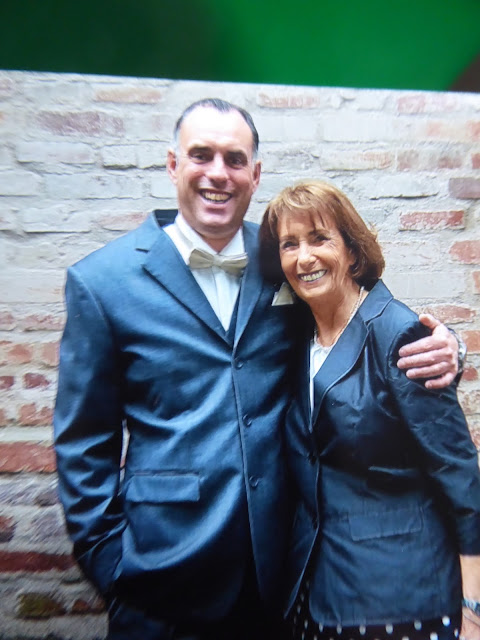 This is Mary Sobieralski of Listowel pictured with her son Mark on the morning of his wedding. 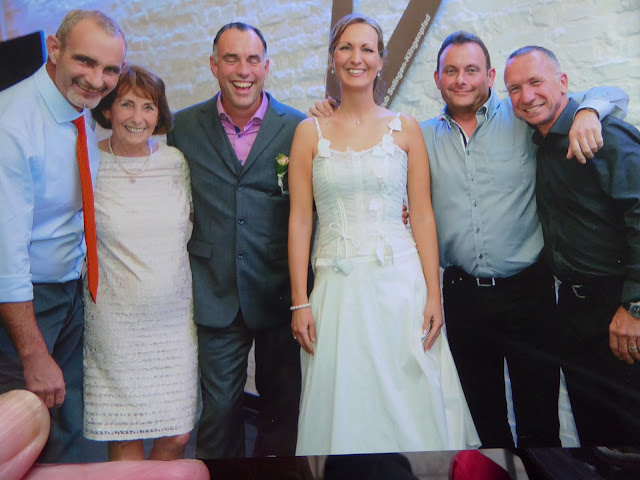 Mary loves Listowel where she spent her youth and happy years of retirement with her late husband, Wolf. But Mary's smile is broadest when she is in the company of her lovely sons and their families in Germany. This photo of Mary's family was taken later on on the day of Mark's wedding.

A Most unusual fundraiser in John B.s (text and photos by Mattie Lennon)

Mattie Lennon sends us this account of a great night in John B. Keane's Bar, Listowel. 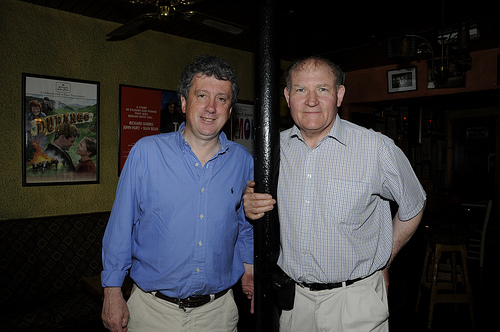 
BILLY KEANE AND THE (BRAVE) PAINTED LADIES.
By Mattie Lennon.
Good painters imitate nature. (Cervantes.)
Hard to argue with that but some painters  tell the story of the most poignant aspects of nature.
John B. Keane’s pub in Listowel has been home to ventures various and unusual in the past half century but on Thursday 12th October there was a new departure.   There are two body-painting events organised (for Dublin and Cork) during November, by  Bare-to-Care,  to raise awareness of breast cancer.  Ken Hughes and Eimear Tierney came to Billy Keane with an idea for a publicity event; breast painting!  Three brave women volunteered to bare all.  Ann-Marie Quigley who travelled from Portrush,  Bex Tolan originally from Donegal  and Siobhan Heapes from Cork all had had serious health issues.  All three women spoke honestly and openly about their   terrible experiences.   Anna had a double mastectomy and her partner, Jade, died from ovarian cancer in 2008.  Bex won’t ever be able to have children because of previous painful medical conditions and Siobhan Heapes had breast and ovarian cancer. 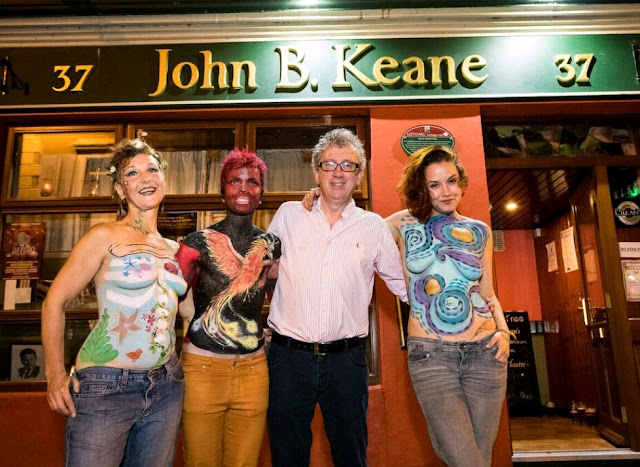 Billy Keane is an established author and one of our great Irish journalists.  His writing, about his own life, has, in my opinion, saved lives.  With Billy the devilment is always close to the surface and while Ken Hughes was the event organiser Billy opened proceedings on the night with, “I want to make a clean breast of this.”
Three artists, Stephanie Power, Ruth McMorrow and Ciara Patricia Langan, in the words of Billy Keane,”Formed a bond with the human canvasses.”
Tennyson wrote of how,” . . .blind and naked ignorance delivers crawling judgements unashamed . . ” 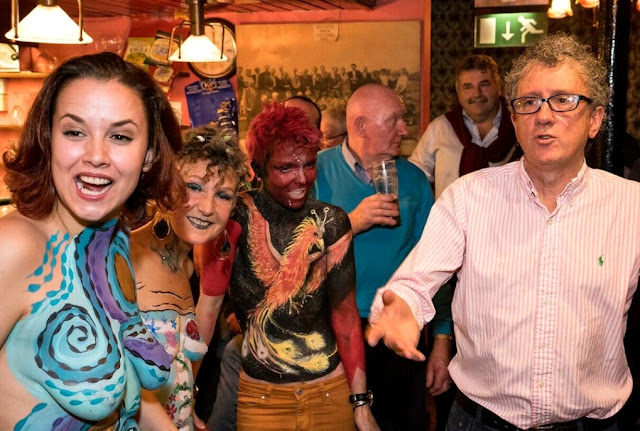 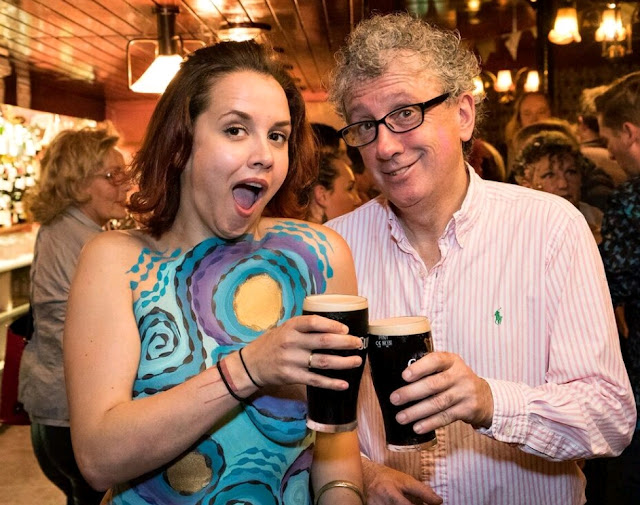 “Naked” and “ignorance” were side by side in John B’s on 12th October; One couple got up and left. The female said to Billy, “What would your mother  and father think of this? They are turning in their graves. “  I know what Billy’s parents, who both died of cancer,  would think.  They would think that thank God they had reared a son who is doing something to highlight that dreadful disease.  There was certainly no whirring sound in Listowel cemetery that night .  John B. and Mary were not spinning in their graves.  And Billy Keane was too well reared   to reply to such an ignorant comment. 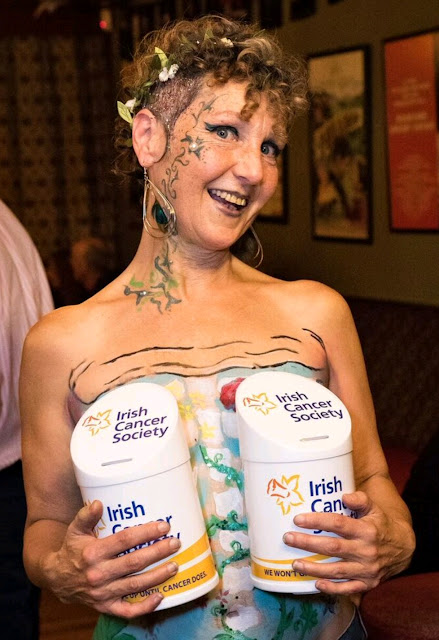 Bare to Care Dare will take place in Cork on Saturday November 11th and in Dublin on Saturday November 18th. Hundreds of women will come together to celebrate their bodies, their breasts and above all to support each other. To tell their own cancer survival stories. To be proud and celebrate their new post mastectomy or reconstructed breasts. To lighten their spirits while going through treatment right now. To tick something off their bucket list. To laugh and have fun, to share and to support. Those that have lost loved ones to cancer will bare all in memory, to show their thanks to the support the Irish Cancer Society give every day to thousands of women all over the country.
Eimear Tierney, Spokesperson   told me, “From our perspective, we were thrilled that Billy agreed to get on board with the charity and publicize our campaign. We were elated when he suggested a promotional event in John B's. It's hard to describe the atmosphere and spirit of giving and camaraderie that Billy created that night. Not only did he manage to raise awareness and promote the campaign, he and the guest performers  captured the whole ethos of Bare to Care. The volunteer canvasses were made to feel brave, beautiful and vital by every person that attended the event. He promoted our Bare to Care events as planned but he also provided a safe space for the girls to share their stories and celebrate their womanhood and survival.   We are in awe of Bill's talent and generosity and we couldn't possibly have found a more worthy and appropriate advocate for what we are trying to achieve with these events. We hope that it has inspired women to be brave and register for one of our two events.” (Eimear may be contacted at; hello@baretocare.info)
Anna-Marie had an eagle painted on her front but not everyone knew.  One woman asked, “Where did she get that beautiful top with the eagle on it?”  Of course she was in Kerry so the answer came like a shot, “Penney’s.”  Where would you get it.
I’ll leave the last word to Billy Keane, “  I learned a lot over the last few weeks. There is so much going on in women’s  bodies.  We need a national conversation, education and more  bare, brave ladies.”
Billy insists that the pole in the centre of the bar is there to support the roof and there will be no pole-dancing in the future! 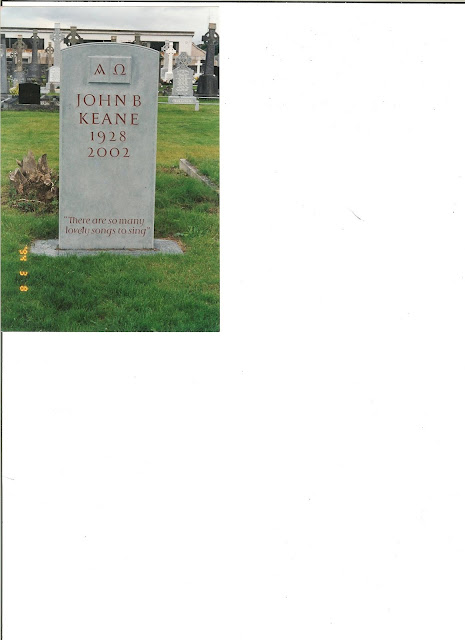 There was no turning in graves
Posted by Listowel Connection at 07:30