Everything  to Play For

Bealtaine is the title given to events during May, celebrating age and creativity.  Every year activities and celebrations are held all over  the country highlighting life long creativity.

This year Listowel's Bealtaine event was held during Listowel Writers' Week 2017. Poets, singers, musicians and sports stars and commentators were gathered in the ballroom of The Listowel Arms for what proved to be a great event.

It wasn't all old people at all. Catherine Moylan who introduced the event and John MacAulliffe who facilitated it are mere whippersnappers. The poets and musicians are in their prime and the great Micheál O Muircheartaigh who was the oldest contributor is the most youthful octogenarian in Ireland.

The theme was sport and people read from the book, Everything to Play for. This book was the basis for this event and I'd recommend it. It's a great book to dip in and out of. Many of the poems are short and pithy. 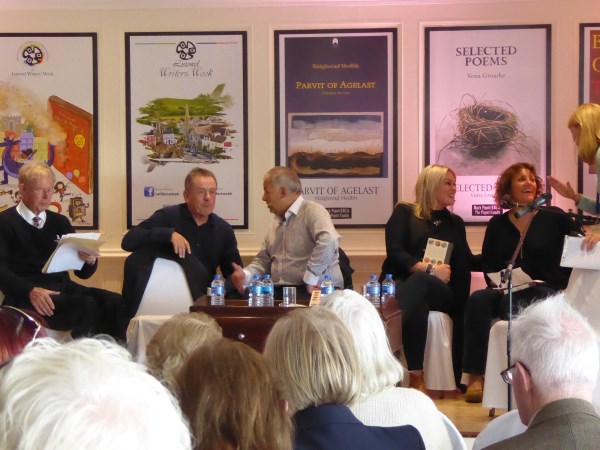 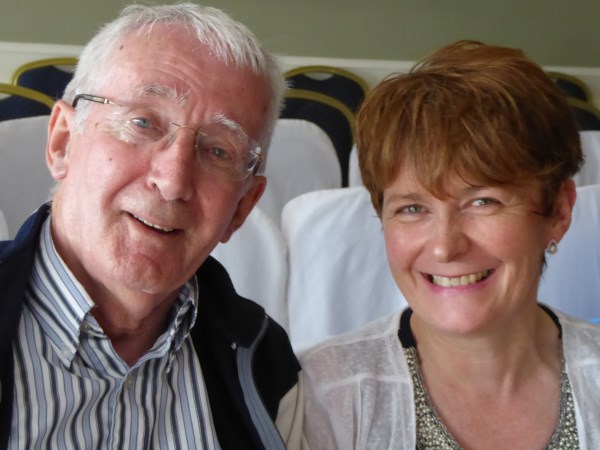 In the audience Eamon O Muchú and Karen Trench. 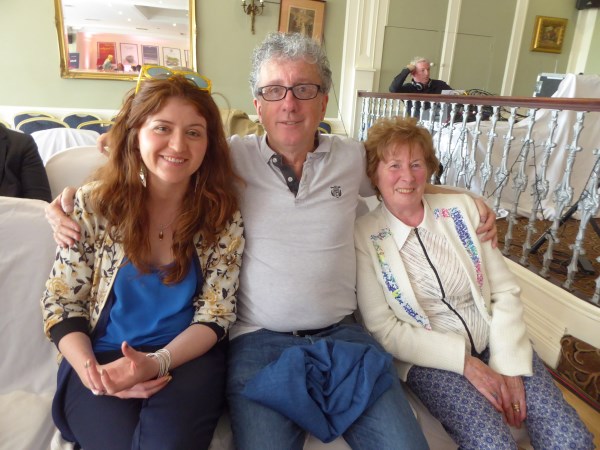 Billy Keane was among women. 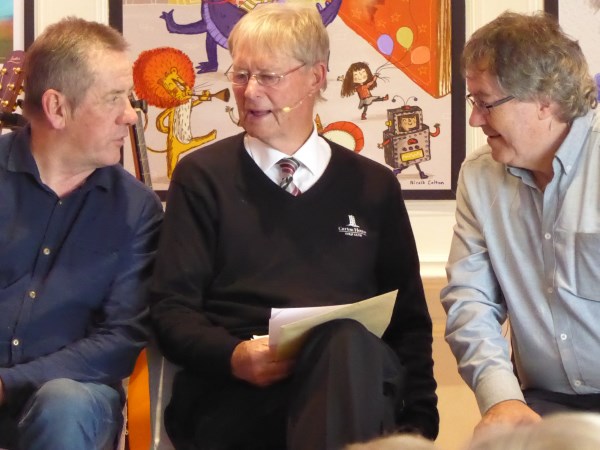 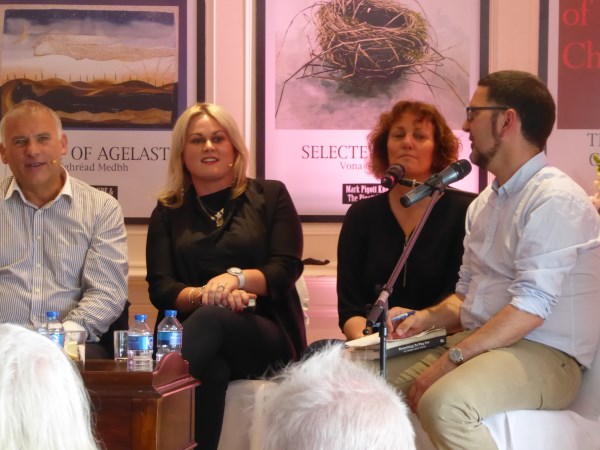 Tony Ward who is not a poet was in the poets' corner with Enda Wiley, who read a great poem entitled Ryan Giggs is a Ride. Not all the poems were actually about sport. They just had a sporting connection. Elaine Feeney is next to John MacAulliffe. 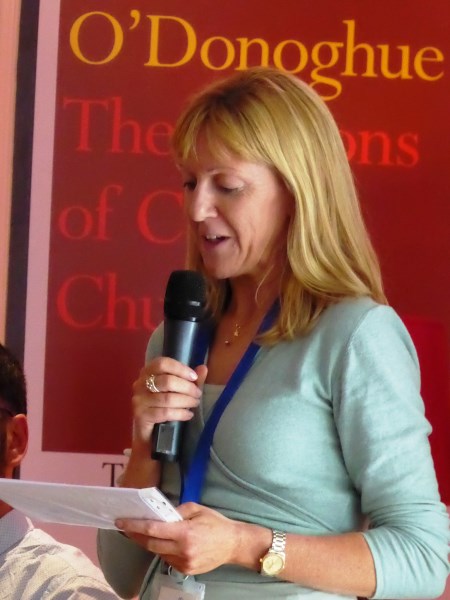 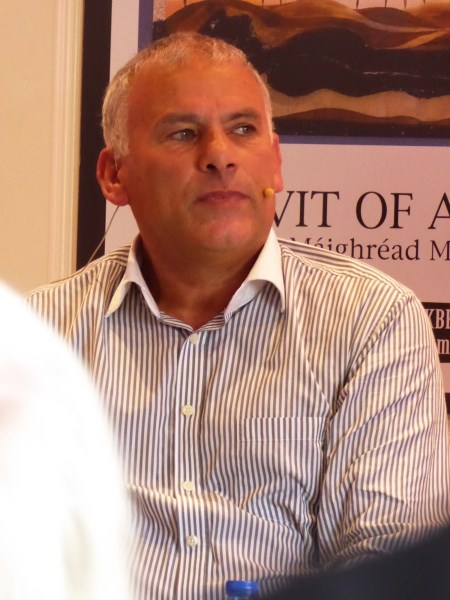 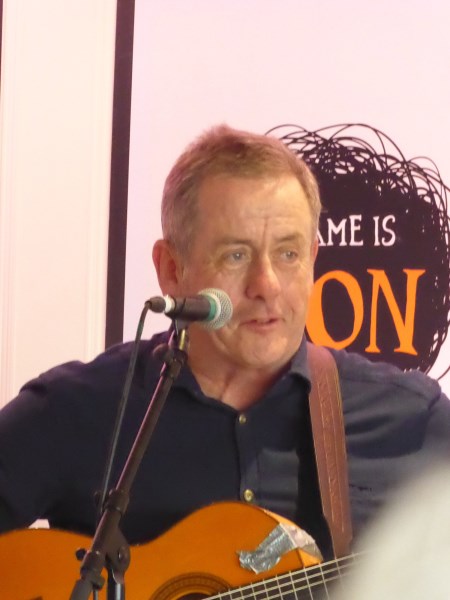 Luka Bloom is from Kildare. He did not have as many successes as Gabriel Fitzmaurice to sing about. He did tell us a little known fact. Sonia O'Sullivan is half Kildare. He was for claiming the half that can run. He sang a song that has become a sports anthem, The Fields of Athenry. He sang it as it should be sung, with emotion. 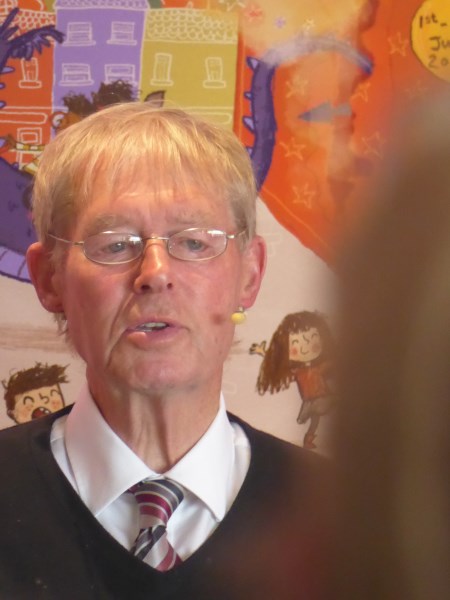 Micheál took a risk and recited a poem in praise of a Cork man, the great Christy Ring. 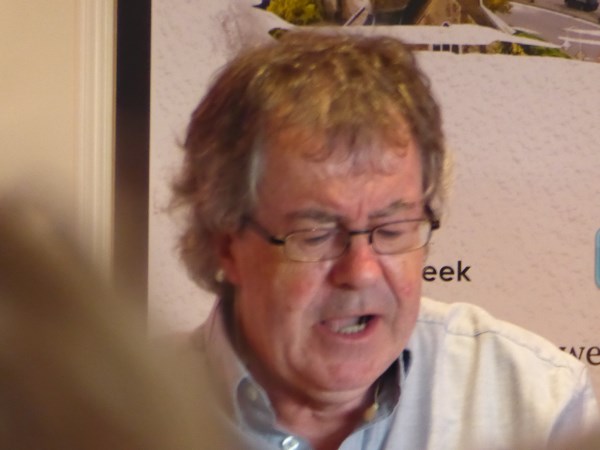 Gabriel Fitzmaurice went one better and sang a ballad about a local Moyvane victory. It is the convention in such ballads to name every player on the team and so he did.

I thoroughly enjoyed this event. 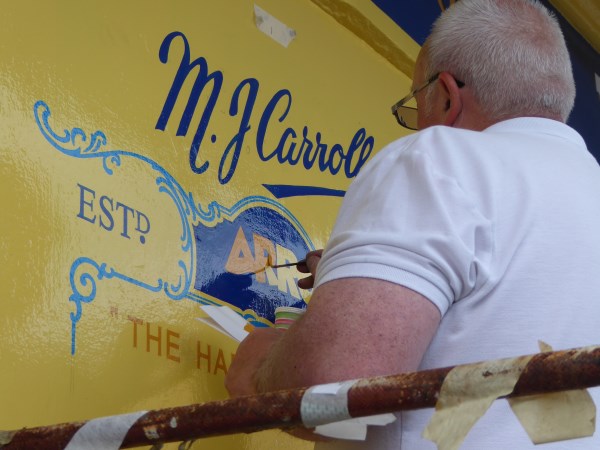 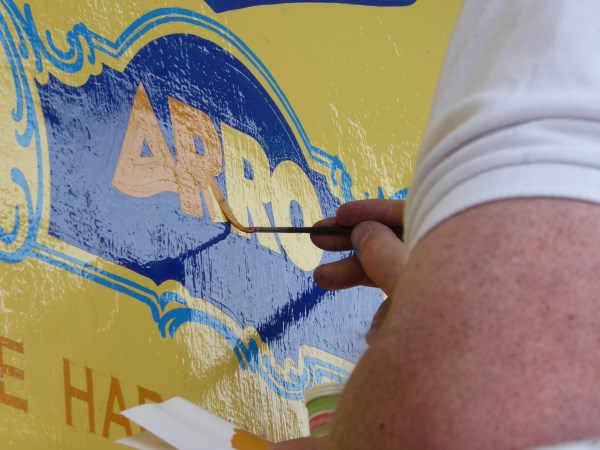 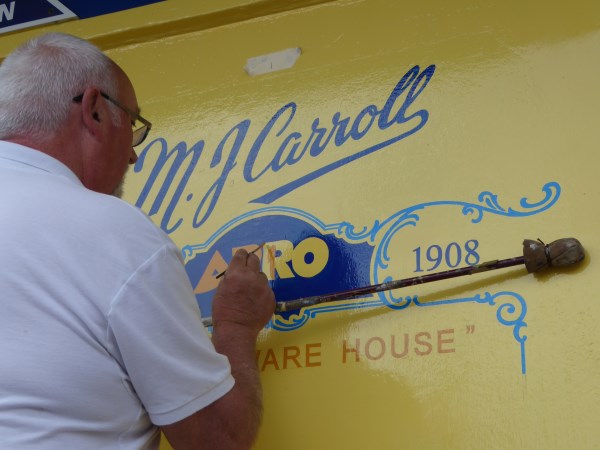